Brüel & Kjær LAN-XI Data Acquisition System is highly flexible due to its modularity. These individual modules can be collected or distributed at will, allowing diverse parts of an organisation to each use some modules, and then combine them for larger tests whenever necessary. 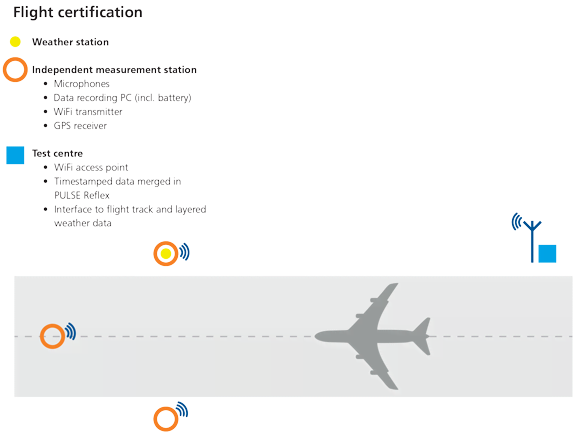 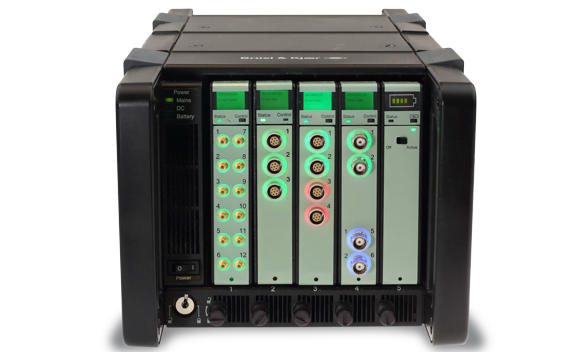 With independent, synchronized data acquisition stations, a whole new world of flexibility is opened up. Unlimited by the impact of cable length on signal quality, the whole data acquisition system can span large distances – making it perfect for acoustic flyover research and certification tests. Here, the completely independent acquisition stations are like nodes in a virtual network. The only cables needed on the ground are the short transducer cables, so they don’t need to cross runways, and reduce the danger of damage – such as from lightning strikes. Structural analyses of large objects, like a Ground Vibration Test, are also vastly simplified.

Data merging takes place at a central station, and for very large distances this can take place via WiFi transmission. Yet such a system doesn’t depend on perfect WiFi connectivity, or even consistent connectivity. Because the data is independently recorded at each station, and the GPS timecode is stamped into the data, these independent data sets can be merged at any time, in a post-processing environment like PULSE / BK Connect. The system will normally perform this immediately (and automatically), but when that is not possible for connectivity reasons it will simply do it later, when the connection is re-established.

Test control is also centralized in a control room from where all of the independent acquisition stations are operated – wirelessly or not – and where personnel are safe from loud noise events like sonic booms. Here, testers can start and stop measurements, and even live stream some channels to monitor actual measurements.