It is a philosophical realisation that no perfect measurement can be made. While we might trust instruments completely, they rely on mechanical and electrical mechanisms that are affected by the stresses of the world.

So we rely on all instruments to be good enough. Even on space vehicles, the most accurate, critical measurement instruments give readings within an acceptable margin of error – the ‘uncertainty budget’. It is one thing to build an instrument with the precision to do this consistently. It is another to relate the values the instrument shows to an ‘absolutely’ correct authority – the goal of calibration. But maintaining these abilities through the rough and tumble of atmospheric changes, daily knocks and material fatigue requires regular checks, in the form of recalibration.

“For certain businesses like helicopter manufacturers, calibration is critical,” says Greta Koch, Brüel & Kjær’s Calibration Production Manager. “Accelerometers monitor their gearboxes’ health, but if the system doesn’t detect an error because it is not calibrated to measure correctly, the consequences could be catastrophic.”

So why can't an instrument measure perfectly?
Because instruments do not define what they measure, although we might think they do. Instead they react to phenomena and compare them to their imperfect ‘memory’ of an absolute, primary standard. The phenomena themselves exist absolutely and faultlessly. The instrument merely describes them and cannot do so perfectly because it is made of solid materials, and physical forces affect its structure and therefore its readings. 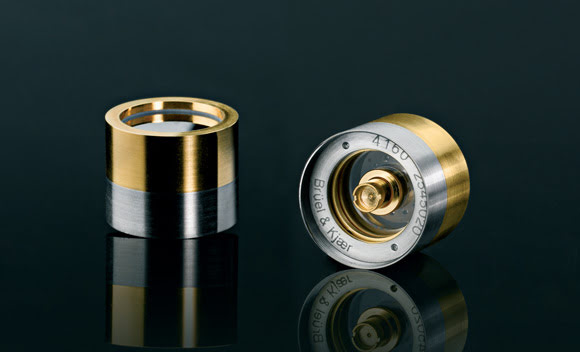 Quality, speed and efficiency
For manufacturing industries, which depend on how well products are made, calibration is the key to consistently outperforming competitors on quality. Without re-calibration, end-of-line test equipment – such as at a mobile phone factory – can appear to function correctly while concealing decaying accuracy.

And inaccurate tests lead to customer warranty complaints, damage to the manufacturer’s reputation and expensive recalls – along with unplanned production downtime.

Within a large organisation, the design, engineering, production and validation time of any product – from a truck to a satellite – depend on reliably relevant, timely and accurate measurement data, and on complete confidence in it. Any discrepancies cause friction and delays, so the unquestionable, uniform baseline that calibration provides assists hugely with data confidence. With less questioning, troubleshooting, and reworking, time-to-market is inevitably reduced. Meanwhile, efficiency is enhanced by fewer design changes, and less wastage from false rejections of passable products.

Calibration is always performed before and after adjustments, allowing users to verify their results to date, to analyse trends and see how accuracy drifts, and predict when results might occur outside of the designated uncertainty budget.

Protecting consultants
Neglecting calibration can have consequences that resound through different businesses. Acoustic consultants make measurements that their customers depend on, both legally and economically. They can affect large decisions, like choosing the most economical windows necessary for a tower block. An acoustic measurement on a building project can contribute to the overall noise tolerances of the building. But if the noise level inside the finished building proves too high, it can be hugely costly to rectify. And if this is due to an erroneous instrument that hasn’t been calibrated in the time specified by the relevant ISO or IEC standard, the acoustic consultant could be liable. The only defence is a legal basis for measurement integrity – accredited, traceable calibration.

Why do people skip calibrations?

Technological overconfidence
Some people think that digital instruments don’t need it, but they all do.
Legal ignorance
Some don’t realise that to measure to ISO standards or national standards, their instruments must be calibrated regularly.
Cost
Calibration requires downtime, but to skip it can create a false economy. According to a survey commissioned by Advanced Technology Services in 2008, the average cost of poor quality calibration for US manufacturers is $1,734,000 each year. Looking only at large companies that generate revenues of over $1 billion per year, the annual average is $4,000,000.

Traceability is everything
Since no instrument can measure perfectly, no measurement can be trusted unless the instrument has been recently calibrated to read within a specified uncertainty budget at a calibration lab. Then the calibration lab’s own reference instruments have to be recently calibrated to a tighter uncertainty budget, and so on up an unbroken chain to the top laboratory in any jurisdiction: the primary laboratory.

This traceability hierarchy is fundamental. The only defence against an endless spiral of relativity is the ability to trace – through a secondary lab – every measurement anyone makes anywhere to one of these primary labs. As Henning Ploug, Calibration Manager at Brüel & Kjær says, “The validity of this entire chain depends on the integrity of the instrument above it. Any error can mean questionable results, and can extend damage exponentially out through different businesses.” 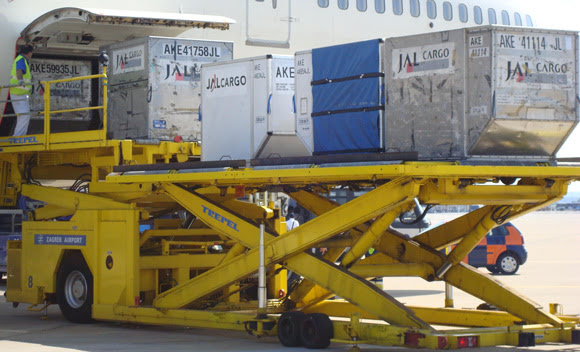 If a plane is certified to carry less cargo, it can mean millions in lost earnings. Inaccurately calibrated equipment could result in the take-off noise level being measured at the limit, when in fact it is 0.1 dB below. This leaves unused noise potential, which would allow more power – permitting more weight.

Secondary laboratories
These workhorses of the calibration eco-system perform normal calibration on a huge amount of instruments – over 10,000 calibrations per year in Brüel & Kjær’s Denmark lab alone, on 1500 different types of instruments. Here experts rigorously check important parameters in controlled atmospheres, relating all measurements to their own reference instruments (highly accurate microphones and accelerometers). Most measurement procedures are dictated by IEC and ISO  standards, for which secondary labs must keep over five years of records.

Most instruments should be recalibrated every year, or even more often. It depends on the level of use and temperature fluctuations they receive, since more wear, tear and dust will affect accuracy sooner. Calibrations take about a week because of the rigorous procedures needed. Nothing can be rushed, and instruments must first acclimatise to the precise humidity and temperature, and stabilise for between four hours for basic instruments, up to 24 hours for primary reference microphones.

Partly to save shipping and customs delays, Brüel & Kjær has 12 secondary labs around the world, making over 30,000 calibrations per year. These are all legally verified in the countries that require it and certified by national accreditation bodies – the highest authorities in their respective countries. These bodies check procedures, record keeping and competence. Above all, they ensure the measurement chain remains unbroken up to the highest authorities of all: primary laboratories. 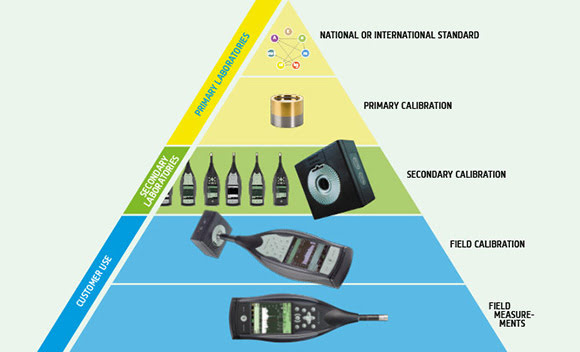 Primary laboratories
Primary laboratories create, maintain and disseminate standards to the rest of the measurement world; to secondary labs and organisations that need a very high degree of accuracy. Aircraft manufacturers are one example. “For them, a 0.1 dB error can mean serious costs,” says calibration expert Erling Sandermann Olsen. “If an aircraft’s noise level exceeds the stated specifications, they can get heavy fines from airports. And if an engine received an incorrect noise certification, it could prevent aircraft from operating at some airports entirely.”

Denmark has one of the most active primary calibration laboratories for acoustics and vibration in the world, the Danish Primary Laboratory of Acoustics (DPLA) which is partly run by Brüel & Kjær, although it’s a completely separate entity. At DPLA, only reference transducers are calibrated, such as reference instruments from secondary labs, and Brüel & Kjær’s own production line testing equipment – which are compared to primary reference instruments.

Some organisations, especially aircraft manufacturers, have so many instruments that they can’t afford the time to send them away, and invest in their own secondary calibration lab. These, as well as other secondary labs worldwide are served by Brüel & Kjær’s commercially available reference instruments and calibration equipment. Through such Brüel & Kjær reference instruments, a very large share of the world’s sound and vibration measurements are traceable to DPLA.