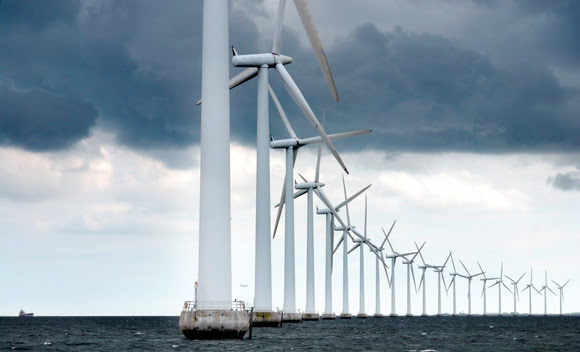 Blade maintenance – a necessity, not a luxury
Even though they are designed to last for 20 years, damaged or faulty wind turbine blades can reduce overall productivity and have to be repaired. By carrying out a thorough yearly inspection, the operator reduces the risk of a catastrophic failure by highlighting issues and taking action before it becomes a serious problem that could result in costly repairs and lost revenue. Blade damage is due to wear and tear from the natural elements and because of manufacturing defects and transportation. The most typical damage appears in the form of cracks and delamination. Wind turbine blades can be damaged or degraded by several factors. Over time, sand, ice, rain, sun and lightning constantly strike the moving blade and have serious adverse effects on its leading edge and structure. Worse still for off-shore installations, salt crystals can be a major cause of erosion and cause moisture diffusion within the blade structure. As a result, regular inspections and ongoing maintenance are not simply a luxury, they are a necessity.

“The main challenge is detecting different types of blade damage while dealing with the noisy and changing environment in which the measurements are being made.”
Lasse Lohilahti Mølgaard, PhD, M.Sc.EE Senior Researcher, DTU Compute

Manual inspection shortcomings
The wind industry is growing fast – turbines and their blades have increased in size and numbers, and as a result, the industry demands greater equipment reliability. Consequently, wind farm operators and OEMs have been searching for a condition monitoring system capable of detecting adverse conditions and predicting failures, in order to help minimize risks and prioritize repairs. Currently, there is no real-time health overview of blade fleets. For many operators, manual inspection continues to be the method of choice to determine the health of a blade. However, for many reasons this is not an effective solution. Manual inspection involves a hands-on, visual check of the rotor blades that must be conducted by highly qualified technicians hanging from ropes or using special working platforms. 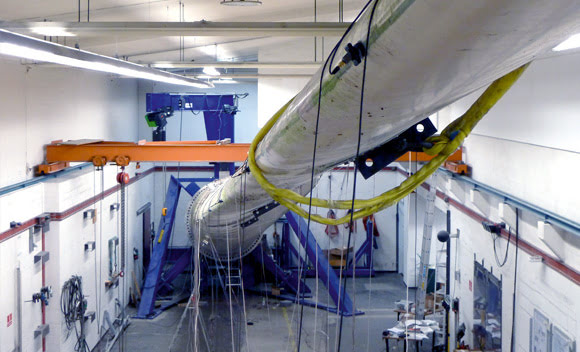 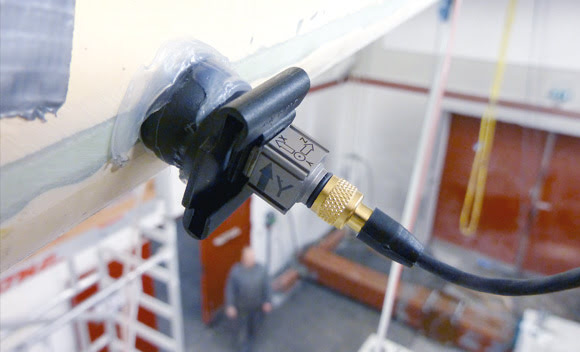 This means that the inspection process is limited to the surface of the rotor blade or tapping the blade to get an idea of its structural integrity, both of which are widely open to human error. Furthermore, damage can occur before or right after inspections and each blade has to be checked individually, which is timeconsuming, costly and dependent on weather conditions.

This kind of maintenance is also an expensive process due to system downtime. During inspections, the wind turbine has to be withdrawn from service for up to a full day and the process can only be performed under certain conditions (such as wind speeds of less than 10 m/s) by industrial climbers – in groups of three, due to safety rules. Worse still, these issues are magnified for the off-shore sector, where wind farms are considerably larger and the use of lifts and platforms is very difficult due to the swell of the sea. The marine environment itself makes working conditions psychologically and physically stressful and often the turbines are up to 200 km from land, so the timeframe for working on location is limited, and workers must be transported there by boat or helicopter every day.

What is the EUDP?
The EUDP is a Danish organization that supports the development of energy technologies that create growth, secure supply and enable Denmark to become independent of fossil fuels. With a budget of roughly EUR 250 million each year, the EUDP has been instrumental in helping Danish businesses to create world-leading solutions to both local and global energy issues.

Taking up the automation challenge
As a result, a variety of automated methods and technologies – known as structural health monitoring (SHM) – have been tried and tested in an attempt to find a better approach. SHM is a relatively new field, and there are only a few projects already running in other industries, such as monitoring bridges and buildings in seismic areas. Some of the techniques used for SHM elsewhere have been adapted for wind turbines with limited success, including strain gauges, acoustics, lasers and thermography. 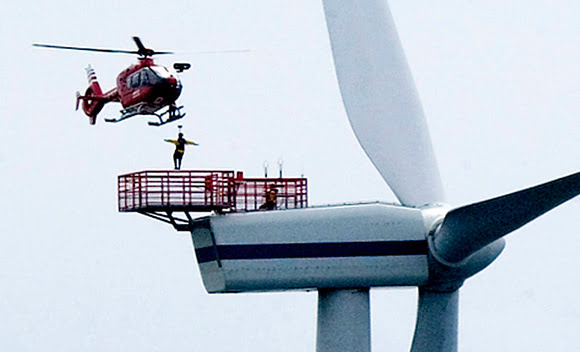 Working toward an intelligent, accurate solution
This method points the way to a future solution that will enable vibration data to be gathered, pre-processed and transmitted wirelessly to the ‘cloud’, which allows for quick data transfer, storage and processing. Based on advanced algorithms, several levels of analysis take place in the cloud, and if damage is detected, a report is issued to the wind farm operator via a Web-based interface that details which turbine
blade is affected and to what extent.

Blade health monitoring will optimize the inspections and maintenance schedules, by providing the owner/operator with a unique ability to get a daily updated overview of the health of its asset, and constantly assess which blades need  aintenance and when. This results in the ability to optimize a scheduled maintenance programme that decreases the cost of energy due to: 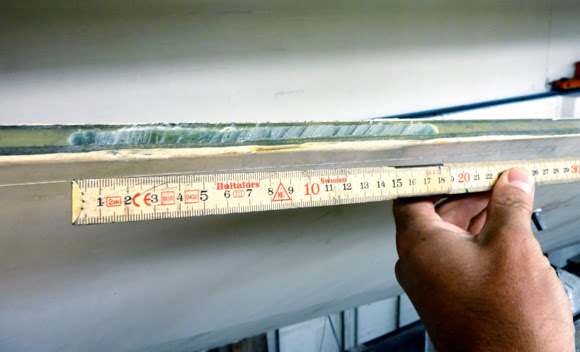 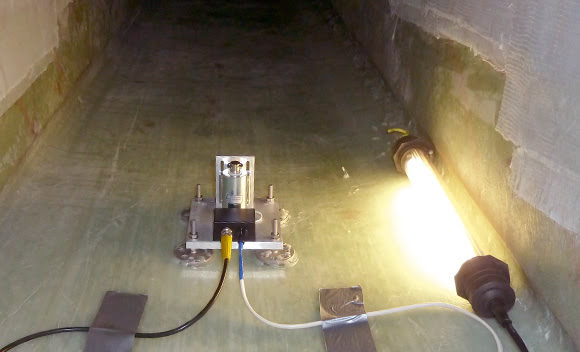 The suggested technique is able to detect the shown damage: a 20 cm opening on the blade’s trailing edge, which is relatively small compared to the 34 metre length of the blade.

Going a step further
Typically, damages are categorized according to guidelines which determine the necessary follow-up, for example, in one category repairs must be immediate, while in another within a three- or six-month period. In order for the operator to categorize the detected damage and make a decision regarding the follow up, he needs to know where on the blade the damage is located and if it is progressing or stabilized. In effect, the new method constantly monitors the overall health of the blades and alerts the operator when a fault occurs, enabling them to prioritize repairs and schedule a maintenance plan before it becomes a more serious problem.

Healthy blades, happy operators – and beyond
The outcome of the project represents a great step forwards for the industry and offers an invaluable new technique that will help operators maintain wind turbines at far lower costs and with improved reliability and efficiency. The solution fits all the criteria for an ideal SHM system, which is able to detect, localize and immediately alert the owner of damages in the blades. The system can be incorporated in new blades, or retrofitted into existing ones. At this stage the project has produced a working prototype that is currently  being tested on a real turbine. Further testing and evelopment is required together with either an OEM and/or owner to make the working prototype into a commercial application.

Wind - a growing industry
During the first six months of 2014 alone, Europe grid-connected 224 offshore wind turbines in 16 com-
mercial wind farms (there are also 310 wind turbines awaiting connection). The increasing use of wind farms isn’t limited to Europe, with annual worldwide market growth of almost 10% and cumulative capacity growth of about 19%, as indicated by 2012 figures.

Inside the algorithm
The algorithm that determines whether or not the blade has become damaged compares the current vibration pattern against those of an undamaged blade. If the results are the same, all is well and we can be sure that the blade is fine; in contrast, if the measured states differ, we can suspect that damage occurred and that blade is in need of closer inspection and repair.