Ferraris are distinguished by an unmatched combination of beauty, power and responsiveness – and a unique sound that is as carefully tuned as a piece of music.

The sound is a big part of the Ferrari experience. With their V12 and V8 engines and carefully crafted intakes and exhausts, they emit an explosion of sound that resonates with Ferrari’s statement of purpose – to provide the driver with the ultimate experience in every moment of his journey. The first time you drive a Ferrari and hit the throttle, several things happen to you. Firstly, your head is snapped back by the sudden power of the unleashed engine. At the same time, you are completely engulfed by a huge explosion of beautiful sound that is unlike any other car – it is like nothing you have ever experienced before. Then, at the end of the straight, the feel of the brakes is so good that you have more confidence to bury the throttle pedal again and again. 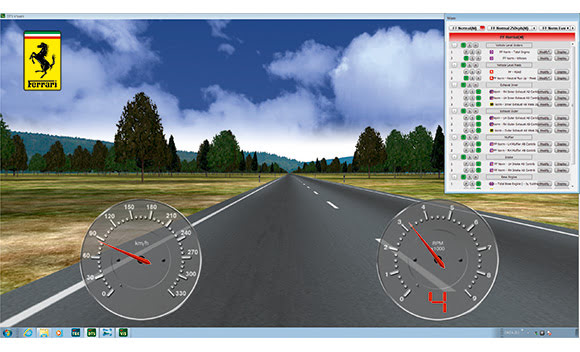 The importance of the Ferrari sound to customers is borne out by chat on the Ferrari website and by customer surveys that show that the vast majority of customers are excited about it. “It’s a major part of our brand image,” says Francesco Carosone, Senior Acoustic Engineer.

“The NVH Simulaton was a groundbreaking solution for us.”
Francesco Carosone - Senior Acoustic Engineer

It’s not unusual for car companies today to artificially modify engine sounds in their cars with amplifiers or loudspeakers, an option that Ferrari is not considering. “We have the authentic sound that other car companies want to create artificially, and we intend to keep it that way,” says Francesco. This commitment to the purity of the sound creates significant challenges for the company. One of the largest is complying with noise regulations, both at racetracks and on public streets. Virtually all countries have legislation to limit noise from cars, especially in cities where it can be a major problem. Legislation also imposes rules on racetrack noise, and racetracks themselves often impose additional regulations. An additional challenge is delivering such levels of exciting sound, while also  making the car comfortable on a long journey.

Virtual prototyping of sound targets
“Our customers want a loud sound, a high decibel level,” says Francesco, “and this means you can’t hide – it has to be beautiful. We need to tune the sound quality carefully, usually by balancing the intake and exhaust.” It can, however, be timeconsuming and expensive to swap different components of the car’s intake and exhaust system and listen to the difference. In 2013, Ferrari streamlined the process by installing a Brüel & Kjær NVH Simulator that allows virtual prototyping
to achieve engine sound targets rapidly and cost-effectively. This enables vehicle design and development teams to make the best possible use of customer preference and satisfaction input, set accurate NVH targets, design with specific differentiations to competitors, and work efficiently with all NVH data throughout the development process.

“The Ferrari sound is an immediately recognizable trademark. Ferraris are sporty, extreme cars and the sound needs to embody that. Our goal is to give all our cars the sound that is expected from them.” 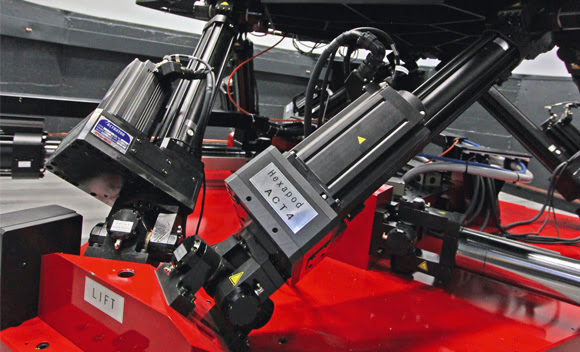 According to Francesco, “The NVH Simulator was a groundbreaking solution for us. It is becoming an integrated part of our NVH product development, and we are spending ever-increasing time using the simulator to fine-tune the results we want to achieve. In the concept phase, we can change the shape of different components of the intake and exhaust systems, and we can use the simulator to hear the sounds of the different design concepts directly from the CAE (computer aided engineering) model without prototyping. This makes it possible to evaluate and exploit components that would have been too time-consuming or even impossible to test before.”

Ferrari has also installed a hexapod in their test lab, which is a cockpit simulator for cars built on hydraulic actuators to simulate the experience of driving a new vehicle. The hexapod features additional actuators to provide more rotation, which improves realism in hard cornering. A 180-degree widescreen visually simulates the racetrack while the Brüel & Kjær NVH Simulator provides fully accurate sound. The hexapod system allows test drivers to experience and evaluate a car’s handling and sound together in a highly authentic context. 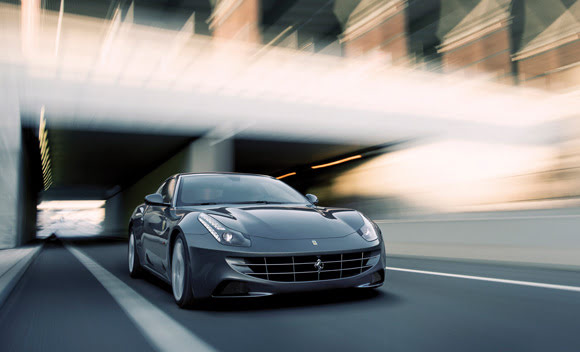 The sound of the future
Even though Ferrari focuses heavily on performance, their use of sound simulation is part of a larger trend driven by environmental concerns, as the automotive market moves towards smaller engines, and electric and hybrid vehicles. The challenge for the entire industry is to create cars with strong performance that are at the same time environmentally acceptable, and yet maintain their brand sound. “Ferrari has developed hybrid technology,” says Francesco, “that combines internal combustion and an electric engine and is currently in production. Ferrari is always aiming to get the best from new technology; we always have to produce better cars, better performance and that special sound.”

Francesco Carosone
Senior Acoustic Engineer, responsible for exhaust and overall sound quality
Joined Ferrari in 1999
Worked in NVH testing department and moved to the NVH Concept department four years ago
Also a musician, playing classical piano and composing pop and theatre music
On his bedside table, “The Physics of Musical Instruments”, a book with acoustic theories that
can be used in his work with sound in Ferraris
Graduated from La Sapienza University, Rome, in 1994

The Ferrari company
Ferrari S.p.A. is based in Maranello, Italy. Founded by Enzo Ferrari in 1929 as Scuderia Ferrari, the company sponsored drivers and manufactured racing cars before moving into production of street-legal vehicles as Ferrari S.p.A. in 1947. Throughout its history, the company has been noted for its continued participation in racing, especially in Formula 1, where it has had great success. Ferrari road cars are one of the world’s best-known brands, generally seen as a symbol of speed, luxury and wealth. Ferrari produces around 7,000 cars a year, and there is typically a one- to two-year waiting list for a car. Ferrari has approximately 3,000 employees, 500 of them within the Formula 1 division.

> Read more about "Designing the sound experience with NVH simulation".