The conductor’s point of view 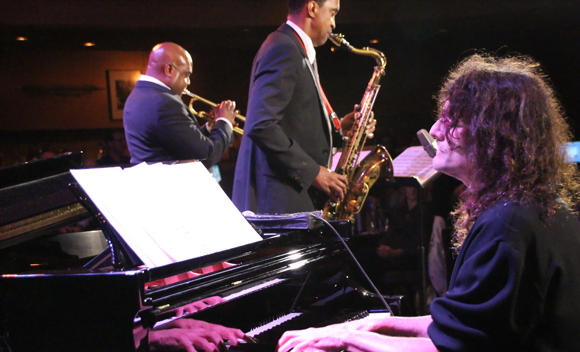 Why do you do what you do?
Because most people get their art through an electronic medium, we want to really put people inside that virtual space. Most people don’t live a block from a concert hall in a big city. So if you’re living in the country and you can’t go to the concert hall, we can take you there.

What is unique about your recordings?
We only record in real spaces: churches, concert halls, jazz clubs. Some pop musicians like Madonna create their album in a studio, in a mixing board. But our process is taking a really good photograph. We put real musicians in a real space and try to capture that moment. And because we don’t add anything artificial like echo, it has to be a beautiful, great-sounding space. 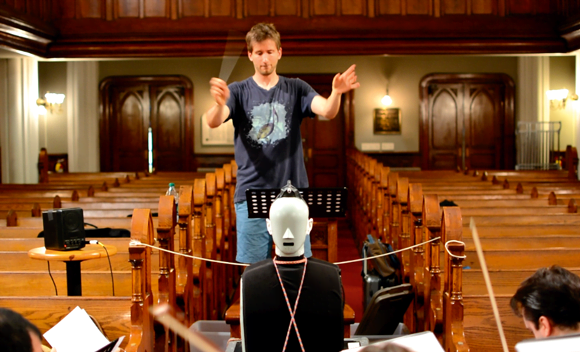 How important is place to your own music compositions?
Art has to reflect time and culture, and I like to use the rhythms of the street. I don’t live in the mountains, up in the Alps or by the seaside. I live in the middle of New York City, where it is fast-paced and hectic. So my music is very jarring, it’s very rhythmic, it’s very exciting – because New York is like that. That is what evolved naturally, because I come from the world of jazz.

Have your views changed over time?
When I first came to New York from Miami, I liked heavy metal. I guess it’s just part of being a kid. My kids like Katie Perry and Taylor Swift. But when you grow up you change – it’s a natural evolution. If you had told me I’d be writing operas and symphonies, I’d have told you that you were crazy!

What did you first do when you came to New York?
I played piano in a club. And I was a commercial orchestrator for movies and television. That was it; I made a living as a professional musician.

How did you learn about recording audio?
I basically lived in the studio, and got very interested in sound. It was like I was a kid in this big candy store. Every day I’d be conducting the orchestra and hear the playback, and where I stood on the conductor’s podium was where the music sounded best. Everything was balanced. Yet, since it was for television and movies there would be like 50 microphones – one on each instrument – and when they mixed them together it never sounded the same.

Is that what drove you to set up your own recording company?
Yeah, I thought it would be very interesting to start a label that made music from the conductor’s perspective. The great pianist Earl Wild was my music teacher. His albums had been issued on a budget label, and the pressings were not that good. When I heard the master tape, the sound was stunning, spectacular for the day. That’s when my brother and I began to re-issue his old recordings with better definition. Then we did our first jazz record using single-point micing. That’s what launched Chesky Records, in 1988.

When you started out, did you have the expertise you needed?
We had a lot of knowledge, but nobody had ever done this, so we were always experimenting, learning on the job. Take Lars (David’s HATS). I guess he was made to test … automobiles, or factories or whatever – it’s a measuring microphone – but we found it so good that we use it for music. It’s a non-stop learning process. And you can never feel 100 per cent sure of yourself; you’re always nervous because you never know if the balance will come out right.

With a measurement microphone, you must be getting a better signal than anyone out there
Yeah, we are. We make records for people who are really into music, wanna hear every detail. And we use your mic because it gives us that. It reaches out and gives us every last ounce of resolution and tone and purity we can get. But you have to learn how to use it, there are some tricks to using the mic for music. But they’re the recipe that we don’t give out. They’re our secret sauce! 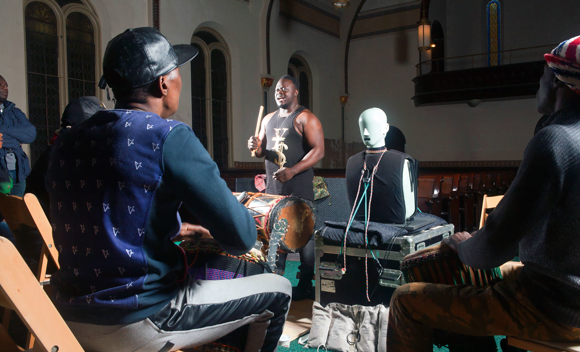 What does the future hold for music recording and playback?
We’ll evolve into virtual reality. We’ll meld with virtual reality glasses to put us in a virtual space. When my children grow up they could live in Tahiti and stream a concert live from Berlin. And they’re gonna be in the concert hall; they’re gonna look around, look up and down, and the music will track them wherever they are. People are gonna look at speakers like we do now at those wind-up gramophones. They’re gonna think: this is ridiculous, two little boxes? I’m not in the event. People will want to be immersed in the sound field.

Do you ever get away from music, or is it always there?
It’s always there, but I do sports: I like hiking, and kayak racing and bike riding. When you do music all day it becomes a job and it’s stressful. I still listen to music when I come home though – I like to put on my electrostatic speakers and listen to modern classical music.

Chesky records
A specialist ‘audiophile’ record label focusing on high-definition recordings of authentic music captured intact, in atmospheric buildings. A single-point perspective records music as a person hears it, without later post-processing to balance it, mix it, or add artificial effects. You can try an HD record from www.hdtracks.com and get 20% off with this offer code: BKCHESKY20