They howl, thump, bang, chirp and rumble. The sound and vibration repertoire of these animals would indeed make an interesting symphony.

Key to their survival, these weird and wonderful creatures use sound and vibration to navigate, hunt, communicate, attract mates and ward off predators.

Crab drumsticks
Crustaceans communicate through vibration. During nocturnal courtship, the male sand fiddler crab uses its oversized claw to drum on the ground luring his mate into his burrow.

The show off
The 2 cm long snapping shrimp does not sing, drum, head-bang or howl, but it is probably responsible for the loudest noise produced by any living being. Also known as the pistol shrimp, it stuns prey by snapping its claws together quickly to create a low-pressure bubble that, as it extends out from the claw, reaches speeds of 97 km/h and releases a sound reaching 218 dB. This mini-explosion stuns or even kills the shrimp’s dinner. In colonies, the shrimps’ noise is enough to hide submarines from sonar detection.

Sing your heart out
The male coqui frog, a Puerto Rican native, is thought to be the loudest amphibian. It might be tiny, measuring a mere 15 to 80 mm, but this tree frog has a big voice and its calls have been recorded at peaks of 100 dB from a metre away, which is equivalent to the sound of a jackhammer or a chainsaw.

The tiny male bush cricket ‘sings’ at frequencies of about 74 kHz by merely rubbing its wings (stridulation). However, the loudest insect is the mole cricket. Standing in its self-built megaphone-shaped burrow, it chirps so loudly that humans can hear it nearly 600 metres away. Microphones placed a metre from a cricket’s burrow entrance have recorded peak sound levels of 92 dB – as loud as a lawn mower. 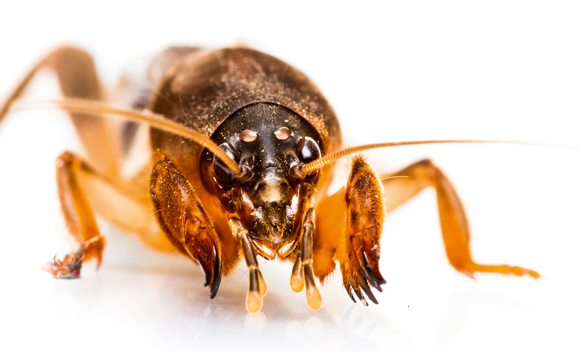 The howler
Famous for its loud howls (128 dB), the howler monkey of the South American rainforests can indeed claim the title of loudest land animal. More of a growl than a howl, the sound can be heard up to 4.8 km away. 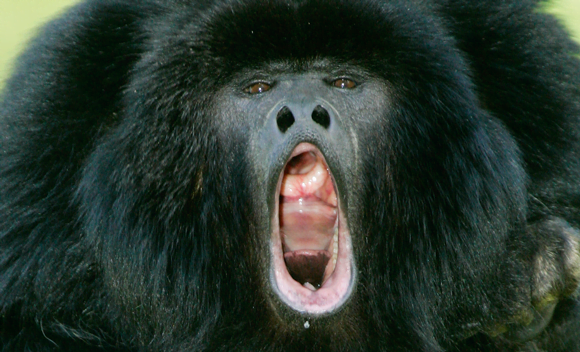 Live and loud at the cavern
Cave-dwelling oilbirds are deafening when gathered in large groups – a colony can contain up to 1000 birds. They use echolocation to navigate in completely dark caves, but, unlike most bats, their calls are well within the range of human hearing – each bird can squawk and click up to 100 dB at close range, making them the loudest known birds. Bats, on the other hand, seem silent to us, but their calls can reach sound pressure levels greater than those emitted at rock concerts. Using echolocation to find prey, bats emit high-pitched sounds, which, at close range, can exceed 140 dB; a loud rock concert, by comparison, measures 115 to 120 dB – just under the threshold of pain for humans.

Beat it
The male Caribbean white-lipped frog does more than just sing to attract mates. It likes to chirp when sitting with its rear end buried in the mud and its head and front legs just above the ground. With each chirp, its vocal sacs expand and contract, hitting the ground and producing an accompanying vibration. These thumps can be felt 3 to 6 metres away.

Stomp
Vibrations created by a stomping elephant can travel 32 km through the ground. This social creature also receives messages through its feet – a warning, a greeting, or a “Let’s go”. And at 80 to 90 dB, this is louder than most humans can shout. 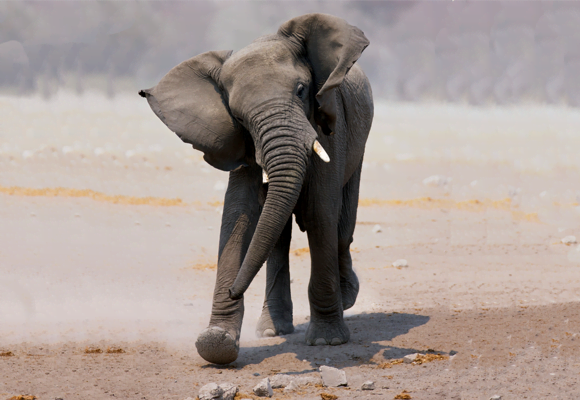 Head bangers
Signals that rely on hearing and seeing aren’t much use in the dark, underground burrow of a mole rat. However, vibrations travel well through the ground so some species of mole rats, such as the African Demon mole rat, have taken to head banging. In fact, the first mammal documented for vibrational communication was indeed the Middle East blind mole rat, which knocks its head against the walls of its tunnels to signal to its rodent neighbours.

Drumming up a fuss
If a predator, for example an aardvark, approaches an African termite mound, chains of drumming termite soldiers will head-bang an alarm. Even though they bang their heads on the ground at a rapid 11 times a second, the vibration only travels around 38 cm but fellow termites close by will respond by drumming their heads too. This chain reaction raises the alarm throughout the colony.

The foot percussionist
Reminiscent of Disney’s Thumper, the solitary and nocturnal banner-tailed kangaroo rat foot-drums to communicate in a number of situations – during courtship, to signal territory and when encountering snakes. This could be to warn its vulnerable young of the approaching predator or simply to alert the snake to the fact that its attempt at an ambush has been foiled.

All about the bass 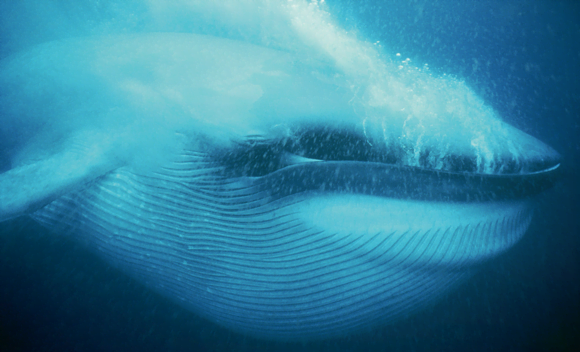 We dive deeper into the sound of blue whales here: