When China’s first large jet lifts its wheels from the runway, two new LEAP engines will power it into the skies. But before the aircraft could be certified to fly, COMAC needed to map how the LEAP’s acoustic energy will impact the structure – long before it actually flew.


COMAC must then prove the aircraft’s readiness beyond doubt, in a demanding test programme that sees ground vibration testing (GVT) followed by engineering flight tests and noise certification. And all this while keeping the whole programme to a schedule where months cost millions. 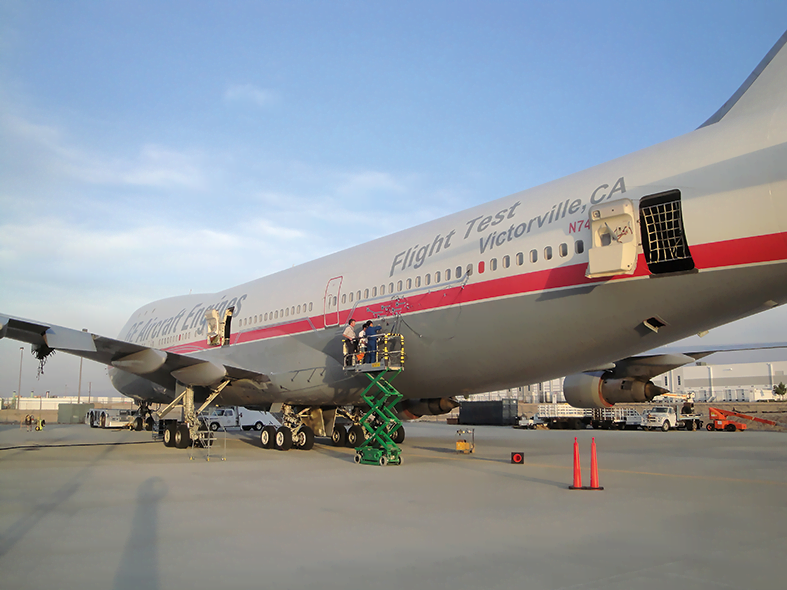 Cruising for a bruising
Of the many physical forces that aircraft contend with, the effects of sound alone need significant testing. As interior noise is increasingly important to aircraft buyers, manufacturers compete on passenger comfort levels. But perhaps more importantly, manufacturers must prove their aircraft against the damage from acoustic energy.

A leap of faith
COMAC has designed the C919 for this, basing the noise transmission and structural build on predictions of the engine’s emissions at cruise. But not only is COMAC building an all-new aircraft, they also have an all-new engine: the LEAP-1C. This means they had to design the new aircraft based on predictions of the engine’s acoustics – before any engines were available. 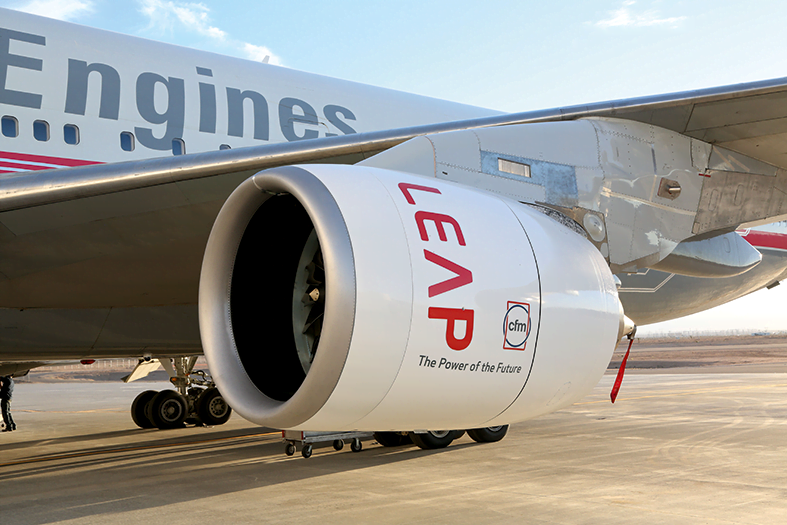 One ride on the flying test bed
Naturally, COMAC was keen to check the engine’s emissions in the real world, so as soon as an opportunity arose, they grabbed it. The engine’s makers had scheduled a battery of flight tests on the LEAP-1C. For this, General Electric Aviation mounted the engine on their Flying Test Bed: a special Boeing 747 for testing new technologies. COMAC’s budding flight-test department mounted surface microphones on the fuselage, to characterize the engine’s acoustic emissions onto the structure. 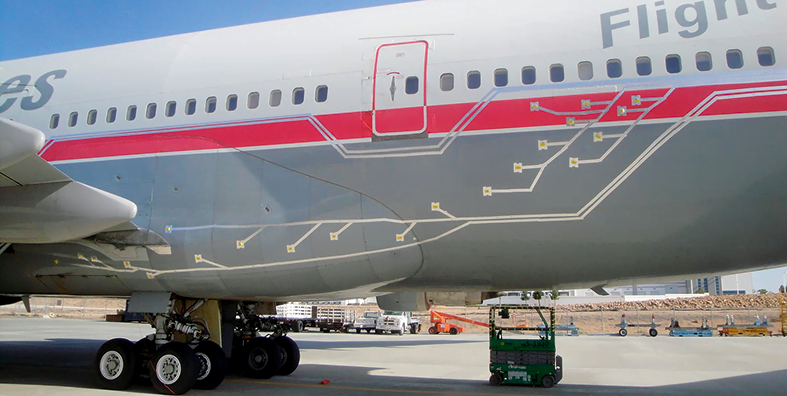 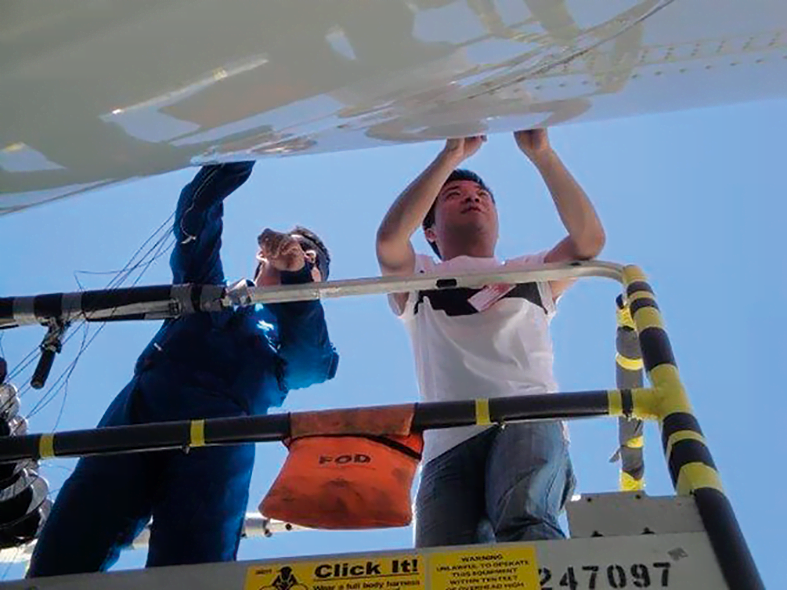 Removing the 747
The test successfully assessed the preliminary noise level of the LEAP-1C during cruise. However, to bring the flight-test data back to China and apply it to the C919, Cyrille’s team needed to isolate acoustic phenomena in the data. “The fuselage is exposed to two types of noise: engine noise and turbulent boundary layer noise,” says Cyrille. Since the test was performed on a Boeing 747, they needed to eliminate that aircraft’s turbulent boundary layer noise. “Separating the two types of noise is crucial for specification compliance and for evaluating transmission into the cabin,” continues Cyrille. “Such tasks rely heavily on predictive tools, which flight tests like these enable us to validate, increasing the confidence level in the contribution of each component.”

“Most of our flight test engineers have just graduated, and practical experience was critical for the success of this test campaign.”
Cyrille Breard - C919 Noise & Emission Manager, COMAC

Certified experience
Crucial to the aircraft’s flight certification, the test marked the beginning of COMAC‘s efforts to gather evidence for the regulator CAAC, to prove the structure’s ability to resist the forces of sonic fatigue over the aircraft’s expected lifetime. “We needed a good mapping of the sonic loading,” says Cyrille. 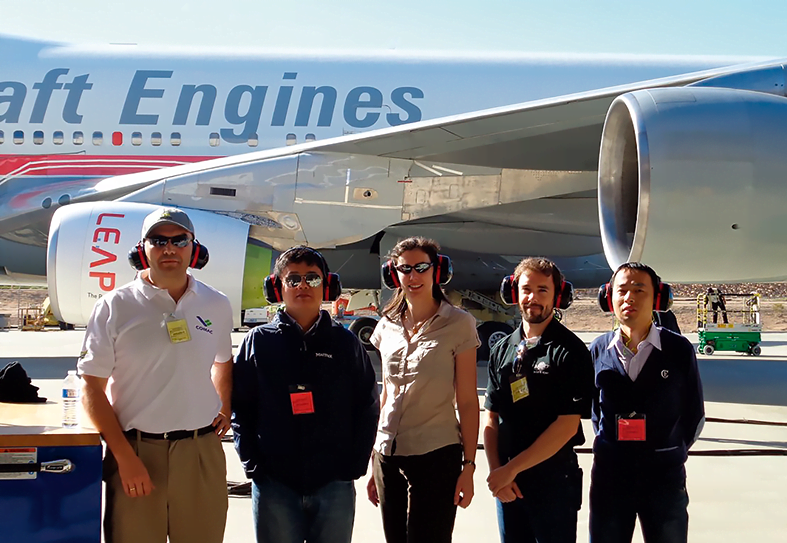 The newcomer’s certification challenge
Newcomers to the aircraft market face a tougher route to certification than established competitors. All manufacturers must prove their aircraft can safely withstand the effects of sonic fatigue over their complete life cycle according to FAA’s safety standards in 14 CFR Part 25.271. Established plane makers can prove this by demonstrating that a similar aircraft has enjoyed a fatigue-free life cycle. But COMAC must demonstrate – with full-scale fatigue test evidence – that widespread fatigue damage will not occur within the design's service goal of: 60,000 flight cycles.