Experimentarium is a Danish non-profit foundation whose sole purpose is to encourage people, particularly children, to develop an interest in the sciences and investigate how the world around them works.

John Østergaard Madsen uses his background in innovation, product development and electrical engineering to create exhibitions for Experimentarium. His responsibility is to ensure that experiments and exhibitions both illustrate a concept and entice interaction. So being a sound and vibration magazine, we asked him a couple of questions about sound and vibration. 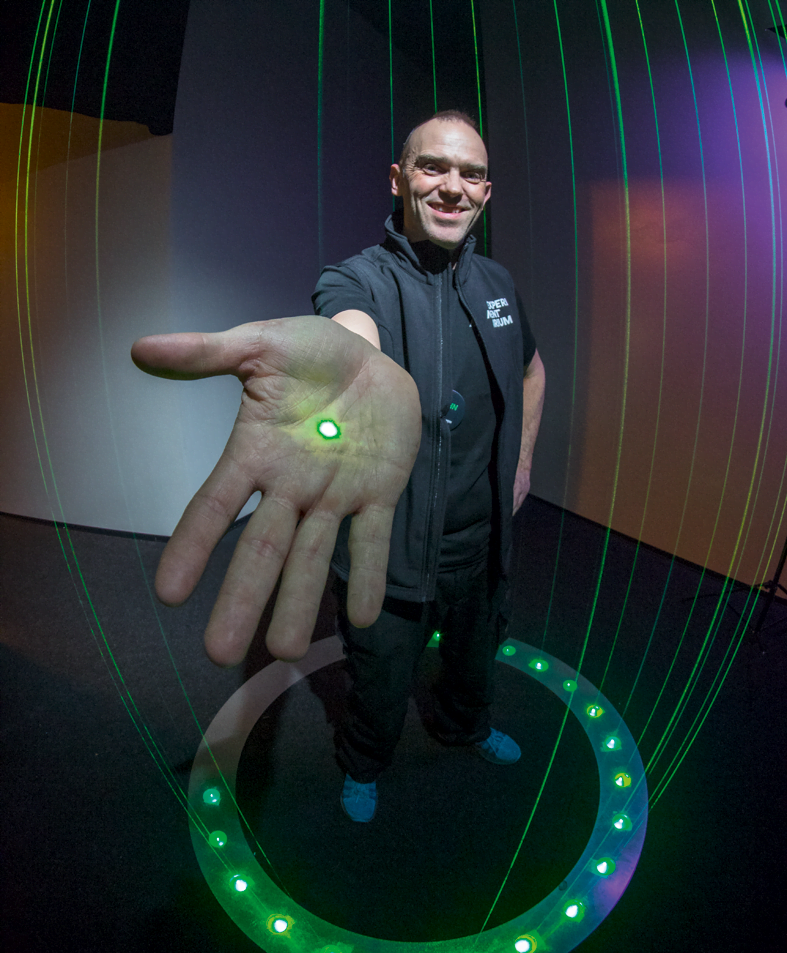 How do sound and vibration influence your designs?
In my work as an exhibition developer at Experimentarium, I help to convey a part of the scientific nature of our world. Vibration and sound (audible vibrations) occur naturally in many of our exhibits, but can also be tested directly in others. As an engineer, I see vibrations as an absolutely fundamental feature of the universe – from small scale, where we have fast vibrations of elementary particles (expressed, for example, in temperature and electromagnetic radiation), to the vibration of large, coherent structures in materials and air that we hear and feel as human beings, to slow, large-scale vibrations where, for example, galaxies interact with each other. As a musician and music lover, sound is my primary source of artistic experience.

Why is it important that children and young people learn about sound and vibration?
I think that it is important that they learn about sound and vibration because mankind has always tried to understand the world we find ourselves in with different methods and philosophies. Sound is a way of sharing knowledge, a medium for the dissemination of stories and music and a source of, at worst, stress-inducing annoyance. The observation of vibrations can tell a lot about systems, materials and the fabric of which the universe is created. Vibration is a natural and inevitable part of our everyday lives and the universe. 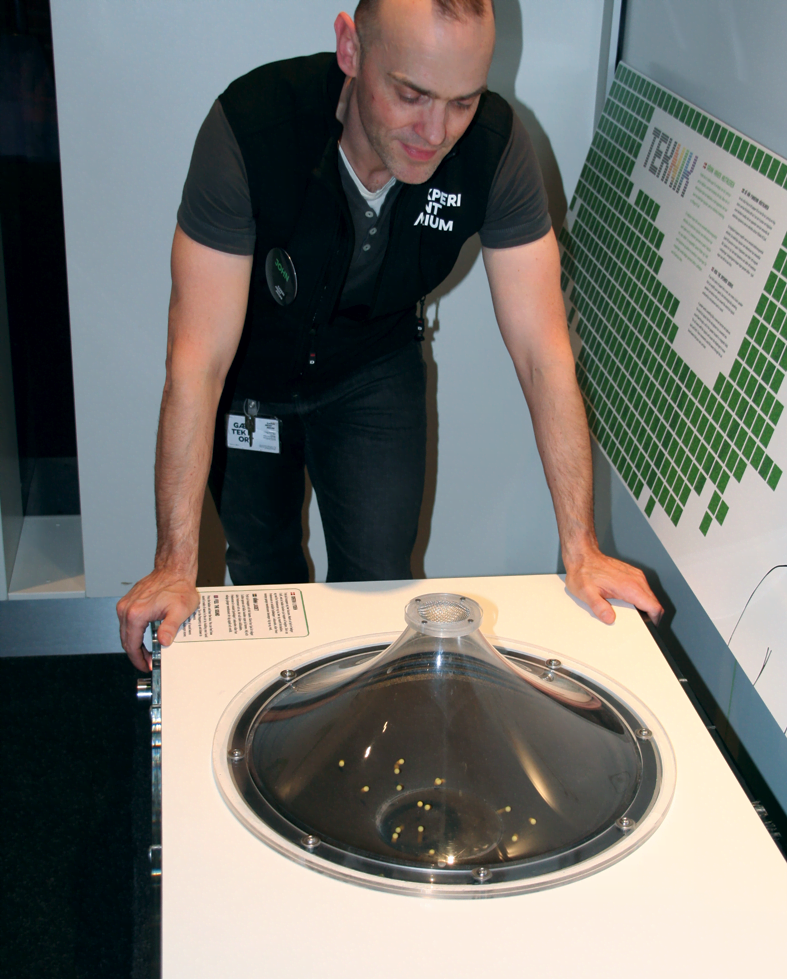 Pellets bounce to the rhythm of the speaker membrane, varying in pattern as the frequency is changed

To learn about and investigate vibration is one of the ways to gain a greater understanding of the world around us, and interactive science setups describing these phenomena for children and young people can greatly support and inspire an increased interest and curiosity for the natural sciences.

Which exhibit best lets people see the relationship between sound and vibration?
We have a few, but the exhibit that shows this best is probably in our ‘House of Inventions’. The ‘Feel the Sound’ exhibit visibly demonstrates the relationship between sound and vibration. We want to show that sound is generated due to membrane movements, but since our eyes cannot clearly see the membrane vibrations at frequencies where our ears hear them, we must show the vibrations in a different way. A simple method is by placing small, lightweight balls on a horizontal loudspeaker membrane so that guests can play a selection of low-frequency tones and see how the balls bounce around as the frequency changes.

What was your first project?
My first project at Experimentarium was ‘Laserharpen’ [the Laser Harp]. As an engineer and musician, it was a great gift and joy to have the opportunity to take on such a task. The only starting criteria I had was that the laser beams should be shaped like a 3/4 cage where notes are played when a beam is interrupted and that the laser beams should be easy to see and safe to use. And now it is here, in the new Experimentarium. It is a pleasure to see Laserharpen used with so much joy and enthusiasm by our guests.

One challenge here was to ensure that the sound would primarily be heard inside the laser cage without disturbing nearby exhibits. A directional loudspeaker centred above the cage was part of the solution, but was missing a little fullness and body in the lowest frequencies, which was compensated by an additional loudspeaker placed in the immediate vicinity of Laserharpen.

Which of your projects is most influenced by your interest in sound and vibration?
That would be the vibrating, music-playing, 3-metre-high tree trunks in our ‘Tunnel of Senses’. The project man-ager asked if we could get a tree trunk to vibrate and play music. It’s not what tree trunks usually do best, and the first impression was that it could not be done. But after a bit of thinking, ideation, drawings and consultation with colleagues, we produced a functioning prototype. By placing a ButtKicker® [low-frequency audio transducer] on top of the log and placing the log in spring suspensions at both ends, we were able to get it to vibrate. So a tree trunk can play music if you make a channel in the middle of it, place a small speaker inside the top of the tree trunk that plays into the channel and drill small holes into the channel. Without a basic understanding of sound and vibration generation, the idea for this construction would certainly not have been developed. But now they are there in the centre of the Tunnel of Senses: 3-metre-high tree trunks that vibrate and play music. 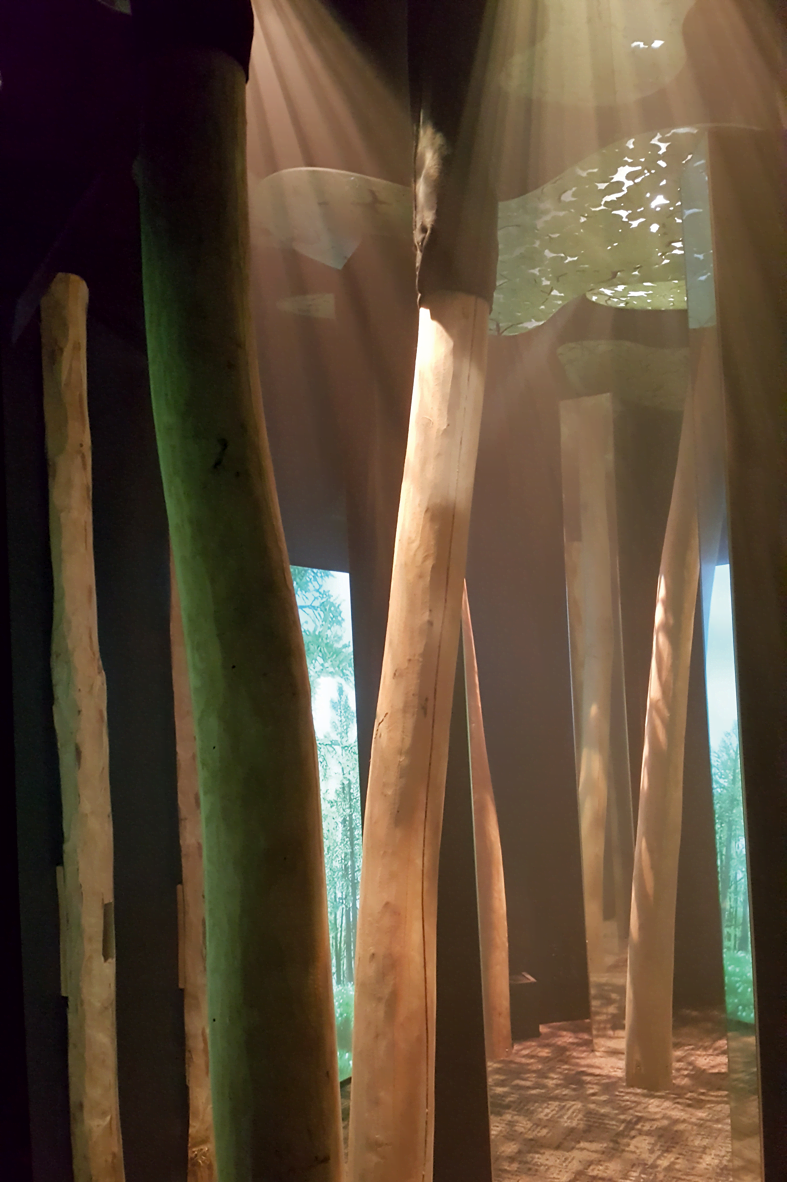 Vibrating, music-playing, 3-metre-high tree trunks in the ’Tunnel of Senses’

Please do touch the exhibits
All of the exhibits are meant to be interacted with (or for the most part, to be played with). This interaction (play) piques interest and prompts questions. So the experiments have to be designed with two aspects in mind, one to demonstrate a concept and the other to make it interactive and relatable (able to be played with).