Fermilab is America’s leading particle physics laboratory and operates the world’s most advanced particle accelerators. Scientists use particle accelerators to research some of the least understood particles in the universe: neutrinos. A vibration analysis project recently helped discover the cause of a small fracture in the powerful magnetic horn used to send neutrino beams to Minnesota.

Fermilab is managed by the Fermi Research Alliance for the US Department of Energy and it collaborates with scientists from around the world to investigate neutrinos, which are among the most abundant particles in the universe. Although neutrinos are all around us, they are very difficult to study.

Why are neutrinos important?
Neutrinos could provide the answers to some of the most fundamental questions about the nature of our universe: why we exist and why the universe is filled with matter rather than light and radiation. One of the strangest aspects of neutrinos is that they are able to oscillate – or change – from one type of neutrino to another. 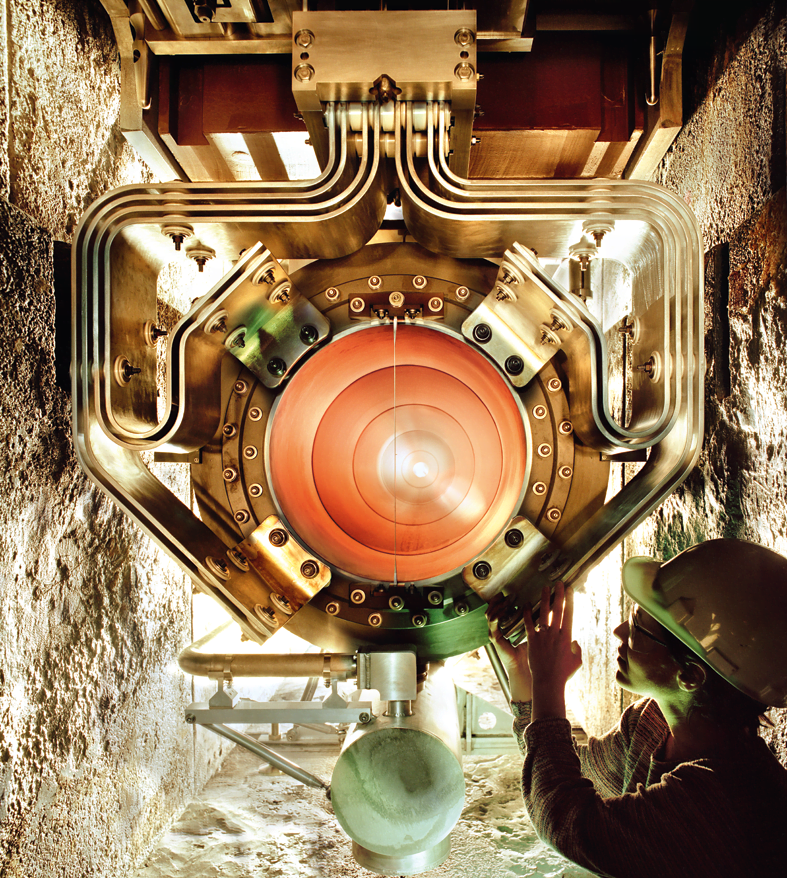 Intense beams for ground-breaking experiments
Because neutrinos in Fermilab’s experiment travel near the speed of light, physicists must place detectors far away to allow neutrinos time to oscillate. The MINOS project uses two detectors, one at Fermilab in Illinois and the other located 450 miles away in Minnesota. Fermilab’s particle accelerator produces intense beams of high-energy neutrinos and sends the beams to Minnesota, where a 6,000-ton steel detector searches for neutrinos that have changed flavour during the split-second trip, enabling scientists to study neutrino oscillations. 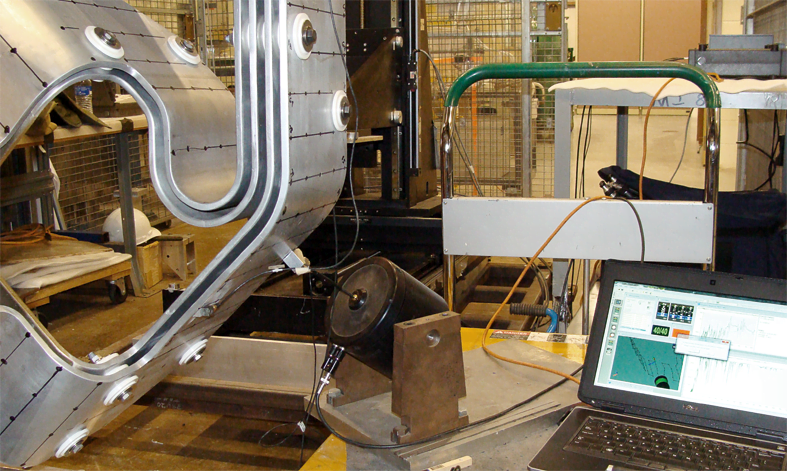 Power increase means design change
The first beam of neutrinos was sent to Minnesota in 2005 and, over the years, the beam power has increased from 400 kW incident beam power to 700 kW. This increases the heating and thermal stress in the focusing horns and reduces the fatigue-life safety factor unless design changes are implemented to the horns. In addition, the environment poses harsh conditions that accelerate corrosion and cause radiation damage that can decrease component lifetime. Design changes were implemented to improve cooling and enhance fatigue life. The original specification for horn lifetime was 10 million pulses with a fatigue safety factor exceeding two.

The lifespan of the new 700 kW horn was specified to exceed 50 million pulses, but after twenty-seven million pulses, a fracture occurred in the electrical bus stripline on the horn. The stripline is a complex structure with multiple unique boundary conditions and large variations in local modal damping.

Discovering the root cause
Kris E. Anderson, the lead project engineer at Fermilab, was in charge of finding the root cause of the problem. A vibration analysis project to characterize the dynamic response of the 700 kW horn stripline was set in motion. 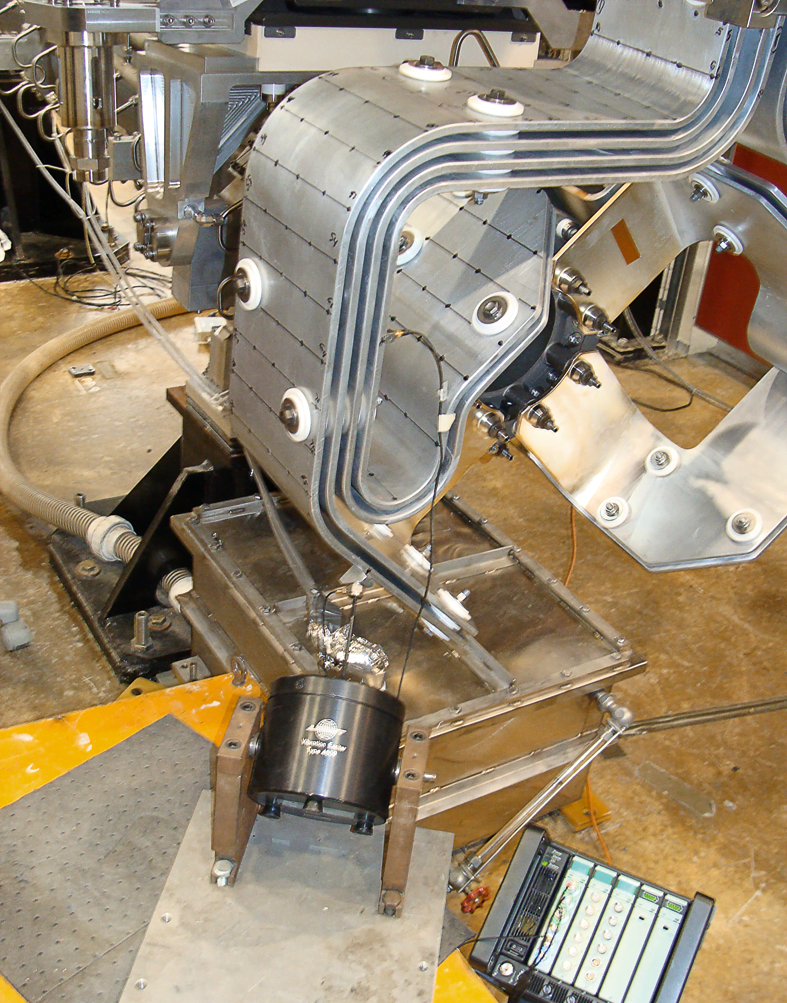 During actual electrical pulse testing, three miniature triaxial accelerometers were mounted on the stripline to measure vibration, and the system was driven at 50, 100 and 200 kA. Time domain data was gathered and a frequency domain data reduction produced. The subsequent set of frequency spectra were closely spaced in time (100 spectra per second for 8 seconds), producing a surface plot of time versus frequency versus amplitude.

Excessive resonance
At the fracture location, the horn displayed lightly damped modes at 120 Hz and particularly at 424 Hz. When driven by the electrical horn pulses every 1.33 seconds, these lightly damped modes led to increased local conductor displacements resulting from the electromagnetic conductor forces, and the modal ringdown in that region superimposed several hundred significant vibration cycles in between the 1.33 second cycle time. In essence, the 27 million cycles to point of failure approached the gigacycle fatigue regime.

Plans include conducting modal testing and vibration measurements on future proposed stripline designs, to further understand the complex nature of the stripline response.

Get more knowledge about neutrinos and Fermilab from this short animation (2:05):