Bat vs moth: Search and destroy vs escape and evade

There is a whole world happening outside of what we can hear. Up in the night sky while we sleep, bats and moths face each other in a deadly battle every night. They encounter in an acoustic arena where the signals bats produce to hunt are the same signals moths use for evasion.

There is a whole world happening outside of what we can hear. Up in the night sky while we sleep, bats and moths face each other in a deadly battle every night. They encounter in an acoustic arena where the signals bats produce to hunt are the same signals moths use for evasion.

Insectivorous bats use ultrasonic tones to find their prey: they emit tones that range from 18 to more than 150 kHz (humans can register up to 20 kHz), and they listen to the returning echoes to locate and characterize their prey. Bats analyze the changes in the amplitude modulation of the echo in order to locate the insects. The movement of the wings of insects during flight causes a change in the echo, so every time an insect flaps its wings it is giving away its location to the predators.

In the terms of evolutionary biology, moths and bats are entangled in an evolutionary arms race. To defend against the bats’ targeting tactic, moths have evolved a tympanic organ that enables them to hear the ultrasonic calls of bats and elicit an escape behaviour or an acoustic response. Our team is interested in analyzing the effects of the behavioural responses that moths display in reaction to the bats’ targeting signals. 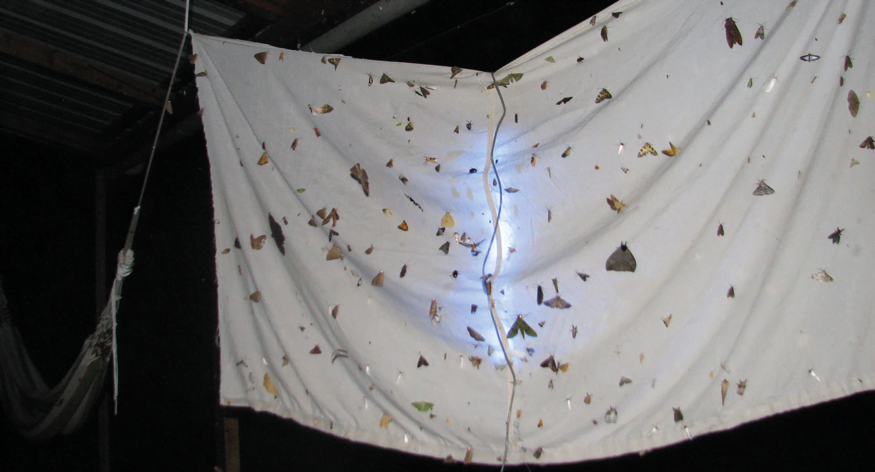 To attract and catch the moths, we utilize the latest in moth-attracting entomological equipment: a white sheet and a blacklightTaking the bat/moth relationship to the lab
Our research is conducted in the tropical forest of Ecuador, where there can be 110 species of bats and hundreds of species of moths at the same location. In order to explore the bat/moth relationship, we have had to purchase and build a number of different microphones and ultrasound speakers. And because our experiments involve playbacks and record the returning echo, we must work in a non-reverberant environment for some analyses and in a highly reverberant environment for others.

Every year we go to the field, assemble our flight tunnel and start our work night. Once we have caught our moths, the real work starts. The moths are placed inside the tunnel to restrain flight, so we can make high-speed videos while they respond to a playback of ultrasonic tones and bat calls. The flight tunnel is wired with ultrasound microphones to record the returning echo of the moth, or in other words, the signal a bat would perceive.

Close-up of moth wing scales. Photo courtesy of Vladimir CarvajalFor accurate data, we have had to design and build a small-scale reverberation chamber to conduct experiments with moth wings. Our design was based on a previous design (Zeng et al., 2011; Ntelezos et al., 2017) where they used Cox and D’Antonio-modified primitive-root diffusers that are based on the frequency we are going to work with, consisting of wells of the same width and different depths.

Working with sound always highlights noise issues
Ultrasound is tricky to work with; we don’t even realize that even keys jingling in our pockets, motion detectors to turn on lights and even some lights themselves, produce ultrasound. So, in order to work in a noise-free environment, we had to build an anechoic chamber in which to put our reverberation chamber. The chamber-in-chamber design also provides electric insulation since the local electric connections are not always properly isolated.

Survival of the stealthiest
We found that the moths present an acoustic startle response when presented with bat calls: they change the position of their body and wings and pause in-flight for a moment. This reaction causes a reduction of the amplitude modulation in the returning echo. For a moment, the moth is able to hide, acoustically, from hungry insectivorous bats.

Interestingly, after further examination of the videos, we notice that when the moths exhibit this response they will also turn their wings. This behaviour raises two questions: why do moths turn their wings, and do the wings play a role in the reduction of the acoustic modulation?

We are in the process of experimenting with and analyzing the wings of a number of different moth species. So far, we see that, in fact, moth wings are absorbing ultrasound and that the main frequency at which amplitude is decreased seems to be different between species. We have also started to look into the anatomy of the wings; it is amazing to see the structure of the scales under a microscope – they resemble acoustic foam used in anechoic rooms. This may be part of an anti-bat strategy that moths have evolved to avoid being detected and, more importantly to the moths, eaten by bats.

Primitive-root diffusers
Diffusers can be used to neutralize echoes. They can be particularly useful because they reflect the sound waves in many directions to create a diffuse field, preventing echoes without reducing sound energy.

The primitive-root diffusers used in this chamber consist of a series of wells of the same width and different depths and were designed using a number-theory sequence based on primitive roots derived from the target frequency.

The measurement chamber
The reverberation chamber uses two types of diffusers: empiric diffusers that are no more than semi spheres of glass, and modified primitive-root diffusers. The chamber also houses an ultrasound microphone and two ultrasound speakers. Carlos Ramos, from Universidad de las Americas in Quito, is the acoustic engineer in charge of running the code to produce our signal and make sure our technical acoustic components run smoothly.

The results have also opened an exciting second line of research based on analyzing the ultrasound-absorbance qualities of moth wings. We continue to work with our hypothesis that the scales of the wings are the structures playing an active role in the absorbance in ultrasound. 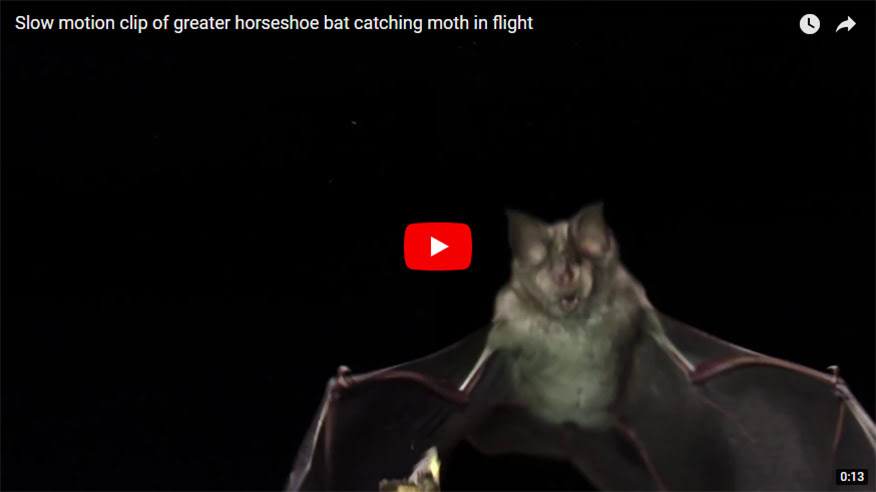