Music is in the hands of the beholder 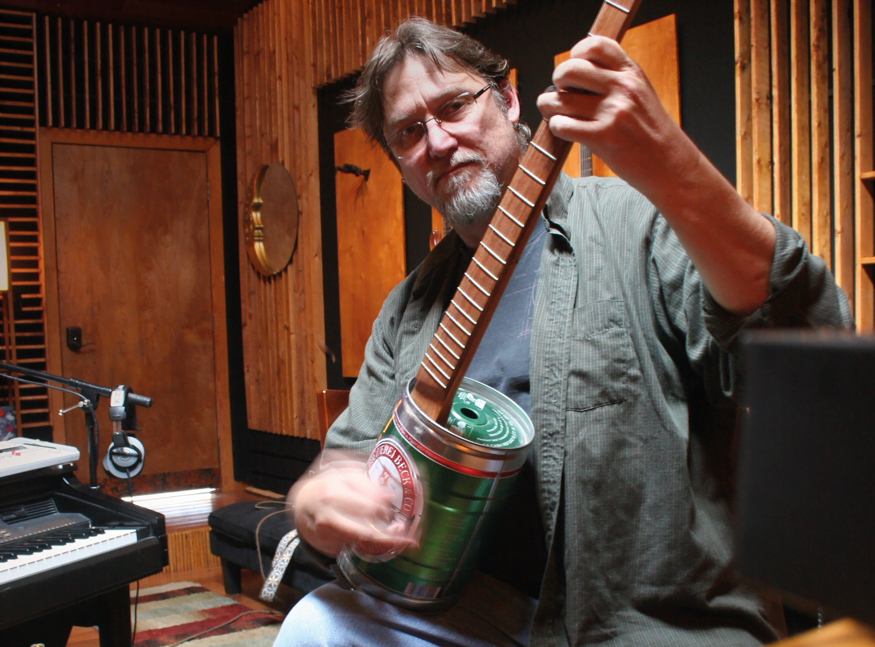 Why a cigar box?
Looking back, the cigar box instrument tradition originated in the 1840s – coinciding with a shift in cigar packaging to the cigar box sizes that are still common today – but really began to take off in the 1860s. The Civil War soldiers were very much products of environment, where ‘one made due’ with what was on hand, and with the convenience of the new cigar box dimensions, the right conditions for the advent of the cigar box guitar were brought together. So, the idea that these instruments sprang up from a lack of ability to acquire ‘standard’ instruments is not wrong. 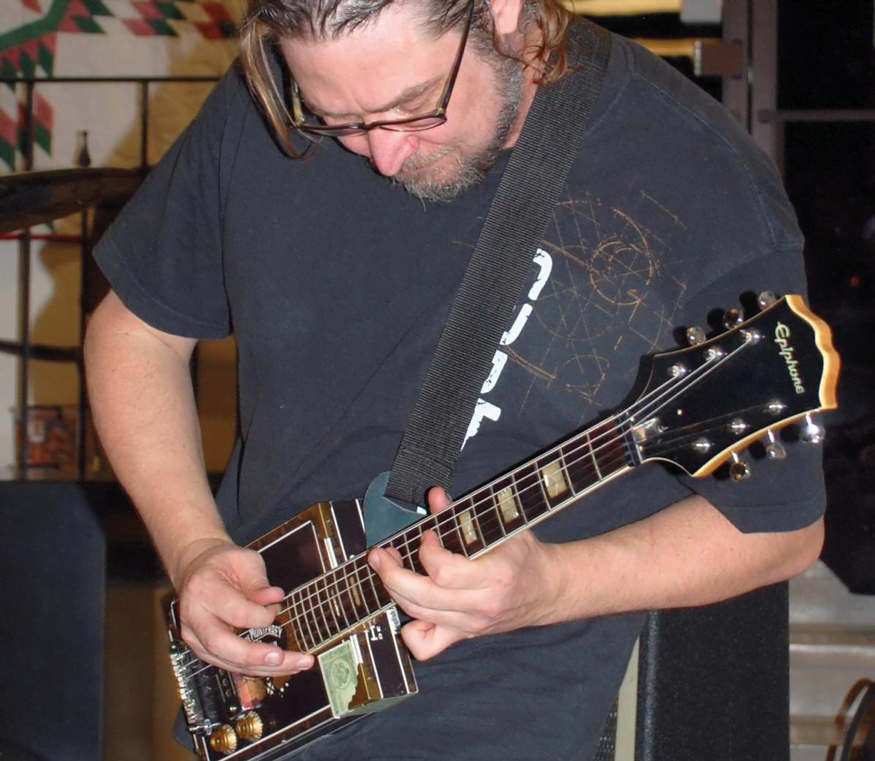 Bill Jehle is the author of two books on the history of cigar box guitars and an accomplished homemade-instrument craftsman and musicianThe anecdotal gateway
Similar to the origins of cigar box bands in general, Bill’s interest began with wanting particular sounds without the means to purchase the custom instruments he needed.

As a child, a neighbour gave him the pieces of a guitar, and he and his father rebuilt it. Later researching a custom guitar that would be all that he wanted, he realized he could buy the tools he needed and build the guitar for the same final price – tools included. But during construction, a friend sent him a copy of Make magazine with a cigar box guitar on the cover. Here was this functional guitar made from a cigar box, some twine, a 1 × 2-inch board and what appeared to be some chopsticks. He gave it a try, and his dream of the perfect guitar was shot. Why spend a fortune on the ‘perfect’ guitar when you can have dozens of individual instruments, each with its own unique characteristics for a fraction of that price? 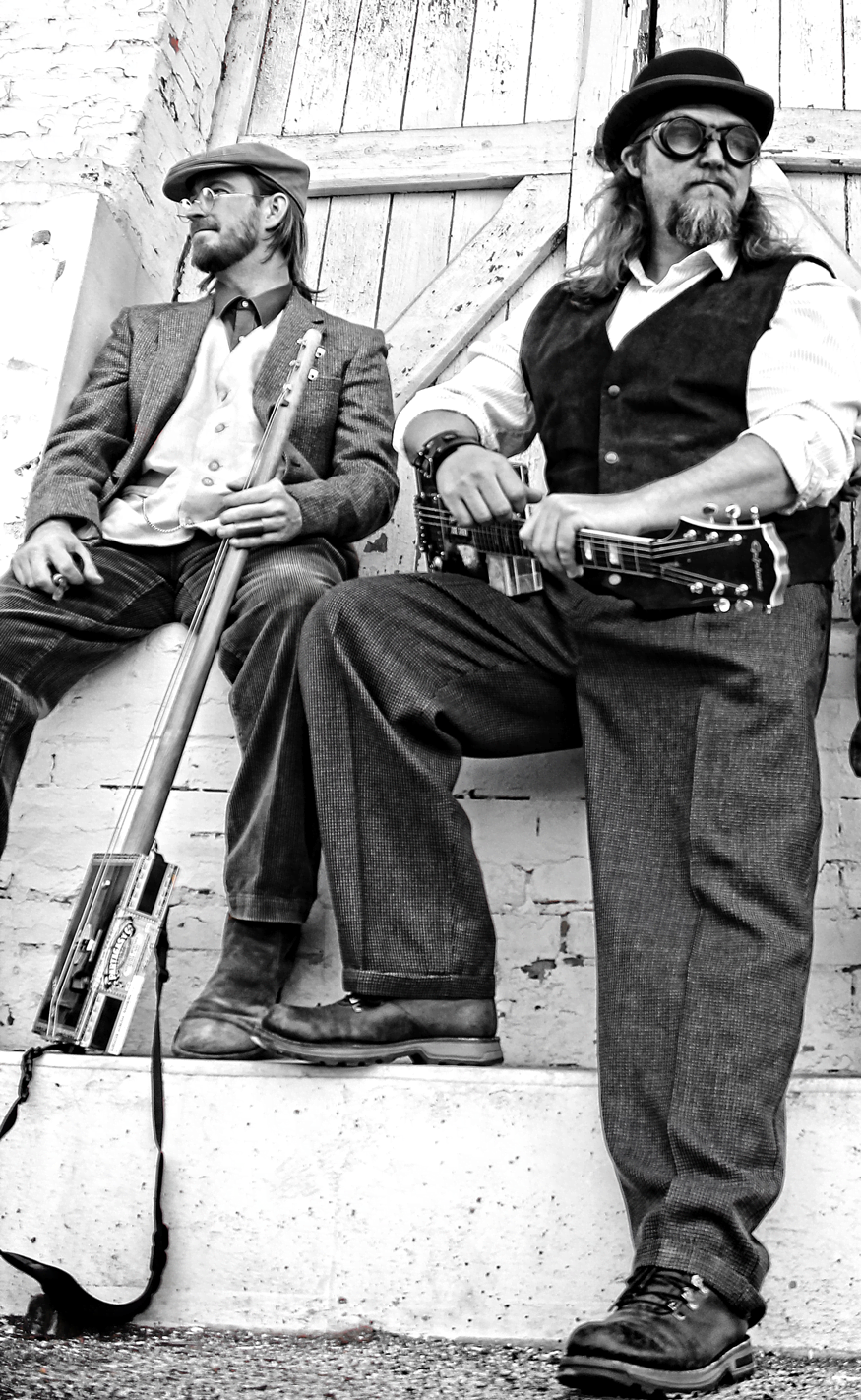 Kevin (left) with a shovel-handle cigar box bass and Bill (right) with a cigar box guitar from their days in ’Nadaband‘
Photo © Greg P. Yates Jr.Why are cigar box guitars still here?
Bill and Kevin are not alone. People love music, and if the materials to make music aren’t readily available, people will find them. While a lack of funds may have been the initial impetus behind the instruments, the current trend stems from the unique natures of a cigar box guitar’s individual components, enabling unique acoustic traits, appearances, or even emotions.  In the end, Bill and Kevin both agreed that the cigar box guitars’ idiosyncrasies are the keys to their rise in popularity and are what make them more enjoyable to play than the perks of the high-end guitars.