Not just a wind tunnel

Named after a Danish scientist and passionate inventor recognized for his early work on wind power, the Poul La Cour wind tunnel at DTU Risø Campus, Roskilde Denmark, is among the biggest university-owned wind tunnels in the world.

The size, the high air flow rates and the fact that it is possible to combine aerodynamic and aeroacoustic measurements all contribute to the uniqueness of the Poul La Cour wind tunnel. Inaugurated in April 2018, the DKK 85 million, state-of-the art wind tunnel gives not only Danish researchers but also researchers and R&D engineers from all over the world, access to high-tech facilities and data and reinforces DTU’s and Denmark’s position as world leaders and pioneers within the field of wind energy.

“It’s not going to be just a wind tunnel, but the best wind tunnel in the world.”
Peter Hauge Madsen, Head of department at DTU Wind Energy

Double room
Objects under test – ranging from parts of wind turbine blades to downscaled models of turbines, towers, vehicles, buildings, etc. – are mounted in the 3 × 2 m test section, which has two configurations for the walls: the hard wall configuration for aero-dynamic measurements, and the Kevlar® wall configuration for aeroacoustic measurements. The test section is also surrounded by an anechoic chamber to avoid reflections and to absorb noise. An important feature of the wind tunnel is the low background noise obtained by strategically positioned components to absorb noise from, for example, the big electrically driven fan.

These high wind speeds replicate the speeds at which wind turbine blades move. Hurricane Wilma, the most intense hurricane recorded by the US’s National Hurricane Center, only reached wind speeds of 296 km/h. To determine the forces to which the model is exposed, the surface pressure is measured both on the test model itself and on the walls of the test section. The noise is measured by Brüel & Kjær’s 2 m diameter sliced wheel array with 84 microphones placed in the anechoic chamber outside the air flow. 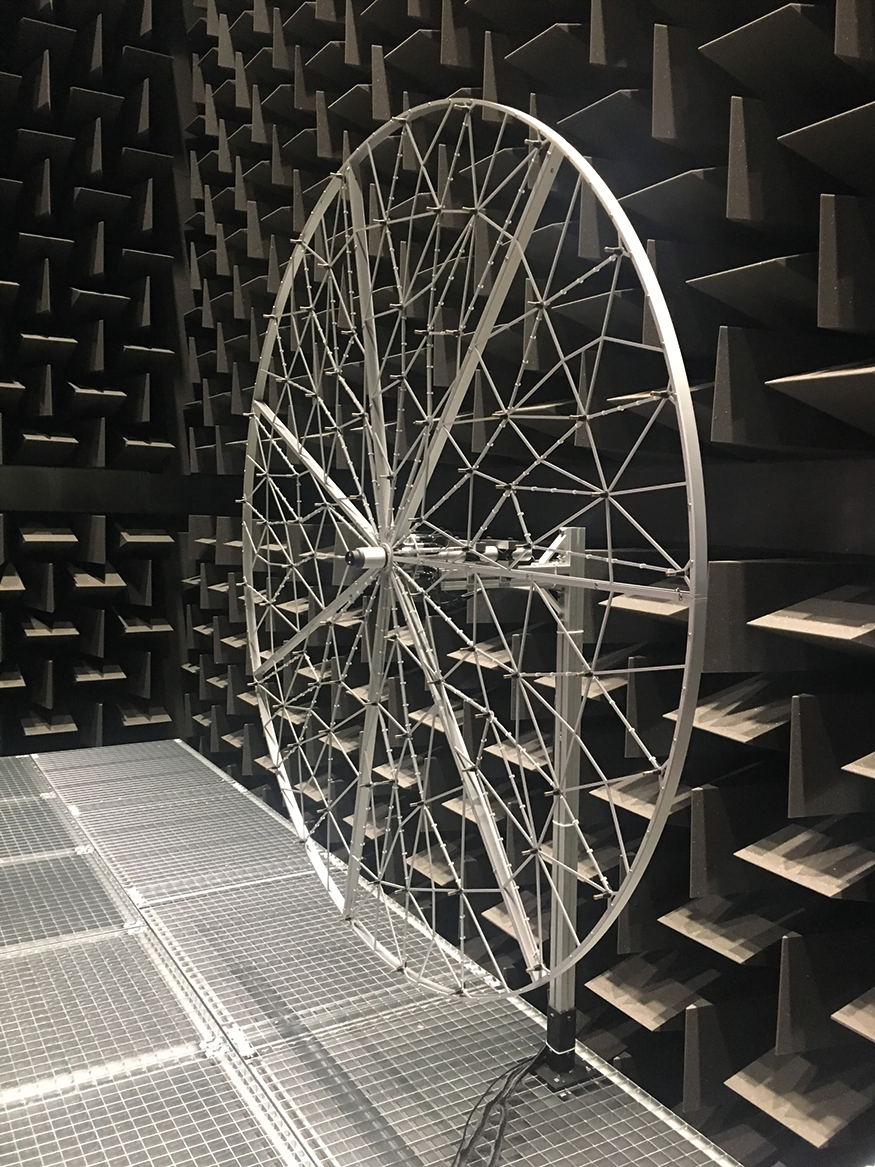 The aerodynamic noise from, for example, wing sections in the test section is measured by Bruel & Kjær’s
2 m diameter, sliced wheel array with 84 microphones placed in the anechoic chamber outside the air flow