The humble guru of structural dynamics

A brilliant mathematician, the Vold in Vold-Kalman, developer of groundbreaking algorithms, patent holder, published author, award winner and former infantryman – the knowledge, skills, experience and achievements of this ´60% retired` 72-year-old Norwegian are endless. 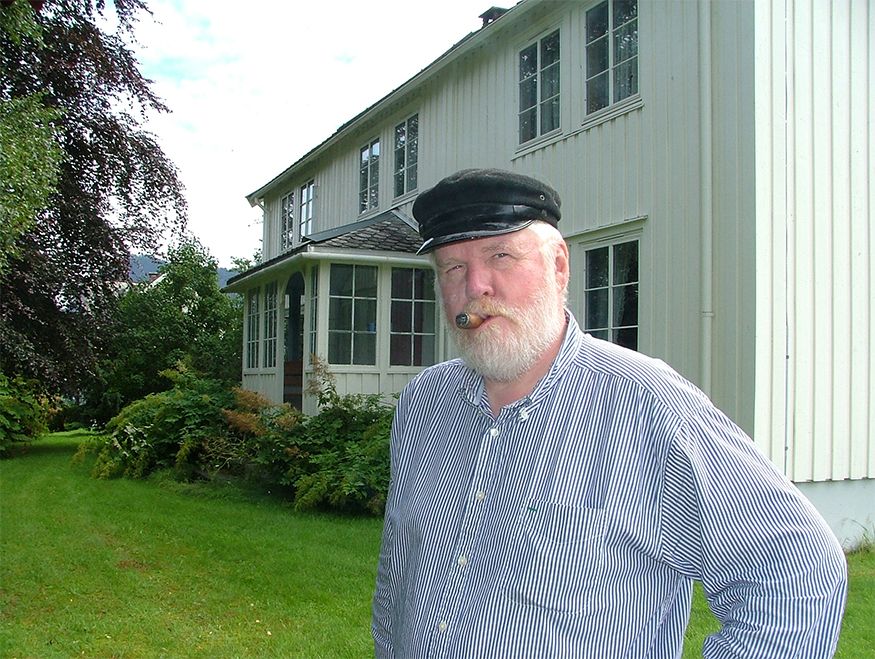 When his father got a job in Oslo, 10-year old Håvard Vold left Voll on the northwest coast of Norway. Despite moving to the city, the young Håvard and his mother spent idyllic, often soggy, summers travelling the country in old Austins, Rovers and Humbers camping out and enjoying nature with his map-maker father. A lifetime of brilliance later, we caught up with Håvard Vold, who has returned to his hometown, where he combines a rural lifestyle with consulting work and local politics.

What drew you to mathematics?
I went to school in Oslo and did not distinguish myself in any way. I preferred languages, history and soft sciences but when I discovered the history of physics and classical math, something clicked, so I went to the University of Oslo to study mathematics. There, I became involved and interested in a group of students and a pioneering faculty that ran the first general purpose computer on the campus. Math was transformed from proofs of existence to ‘how do we compute credible approximations’ to the solutions of monumental equations from mechanics, physics and chemistry. I was also enrolled into the Simula 67 language project to develop and programme random number generators for discrete event simulation. Simula 67, an extension of Algol 60, was the first ever object-oriented language, complete with classes, inheritance, polymorphism, encapsulation and virtual functions. This language was a precursor of the C++ language.

When did you become interested in structural dynamics?
My notoriety in computer science and numerical analysis translated into a job as junior lecturer at the University of Stuttgart’s Institute of Statics and Dynamics of Aerospace Structures where I was mainly involved solving large equation systems on computers. In fact, the Institute was one of the pioneers of the Finite Element Method. I can honestly say that this was the first time I learnt anything whatsoever about engineering. Before that I had been an officer, a gentleman and a university don, but suddenly I found out that math and computers could be used for something useful.

Later, I was hired by SDRC to help write the new finite element code that was to go into what became known as the I-DEAS suite of programmes. All the work I’d been doing up to then was analytical and numerical, working on analytical models but SDRC had a test lab and that was the first time I’d seen dynamic and modal testing in action. A light bulb went off in my head – this was not just theory. Suddenly, I could see mode shapes and measure them – nature does behave in this way. 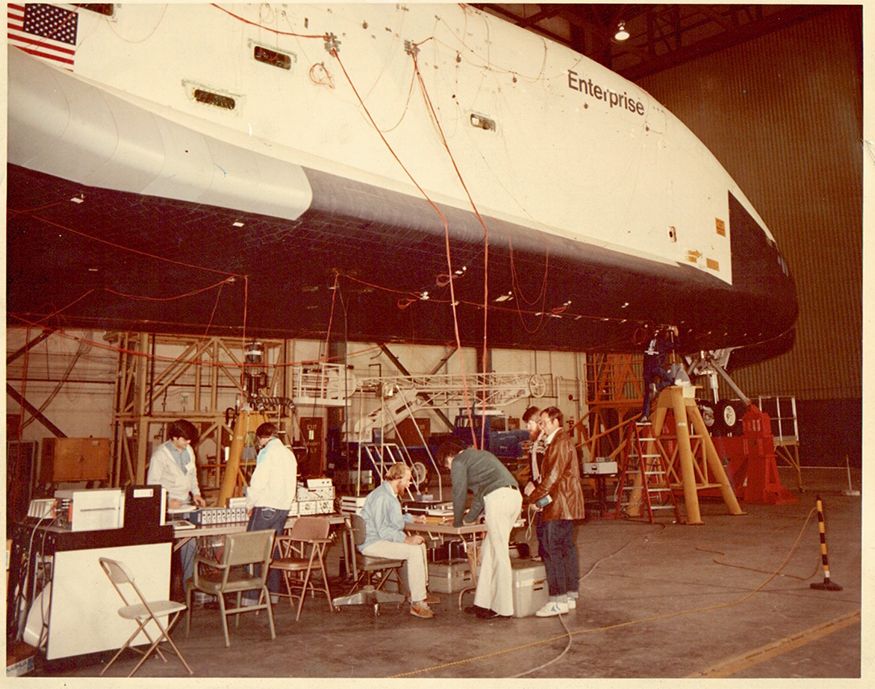 Then some people discovered an old technique by Gaspard de Prony from the 1790s, now known as the complex exponential method. I was asked by SDRC to explain it, and I found out that I could incorporate multiple exciter locations in the same computation, meaning that suddenly we’d have multiple views into a structure’s dynamic characteristics such that we could separate modes of vibration that were close in frequency. It was a much more unbiased way of looking at things and provided a numerical method for dealing with repeated roots, symmetry and closed roots in a way that was never possible before without human judgement. This was especially important for aerospace structures, which are close to being symmetrical and with light to medium damping.

“I should really have either been an infantryman, a physicist or mathematician but ended up having all kinds of good clean fun in engineering, specifically methods development.”
HÅVARD VOLD

SDRC recognized the commercial importance of the method and wanted to brand it. Since the core of the method related to resolving the individual contributions from multiple inputs (shakers), referred to as ‘references’ in SDRC parlance, it was baptized Polyreference.

What were the challenges you have faced in your work over the years?
There have been so many things that would have been wonderful to work on but along comes an accountant saying: “there’s no budget available”. That, or “what you’ve done is good enough”. It's as if researchers, developers or scientists were toddlers, then employers would be grown-ups telling them what they can’t do.

What’s the most rewarding thing you have done?
The continuous scan method in acoustics. In 2007 Brüel & Kjær and ATA collaborated to do acoustic holography on jet plumes. The technique allows you to calculate the sound field at any location using measurements of the sound pressure on a surface surrounding a given source so that you can get really pretty pictures with stream lines and phase information and all kinds of things that you don’t have in beamforming.

Since that initial work, we’ve continued the development and I’ve authored several papers on the subject and it’s now being propagated to other countries and applications. I’m very proud of that because it’s thinking outside the box. I’m not a professional acoustician so I never considered how difficult it might be – I just have ideas. Most of the time you get your face smacked but occasionally, things work out.

“When I was a research assistant at the university of Oslo’s Institute of Mathematics, I discovered FFT, and that changed my life.”
HÅVARD VOLD

Share defining moments in your work.
In terms of modal testing, the aha moment was when I discovered that the single-channel, single-exciter, single-output equations could be reformulated into multiple-input multiple- output equations so now they’re matrices and vectors instead of scalars. This means that what we’re getting out is consistent as opposed to looking through a series of keyholes and trying to put together a scene from a limited number of views. Now we have a total view of everything. 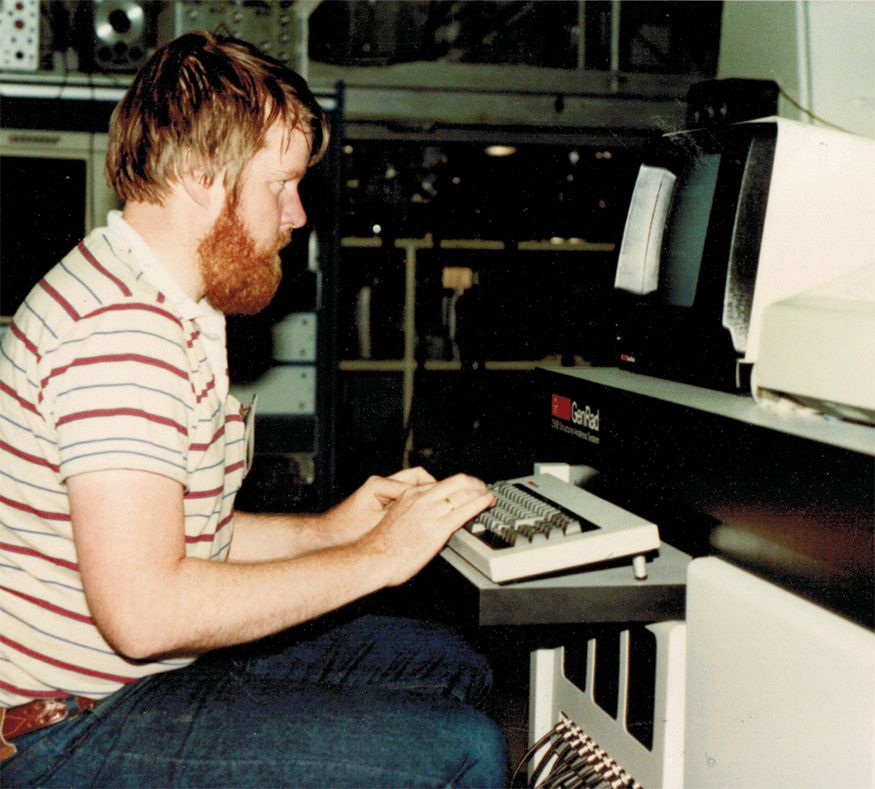 The Vold-Kalman filter is a time-domain method, which developed from work I started with Jan Leuridan from LMS on order tracking by Kalman filters. I developed the second generation of this filter with the support of SDRC and Brüel & Kjær. Unbeknownst to me, they decided to call it the Vold-Kalman filter and the name stuck. The method is mainly being used in the advanced work that’s being done in the field of rotating equipment, and that makes me very proud.

Any unattained ambitions?
I think I’ve been incredibly blessed in my work and the opportunities I’ve had. I have been married 45 years and counting, I have family, friendship and the respect of my peers. We may aim for the stars but hitting the treetops ain’t half bad.

What are the best and worst decisions you have ever made?
The worst decision was to proceed on a copyright infringement case. I was given a finding of $8000 in damages and ended up with a $500,000 bill in lawyer’s fees. That was one really bad decision – even though I was right. I understood then that studying math is for idiots. I should have been a lawyer.

The best decision was moving back to the family farm. It’s good for the soul.

Is there one person who has inspired you in your life?
My wife Leita has been a wonderful inspiration. She’s always been a trooper, she has spine, she has worked with me, she has given me ideas, she has told me when to shut up. She has provided sense and sanity in my life and she is very smart. 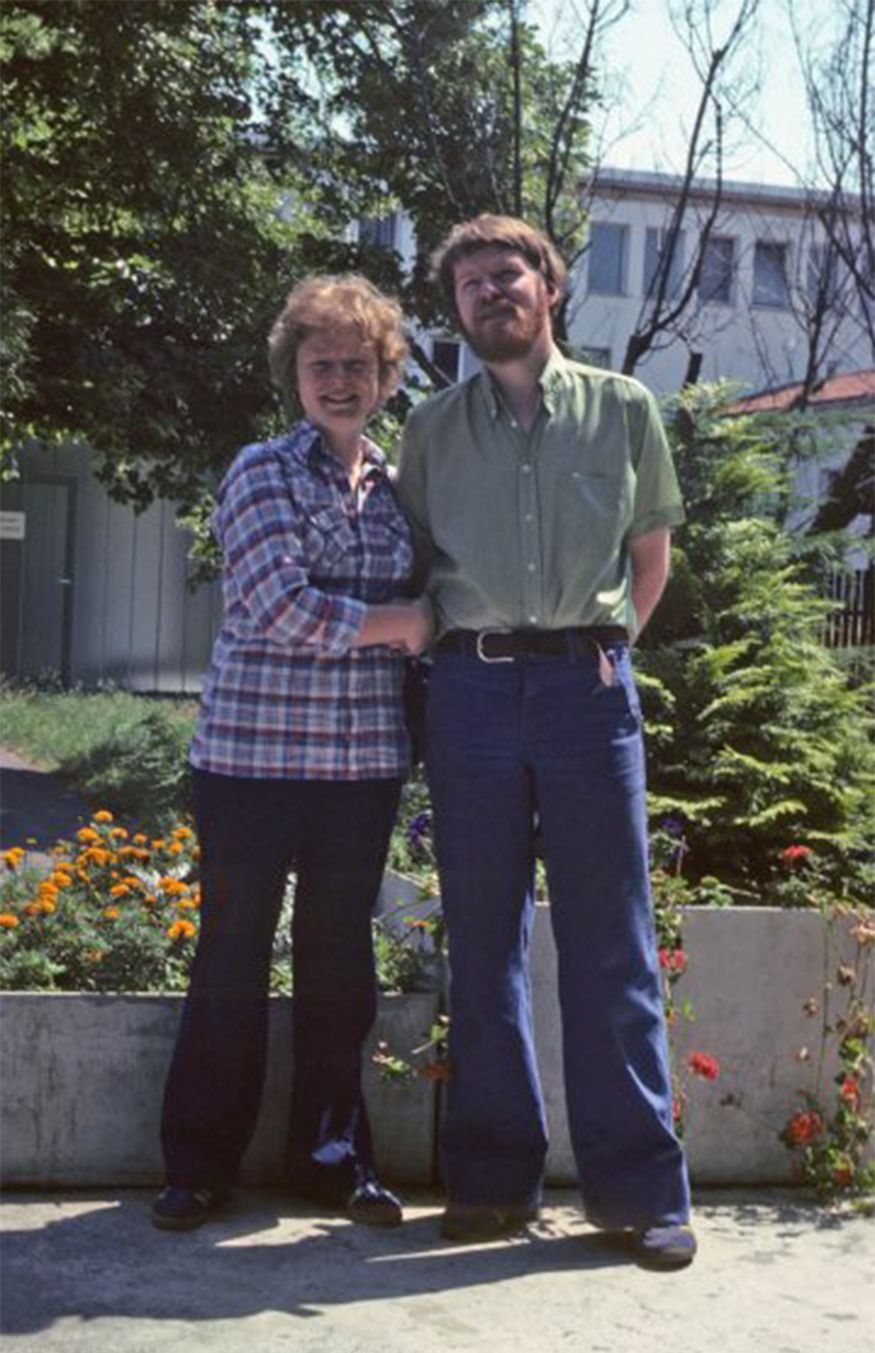 Do you still wrestle with mathematical problems?
Yes, but they are not anything worthy of a Fields Medal. It’s more about the crafting side of mathematics where you try to put things together to make them work – I get algorithms to work.

Do gurus ever retire?
As long as I enjoy doing technical things, I will continue to do some consulting work. I’m still like a 12-year old boy who hasn’t discovered girls but who is having a great time finding out how a clock works – I still get a thrill from looking at gizmos and neat solutions to engineering problems. I’m also having fun fishing and exploring the fjords in my boat in all kinds of weather. The reason I moved back to the Norwegian countryside was to be close to my family, the familiar mountains and my old fishing spots. My mantra is: use your body, use your mind and you must smell the roses.