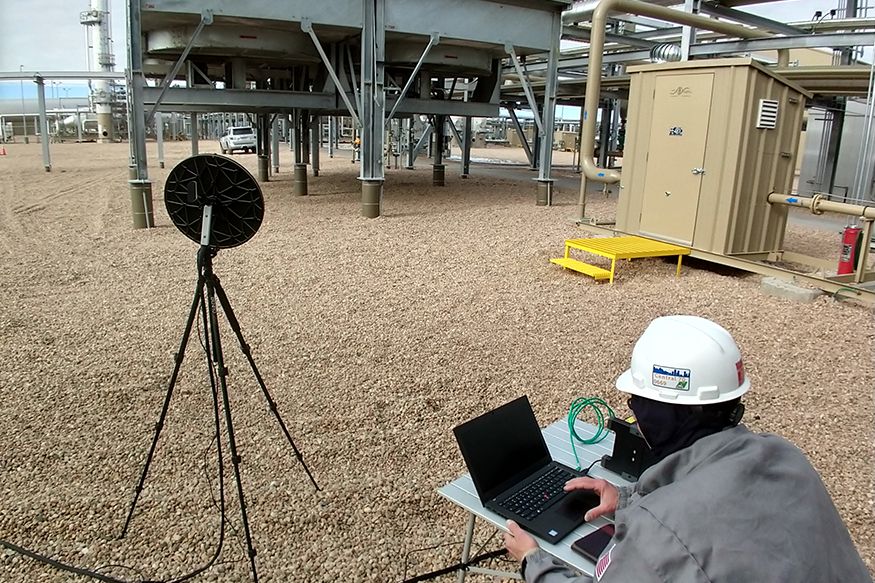 Jeff Kwolkoski describes a recent project, âWe were contacted by an industrial facility concerned about the noise that was causing complaints from nearby neighbors. There were many sources producing noise and contributing to the noise radiating from the facility. By testing and making computer-based models of the facility, we were able to predict which noise sources were the most significant noise contributors.â

However, many of the sources were complex and included multiple sources such as compressors, motors, piping, and valves. Jeff continues, âEnter the Acoustic Camera. We first looked at the facility from the property line and used the camera to verify where the most significant noise was coming from.â Next, the Acoustic Camera was used to further narrow down the sources of noise at each piece of equipment. âWithout the camera,â says Jeff, âit would have been necessary to acoustically treat multiple noise sources to make sure that the noise was sufficiently reduced. The camera allowed us to pinpoint which parts of the equipment required noise mitigation thus reducing the overall cost to the owner.â

Jeff explains, âOur first task was to determine if the walls were performing as they should. The Noise Isolation Class (NIC) was measured using pink noise generated with powered loudspeakers and measured with an integrating sound level meter. Overall, the rooms seemed to be performing as well as should be expected.â

Nonetheless, Wave Engineering was tasked to develop ways to improve sound isolation between offices. âWe first wanted to know where the strongest noise paths were in or around the modular wall system that contributed to complaints. The Acoustic Camera was the perfect tool to identify sound leaks,â says Jeff.

The ability to view video images in real-time or save still or video images and data for later analysis makes it much easier for engineers to identify excessive noise sources compared with using a conventional sound level meter or trying to discern by ear. âWe suspected that sound was transmitting through the modular wall joint at the exterior wall and glazing,â says Jeff, and continues âThe joint appeared to be sealed well, but the Acoustic Camera showed that the joint was clearly much weaker than the wall itself.â 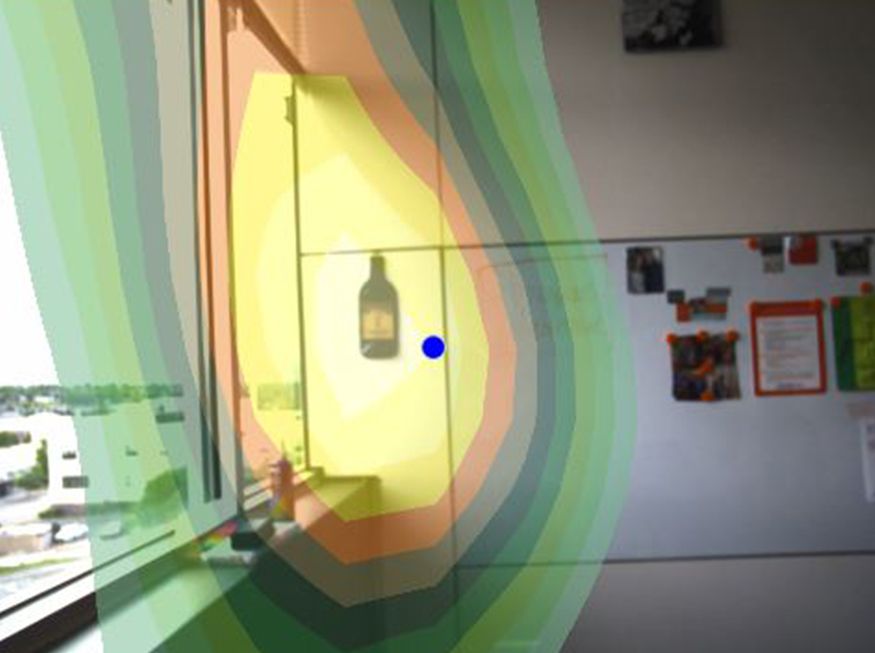 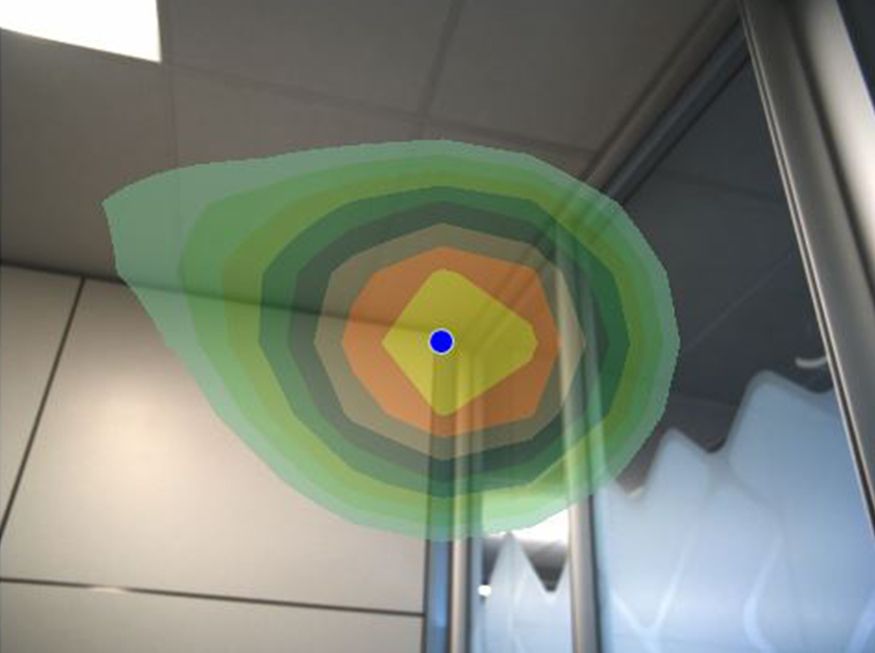 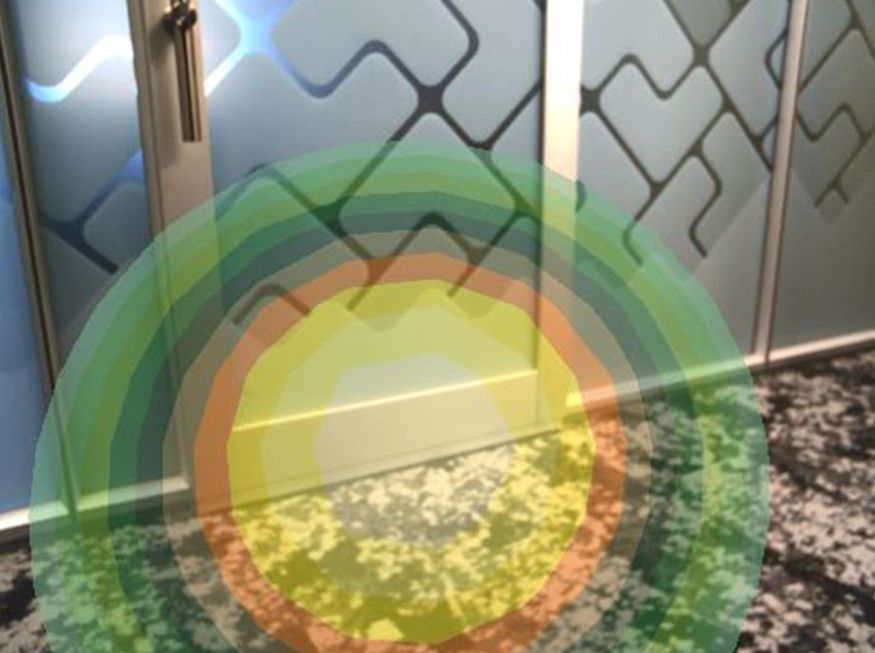 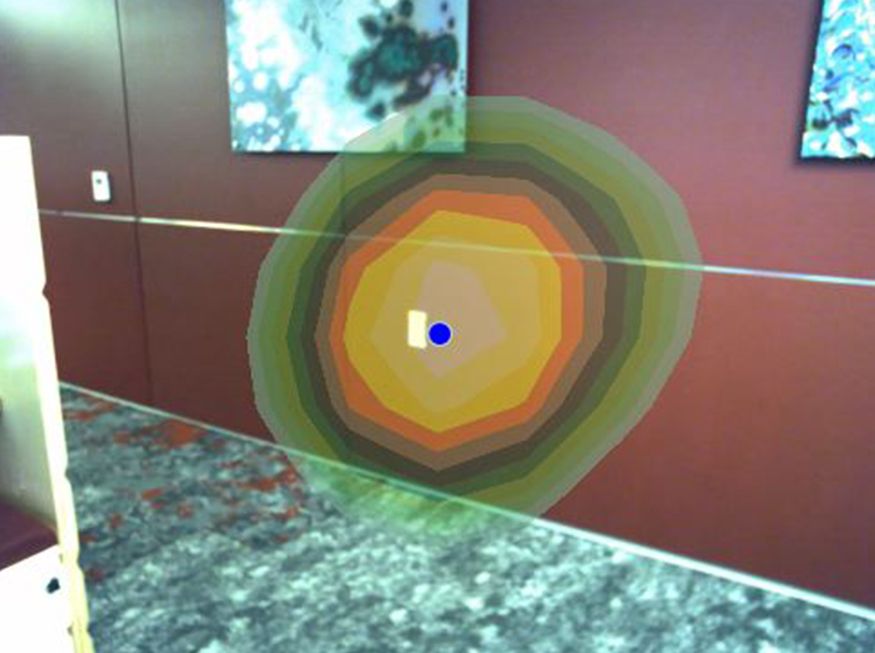 âWe suspected that sound was transmitting through the modular wall joint at the exterior wall and glazing.â
JEFF KWOLKOSKI
President, Wave Engineering

The modular walls of the office had seals intended to maintain sound isolation, but these, it turned out, were imperfect where the walls intersect â Wave Engineering will continue working with the wall manufacturer and installer to identify remedies for this issue. The wall system also included sliding doors that are difficult to seal well. The cameraâs images showed strong sound transmission where the office door meets the floor and ceiling.

Finally, a sound âhot spotâ was discovered at an electrical outlet and further investigation showed that a cover plate was missing. A satisfied client and a way forward to solving the issues was the end of a thorough investigation.

Jeff says, âThese few examples show how the camera helped identify potential areas for improvement. The images are a very effective tool for communicating the issues to the client. This is a great example of how we work closely with our clients and provide practical solutions.â