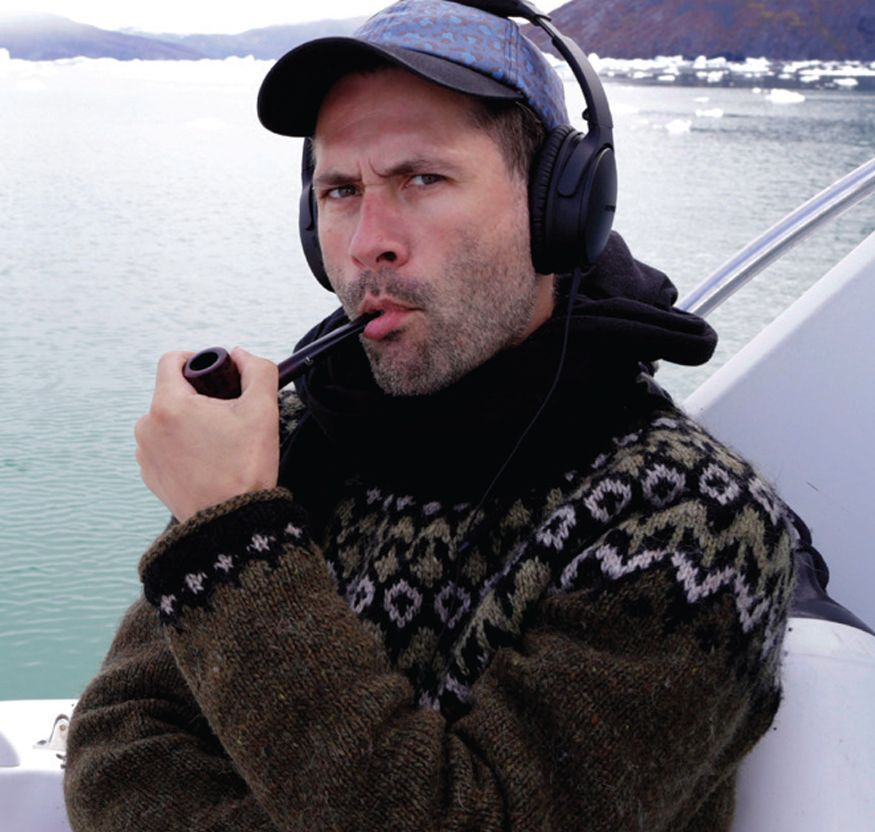 “As an artist, I could create a horrible image that makes people close up and push it away, but if I can make something interesting, with a kind of aesthetic, that will bring them closer and give them an awareness of that experience.”
JACOB KIRKEGAARD; Image courtesy of Inuk Silis HøeghLearn more: Fonik Website

THE SEEMING SILENCE ISN’T ALWAYS GOLDENThe goal of Jacob’s work isn’t only to paint a vivid picture of problems in the world or shock his audience with gruesome details of a planet in terror. That, he believes would be counterproductive. According to Jacob, “we, as humans, distance ourselves from things that make us uncomfortable. How do we learn to deal with what distances us?” And with that mindset, he looks for ways to create what he calls a listening space, a space that will encourage reflection on the world around us that we don’t want to see or hear. He has composed sound works from the abandoned spaces in Chernobyl and Fukushima and of melting ice in the Arctic. With his latest works, listeners take a trip, following waste with recordings in Denmark, Latvia and the extreme destination of the Dandora dumpsite in Nairobi, Kenya, and its challenges with waste management, and he broaches the uncomfortable topic of the final stop in the human condition, exploring acoustic environments related to human post-mortem.

HEARING ABOUT IT ANOTHER WAYIn Kenya, Jacob spent a considerable amount of time recording massive piles of waste. The sun beating down on the trash generates enough heat to start fires and create a wasteland of burning plastic. It’s in this noxious environment that some of the locals wander through the waste looking for salvage, braving toxic levels of heavy metals and other pollutants – a few suffering burns from the smoldering fires.

TOOLS OF THE TRADESince he first began his artistic journey, his efforts to procure the recordings that he would use as the raw materials for creating his sound spaces would require more equipment than standard microphones. He was first introduced to recording with accelerometers and hydrophones while working on his master’s degree at the sound department at the Academy of Media Art in Cologne, Germany. Since then he has used them many times to get recordings in some very extreme environments – from using hydrophones to record the cracking, melting ice from deep inside glacial crevices in Greenland to recording with an accelerometer to capture the sound of thermal springs and volcanic activity in Iceland.

WHERE THE SOUND TAKES US

LEARN MOREB&K TRANSDUCERSThinking outside traditional recording methods allows Jacob to get inside the environment, be it mounds of trash or melting ice, and record the vibrations as the raw audio tracks that he uses to create the final piece. After scrutinizing his recordings, he can begin to identify the natural rhythms and tones produced by the burning, settling, decomposing heaps of trash and layer the tracks on themselves to build a new sound, disassociating the audience from the source material and providing a listening space where they can reflect on the moment they are in, and then step across that threshold to associate that moment with the things they don’t want to see – or hear