Airbus is a global leader in aeronautics, space and related services. Airbus offers the most comprehensive range of passenger airliners from 100 to more than 600 seats and is a European leader providing tanker, combat, transport and mission aircraft, as well as one of the world’s leading space companies. In helicopters, Airbus provides the most efficient civil and military rotorcraft solutions worldwide. 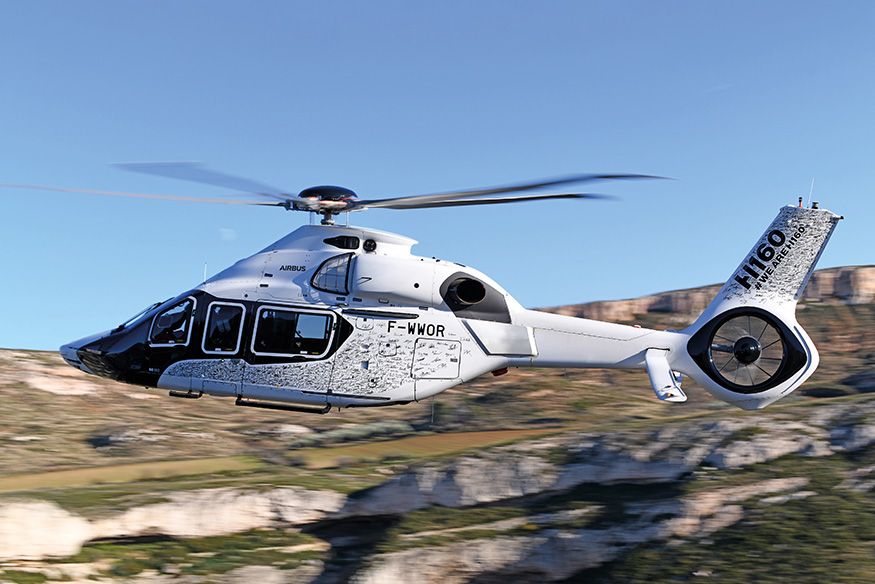 Last May, the Airbus H160 helicopter wrapped up its customer demos in Trenton, New Jersey. Over four days, 52 customers including 23 pilots got to experience the new aircraft. Customers said they were blown away by the power, the sophistication of the auto-pilot, the low noise level and smooth vibrations. “It’s super quiet – quiet in start-up, quiet in cruise. The manoeuvrability of the aircraft…it’s incredible,”* said Joe Drummelsmith of Union Holdings, a participant at the demo.

The H160 helicopter falls into the “medium” category in size and performance, targeted towards VIP transport, oil-rig crew transfers, emergency medical services and other commercial and industrial applications. It can seat up to 12 passengers and fly up to 460 nautical miles, with a VNE (never exceed speed) of 170 miles per hour. It burns 15 per cent less fuel than previous-generation engines, and thanks to innovatively shaped rotor blades, the aircraft is significantly quieter than competitive models as measured from directly below.

Before any civil aircraft can be put into service, it must be approved by authorities – European Aviation Safety Agency (EASA) in Europe and the Federal Aviation Administration (FAA) in the US. Noise certification is a measurement and calculation process in which Effective Perceived Noise Levels (EPNLs) must be generated for approach, take-off and flyover operations. The certification process is stringent and needs to be fulfilled early in the development phase to know the aircraft noise performance levels as they are important for Airbus customers, especially for Commercial Air Transport applications.

Under the responsibility of R. Corbiere, head of ‘On Aircraft Integration Tests’ within the Airbus Helicopters Test Centre, Airbus conducted the H160 certification tests at its testing facility at Marignane, France. Test procedures require stringent test-site selection and preparation, and regular acoustic calibration of the measurement system. This means that each test session requires a significant team, including flight crew, ground test personnel and representatives from the certifying authority, and they need to be perfectly coordinated to make sure the instrumentation records all the tests during the first run.

With this system, all the necessary tasks, including calibration processes, corrections to reference day conditions and measurement system response are incorporated, so all the phases of the noise measurement process are completely supported. Finally, the H160 acoustic certification test campaign took place in September 2017 and needed 75 flight runs to be recorded, 6½ flight hours over two days, with no technical defects on the measurement system. G. Marrou says, “Once we have all the necessary measurements from the Brüel & Kjær system, we use dedicated developed validation software to integrate the flight path of the aircraft, temperature and relative humidity in the air. With these final calculations, the official EPNLs are rendered and submitted to EASA for certification.” 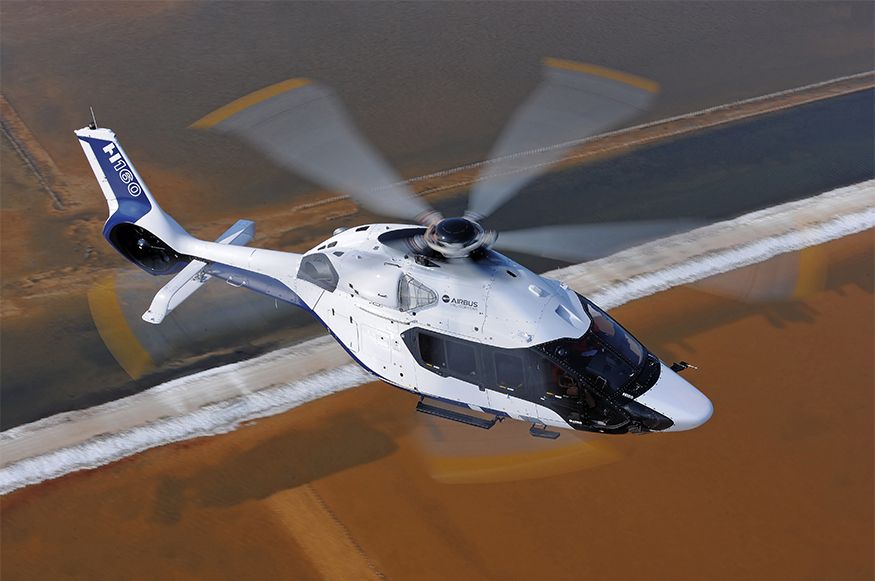 The test is controlled from the test office station and real time visualization of measured levels is available during the whole test. Operators can start and stop the remote measurement system and upload data from the measurement station for making calculations and reports. The test station can communicate with the aircraft to obtain position data as well as with a local weather station recording weather data at a height of 10m.

In August 2018, EASA officially approved the acoustic certification for the H160. The first serial H160 performed its maiden flight on December 14, 2018. Certification is expected at the end of 2019 ahead of its entry into service 2020.

G. Marrou says, “It’s extremely important to us to have access to accurate noise measurements during the R&D phase. It helps us know where we are in relation to the approved limits we need to meet and helps make our development process more efficient.”

With a large need for noise certification and internal noise testing, Airbus has been a customer of Brüel & Kjær for several decades. “We like that so much high-quality equipment is available off the shelf and still customizable to our needs – and of course that it is preapproved by the necessary authorities,” says G. Marrou. “For us, there is huge value in getting the right measurements at the right time – with high reliability and continuous support.” 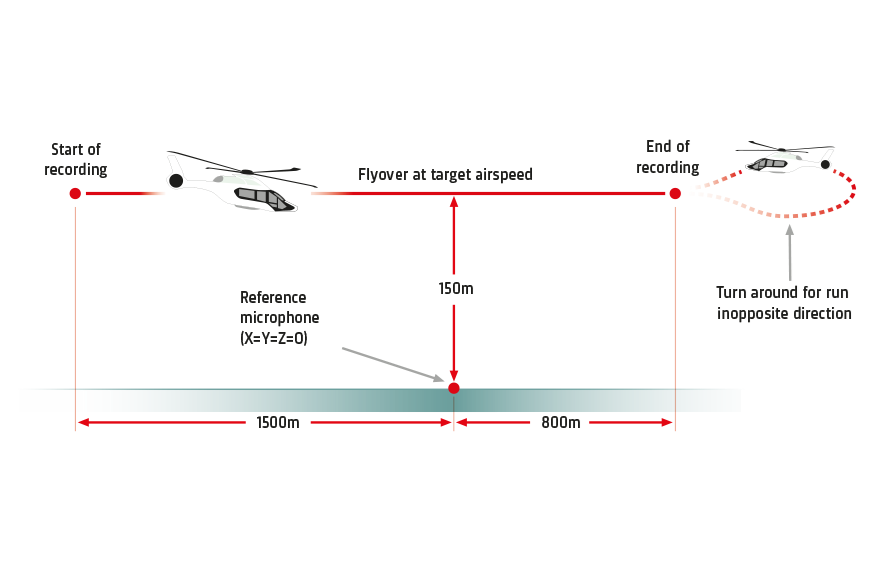