All structures large and small are subject to physical forces that affect their performance. From a wind turbine blade vibrating in an offshore gale to a civil engineering structure distorting under foot traffic, these forces test the integrity of the structures. Yet, while structures must be resilient and rigid enough, over-engineering them can be both unnecessary and costly – especially when weight is an issue. And some structures, like engine mounts, must not be too rigid. They must absorb vibrations to maximize comfort. Understanding how structures behave in action is what enables engineers to optimize their designs, monitor structural integrity, and maximize performance.

To understand a structure’s behaviour, we need to analyze the way it reacts to forces. By exciting the structure with a hammer or shaker and measuring its response with accelerometers, you can characterize its modes and natural resonant frequencies. Techniques like operational modal analysis (OMA) and operating deflection shapes analysis (ODS) work while the structure is in operation, allowing you to get a realistic picture without having to artificially excite the structure.

Since structures are often designed using finite element (FE) models, it is very useful to be able to interface smoothly with them. Importing detailed FE design models allows you to create simpler test models that are highly accurate. This helps you to place accelerometers in the best places to get the best results. FE modelling programs predict and simulate the structural behaviour of a product, but need comparisons with real-world data, to validate them. Being able to easily import test data back into FE models is an essential step in structural testing.

The forcing function depends on the operating conditions, which for machinery, can be influenced by factors such as engine speed, load, pressure, temperature and flow. For civil engineering structures, ambient forces from wind, waves and traffic might also apply.
ODS analysis can be divided into three types – time ODS, spectral ODS and run-up/down ODS.

Brüel & Kjær’s scalable ODS systems provide complete guidance through the set-up, measurement, validation and animation for each ODS type, and allow analysis in real time or during post-processing of time histories. 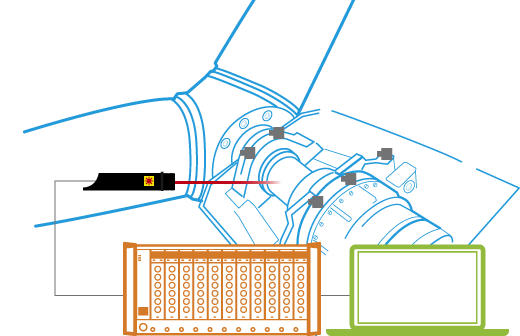 In classical modal analysis, a model of a structure’s dynamic behaviour is obtained by exciting the structure with measurable forces and determining the response/excitation ratio.

Classical modal analysis ranges from simple mobility tests with impact hammers to multi-shaker testing of large structures. The results are used in a vast range of applications including troubleshooting and diagnostics, benchmarking, simulation studies and design optimization.

Our modal analysis solutions guide you through the complete set-up, measurement and analysis in simple and intuitive steps, and provide you with accurate and reliable results even in the most demanding situations, with a targeted set of best-in-class modal parameter estimators and validation tools. Our solutions are also expandable so they can grow with your requirements.

Virtual simulation has dramatically accelerated the overall aircraft development process. However, physical testing remains a critical contributor to model validation and to providing the understanding of structural characteristics of new materials and manufacturing processes. Aircraft ground vibration testing (GVT) is an economic method for determining the modal parameters and mode shapes of a structure and is typically performed very late in the development process. The outcome is used to update the aircraft’s analytical model and to predict the critical flutter speed. This is then used as input for the aircraft flutter test to obtain its airworthiness certification and to detect structural flaws and troubleshoot flight control dynamic problems.

GVT is mandatory for new aircraft and for existing aircraft that undergo modifications. 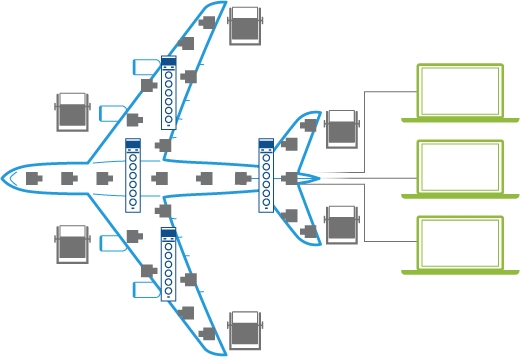 A typical GVT system consists of shakers for excitation, accelerometers designed for structural analysis and LAN-XI data acquisition hardware. Post processing is carried out with PULSE Reflex Modal Analysis software. Based on a Finite Element (FE) model of the test object, the test model geometry is defined. The FE model also provides the basis for a pre-test analysis to define excitation and response DOFs (Degree-Of-Freedoms) and target modes.

This system is scalable, depending on the size of the test object, and especially for large objects, the LAN-XI data acquisition hardware can be distributed, to minimise cabling.

In operational modal analysis (OMA), only the output of a structure is measured using the ambient and operating forces as unmeasured input. OMA is used instead of classical modal analysis for accurate modal identification under actual operating conditions, and in situations where it is difficult or impossible to artificially excite the structure. Many civil engineering and mechanical structures are difficult to excite artificially due to their physical size, shape or location. Civil engineering structures are also loaded by ambient forces such as the waves against offshore structures, the wind on buildings, and traffic on bridges, while mechanical structures such as aircraft, vehicles, ships and machinery exhibit self-generated vibrations during operation. In OMA, these forces, which would produce erroneous results in classical modal analysis, are instead harnessed as input forces. As OMA can be performed in situ during normal operation, set-up time is reduced and downtime can be eliminated.

Brüel & Kjær’s OMA systems are scalable, making both hardware and software easy to upgrade. The software is available in three versions – Light, Standard and Pro, which differ mainly in the number of techniques they provide.

Structures degrade over time due to use, harsh environmental conditions and accidental events. Using continuous, long-term Structural Health Monitoring (SHM) makes it possible to follow the structural state and determine the required health management of the structure such as organization of maintenance and repair.

SHM is a very important objective for end-users, manufacturers and maintenance teams as it: 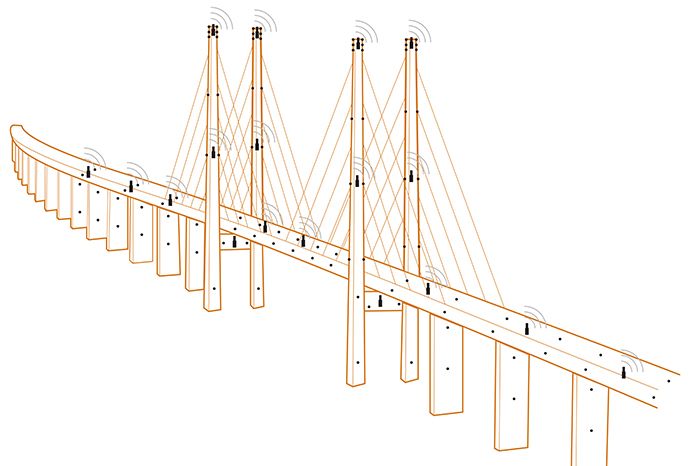 Our SHM solutions cover the complete measurement and analysis chain. They include automatic data upload and processing, mode tracking, damage detection and drift analysis. Notification (alert) services such as visual, auditive, email and web services can be configured.

Our damage detection algorithms work in the physical domain using state space models instead of in the reduced modal domain. This gives a more robust detection with highest possible accuracy.

Integration of test and finite element analysis (FEA) is a core discipline in structural analysis. Integrating testing and FEA helps to cut development costs, reduces the amount of physical prototypes, and shortens the time from concept to production – all by optimizing strategies for testing structures and improving the development of finite element (FE) models. Using baseline FE models, you can optimize your structural tests early in a project and then improve these FE models using the enhanced test results. 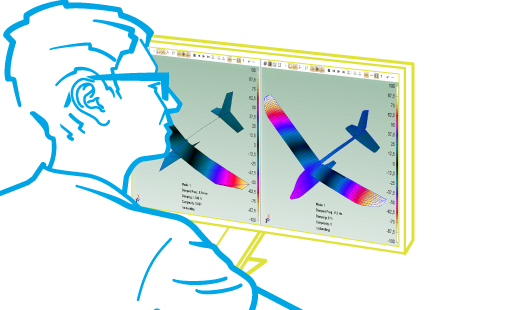 A single transient shock event such as pyroshock or a structural impact can damage components in a structural system. Similarly, earthquakes can cause catastrophic failures in bridges and buildings. And with any motion input into a system, the response can be amplified by structural resonances, increasing the damage. By calculating the shock response spectrum (SRS) it can be determined how shocks affect a structure. 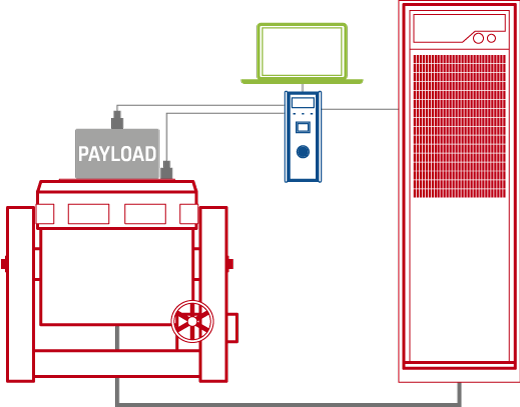 BK Connect Shock Response Spectrum Analysis software supports all five SRS models described in the ISO 18431-4:2007 standard. Combined with the nine ordinary criteria for amplitude calculations (shock instances), up to 45 response types can be calculated to match your requirements.

Special shock accelerometers for high-level and high-frequency measurements are part of our complete measurement and analysis chain.