Strange as it may seem in 2019, people are still being seriously injured or killed by landmines placed in wars that, in some cases, have been over for decades. 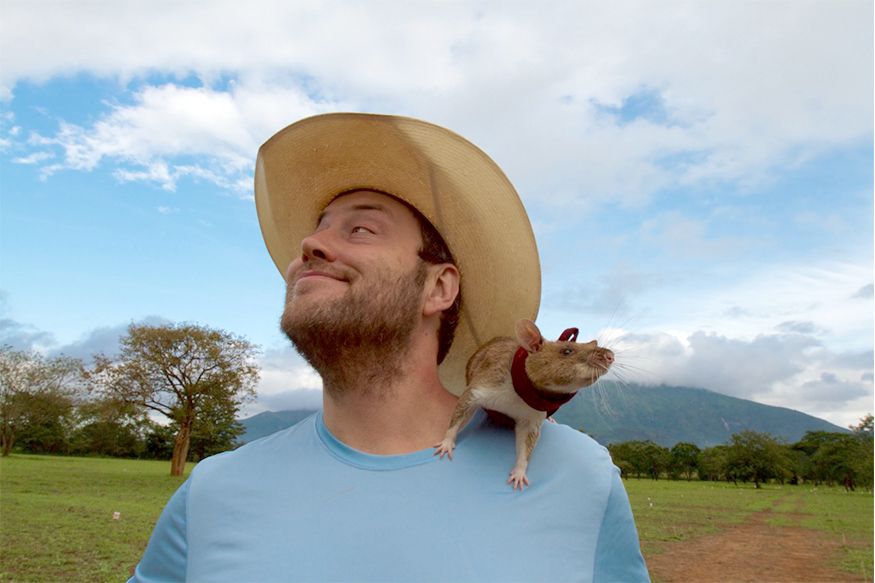 There are ongoing efforts to clean up these millions of hidden mines, but it’s dangerous work. Different techniques have been developed over the  years to make it safer, but there’s a new innovation that combines a rat and an accelerometer-laden backpack.

APOPO is a non-governmental organization that has been using rats, which they have dubbed HeroRATs, to find landmines and detect tuberculosis. Andrew McGregor became aware of them and their HeroRATs while working as a photojournalist in DR Congo during fighting there in 2007.

Seeing what war and its accoutrements do to children, in particular, Andrew McGregor initiated a project to do something about it. One result was a wearable accelerometer- based technology, he co-invented with roboticist Ian Ingram, that aids the rats’ training and helps them communicate to their handlers when they find a landmine.

Due to their fantastic sense of smell, intelligence, trainability and very low breeding and feeding costs, rats make excellent landmine detectors. An added bonus is that they are too light to set off the mines. Currently APOPO click-trains rats to target specific scents. While the rats are highly proficient and successful, they are still rats, and the search method relies on visual cues picked up by a human handler.

The accelerometer-based system is an effort to improve training by further standardizing indication behaviour and facilitating field determinations by creating a secondary notification system. Andrew emphasizes, “We are still in the prototype stage; we have not solved everything we need to solve.” Development is ongoing, and they continue to identify behaviour through acquired data that can help rats communicate with handlers. In the mean- time, there are profoundly courageous people routinely removing landmines every day. Andrew closed the interview commenting, “The most effective tool we have is harnessing our collective moral and political will so that these weapons are cleaned up and never used again.”