It was only back in 2015 that Huawei smartphones became widely available in Europe. Here, the sharp lines of models like the Honor V8 offer a crisp new alternative to the conventional brands. Already the largest telecom company and the highest-selling smartphone maker in China, Huawei has grown rapidly in the Middle East and Africa too. And now, after achieving success on such a scale, Huawei has intensified its focus on giving the best overall quality of service.

However, the top end of the phone market is a crowded and competitive place. High quality is expected as a minimum, and it depends on top audio performance in every situation – whether playing music or speaking. So as Huawei pushes out strongly into the premium sector, its acoustic developers need to work hard if they are to catch the attention of quality-conscious users. 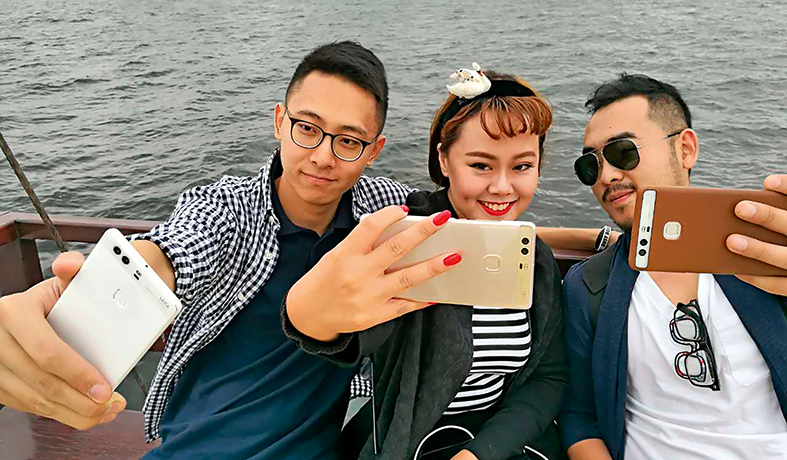 Voice of the future

Phone technology has advanced amazingly over the last decade, at almost everything except the one thing that phones were originally made for: speaking to each other. HD voice does this by allowing much more frequency bandwidth for speech than at present. The current standard frequency range is based on the bandwidth limitations of copper wire, which were settled during studies in the Bell lab in the 1920s – the Plain Old Telephone Service (POTS), which is easy for handsets to satisfy.

But as the world turns away from conventional wire networks and sends voice over internet data networks instead – using VoLTE (voice over long-term evolution) – we are about to circle around the network limitations on frequency range. HD voice is already available in limited instances, like certain networks in Germany.

In the near future, a major component of quality audio will be effective high-definition (HD) voice capabilities. Waiting just around the corner, this new technology promises to transform our phone conversations, making them as realistic as if we are talking together in the same room.

“A phone must be very thin, very beautiful, without lots of openings. So we are limited to designing very small components that deliver high audio quality.”
Mahmod Alrawi - Chief Engineer, Huawei

HD voice will bring more frequency bandwidth for speech, meaning people will sound less muffled. There will be a better definition of high- and low-frequency sounds, giving better differentiation between sounds like ‘s’ and ‘f’. As a result, conversations will be more natural, with instant recognition of the caller and fewer repetitions necessary. Such effortless communication will also bring better perception in noisy environments like crowded streets.

As mobile network infrastructures are being upgraded to support VoIP (voice over internet protocol) all around the world, such voice calls will soon be possible for everyone. This will unleash manufacturers, allowing them to compete over the best voice call quality. As Huawei’s Chief Engineer Mahmod Alrawi says, “We think HD voice will break through when the operators provide this service, so we need to be ready.” Imagine: the actual conversation quality of a handset might just help determine the fate of brands.

For Huawei and its competitors alike, delivering high-quality audio is already a huge challenge. Since phones are so small and their industrial design is so tightly defined, there is very little space for the audio components like microphones and receivers. “A phone must be very thin, very beautiful, without lots of openings. So we are limited to designing very small components that deliver high audio quality,” says Mahmod. For speakers too, there are serious physical restrictions. “We are talking about moving air volume,” he says. “These are things that we cannot get around.”

“We think HD voice will break through when the operators provide this service, so we need to be ready.”
Mahmod Alrawi - Chief Engineer, Huawei

Adding to these challenges are the demands of customers, who want to play music out loud without headphones – with good audio quality and higher sound pressure levels (SPL). “These components are very small, like 6 x 15 mm,” says Mahmod. “And with HD voice, these components must provide us with a 250 Hz to 10 kHz range. So now we have to deliver quality audio over twice the previous frequency range, and also at higher SPLs with no distortion.” 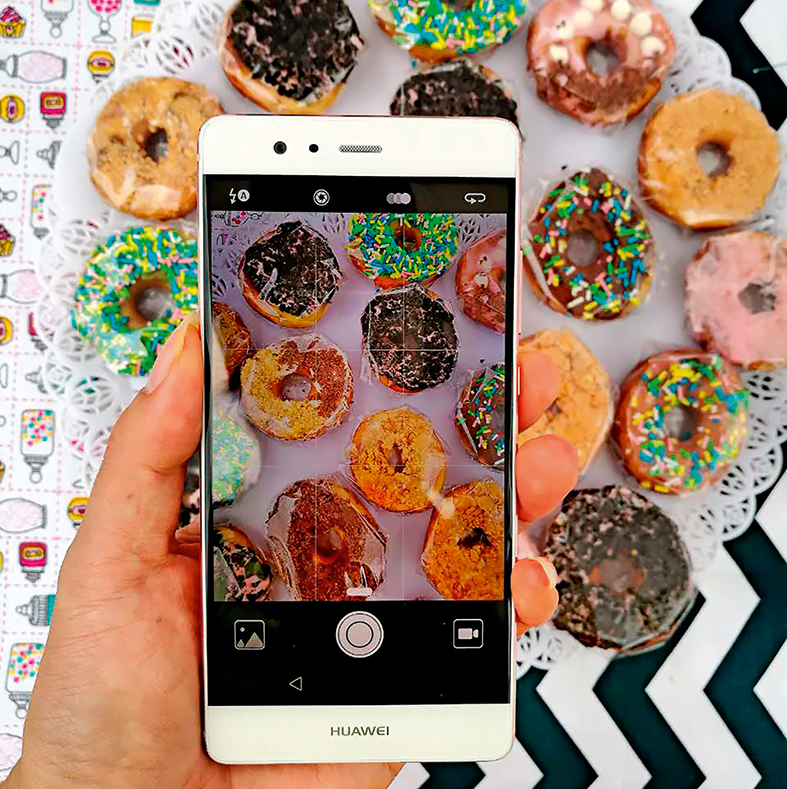 The answer is to get smart. “We rely on technology, discussing with suppliers to create really good components that give really good acoustic performance, using high technology like special new materials for the diaphragm, magnets and coils,” says Mahmod.

The higher frequency capabilities require speakers and receivers whose diaphragms must move much more rapidly – generating heat. So many of the speakers that Huawei uses feature a smart power amplifier that avoids distortion and damage by actually measuring the temperature of the diaphragm and calculating its excursion. In fact, the latest Huawei phone – the P9 Plus – uses a dual smart power amplifier so that in speakerphone mode it uses the earpiece as a tweeter, for better high-frequency playback.

Besides the hardware, audio coding is playing an ever-larger role in improving sound quality. One example is echo. Just as some ‘over the top’ VoIP phone services do now, mobile HD voice faces feedback problems. “It’s a major challenge to develop advanced echo cancellation algorithms to overcome this,” says Mahmod.

Such coding technologies also allow Huawei to tweak the handset’s performance for specific requirements. “Sometimes we get requirements from operators for a higher receiver loudness rating (RLR). This is especially for Asia, where background noise levels are generally louder,” says Mahmod. 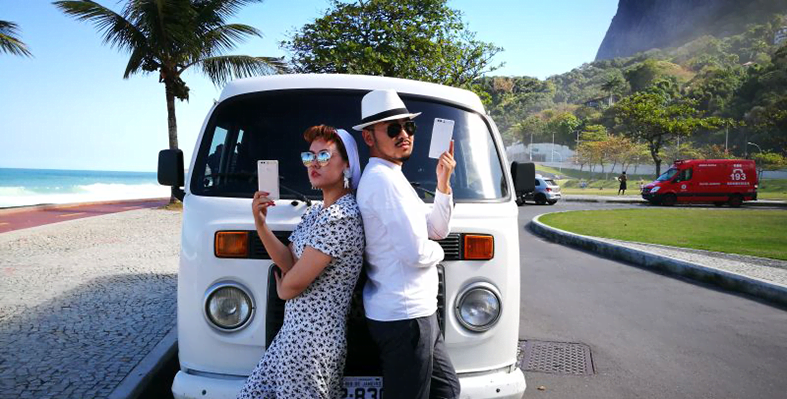 Testing for trains and double-talk

Before they can sell a phone into a market like Europe, operators require that Huawei performs hundreds of test ‘cases’ that realistically evaluate the ways the phone will be used. Standardized tests for double-talk – when two people speak at the same time – and noisy environments, including a cafeteria and a train station, ensure the noise and echo cancellation abilities come up to the operators’ minimum requirements for perception-based metrics such as PESQ (perceptual evaluation of speech quality).

In addition, Huawei replicates the modern ways we use phones today, such as holding them at different angles to our mouths, and during face-to-face videoconferencing. To check the frequency response of the phones at the higher frequencies and SPL levels that better quality audio brings, Huawei uses Brüel & Kjær wideband couplers. These are ‘high-leak’, so they accurately simulate situations where people hold the phone away from their faces. According to Mahmod, “Brüel & Kjær’s wideband couplers are unique. When a phone is unstable at higher frequencies, Brüel & Kjær’s equipment is stable enough to give you the reason why.”


Leading by exceeding the standards

The Brüel & Kjær Head and Torso Simulator (HATS) is also a trusted favorite at Huawei, both during development testing and when testing samples of finished handsets from the production line. “We use HATS partly because it is the same as they use at the Chinese standards organization, so it makes sense to use the same. Brüel & Kjær has been working with standardization for a long time, so we know we are in the hands of people with deep knowledge of the area,” says Mahmod.

“Sometimes we get requirements from operators for a higher receiver loudness rating (RLR). This is especially for Asia, where background noise levels are generally louder.”

Merely satisfying standards is not enough for Huawei, however. To broaden their appeal at the top of the market requires audio performance that leads the field. And make no mistake, when the HD voice evolution introduces quality audio into our everyday phone calls, Huawei intends to lead. “Now our phones are ready for HD-quality voice, but all our competitors can do that as well. Everyone is trying to do it better than the others,” says Mahmod. “We want to be the market leader. We want to be on top when it comes to sound quality and delivering an amazing experience. For that reason, our own internal quality standards are far higher than any operator’s standard.”