When you play music through a loudspeaker, the loudspeakerâs membrane is set in motion, alternately moving in and out. On its way out, the membrane compresses the air right in front; when moving back into the loudspeaker cabinet, it leaves more space for the air in front, causing it to rarefy.

As a rule of thumb, the speed of sound in air is 340 m/s, but it increases and decreases with the airâs temperature:

This means one second after the loudspeaker membrane began to move, a listener 340 meters away from it will start to hear something. If during this second, the speakerâs membrane only does a single cycle of moving out, in, and back again, we say that it oscillates at a frequency of 1 Hz, which equals one cycle per second. Within that cycle, air pressure in front of the loudspeaker will have increased to a maximum before the membrane started to move back into the box, causing the pressure to decrease until it reaches a minimum, to then return to neutral. 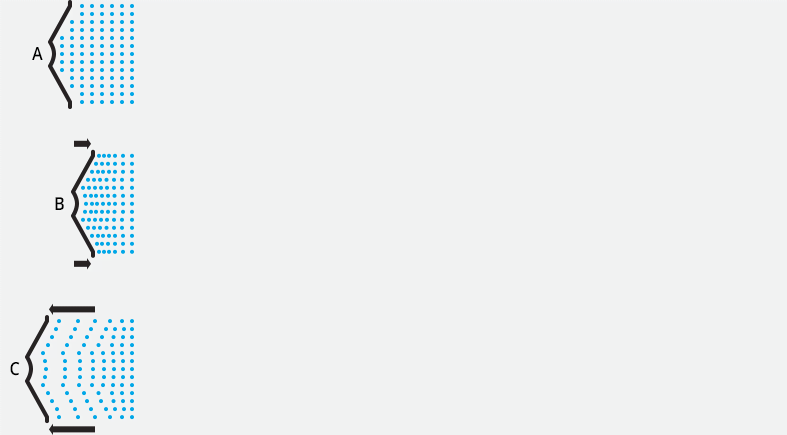 Many will know the rule of thumb that counting to three means that the lightning struck about 1 km away. With this in mind, you can roughly calculate the speed of sound: 1 km / 3 seconds â 340 m/s. 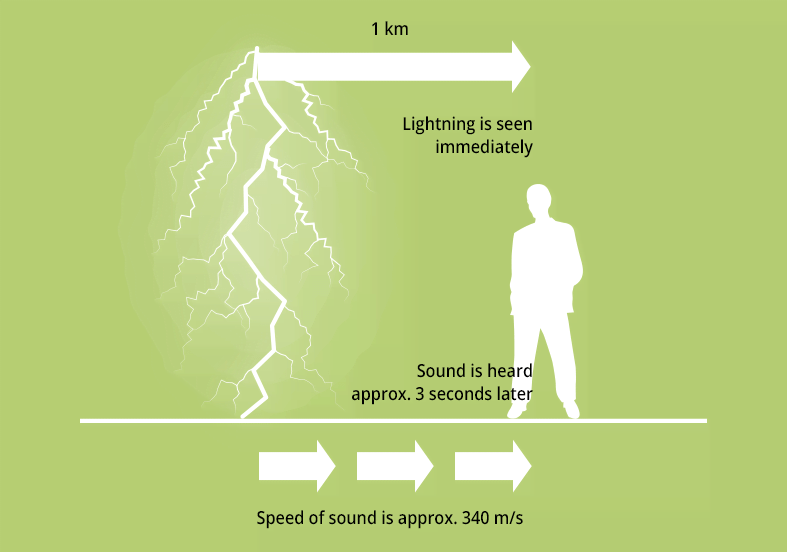