Environmental noise measurement and control has two basic objectives: To protect us today against noise intrusions which annoy us and disrupt our daily activities and to protect us in the future against increasing noise levels that would further reduce the quality of our environment.

The basic unit of measurement for environmental noise, as recommended by ISO 1996/1, is the dB(A), but other measuring concepts, based on dB(A), are used to provide single-number criteria for describing fluctuating noise and to predict human reaction to the temporal qualities of noise.

Brüel & Kjær's companion article Measuring Sound describes the fundamentals of acoustics and the use of Sound Level Meters. This article explains the specialized criteria and measuring techniques peculiar to environmental noise. 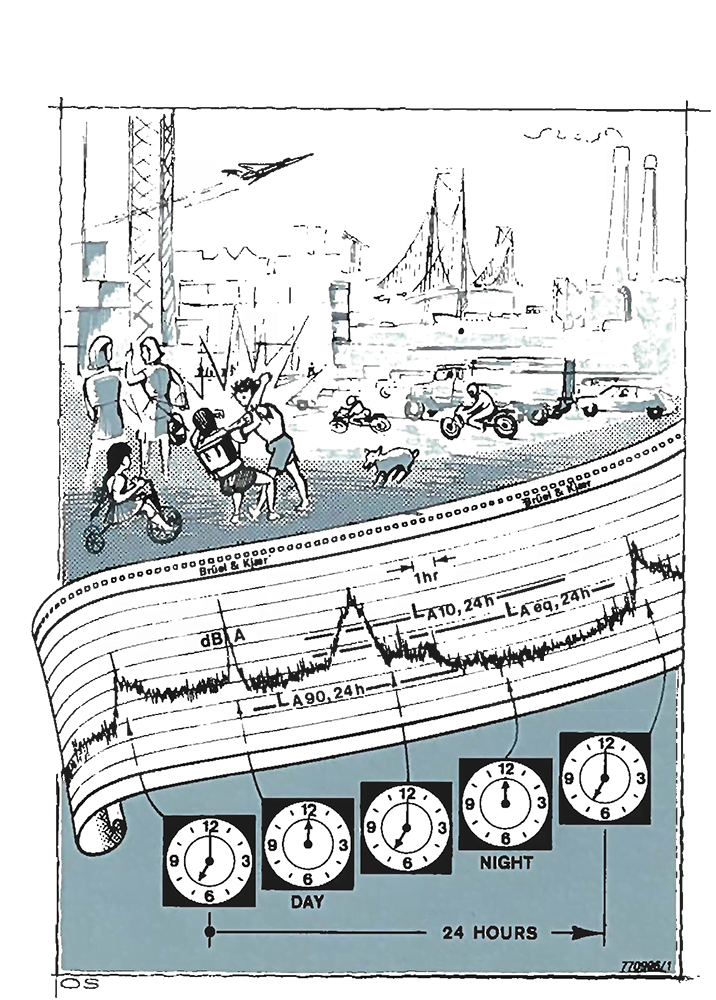 Ambient noise includes all sounds present in an environment. The ambient noise level may be measured at any moment, but it will vary widely with time, e.g., with the coming and going of trucks and aircraft. Traffic noise is higher at noon than at midnight and higher still during the morning and evening rush hours. Therefore, a single dB(A) measurement says very little about ambient noise.

Complete noise histories can, however, be recorded graphically, but, such charts are unwieldy and cannot be condensed to fit easily into reports, furthermore, they are difficult to interpret and describe verbally. They give too much raw data, a frequent problem in dynamic measurements, which has created the need for simple noise descriptors.

One such descriptor, recommended by ISO 1996/1, is LAeq,T, the equivalent continuous dB(A) level which has the same energy as the original fluctuating noise for the same given period of time T. LAeq,T is an excellent criterion for studying long-term trends in ambient noise. However, It does not convey any measure of environmental noise variations which is also an important factor when considering human response.

To overcome this ISO 1996/1 recommends measuring percentile levels , LAn,T, i.e. that dB(A) level which Is exceeded for N% of a stated time period T. Percentile levels reveal maximum and minimum noise levels. They are used In baseline studies and in environmental impact statements to protect against new highways and new industrial plants degrading the acoustic quality of the environment.

The most common measurement in environmental noise is the dB(A) level. It can be measured with a simple Sound Level Meter having an A-weighting filter to simulate the subjective response of the human ear. The dB(A) level is used to report ambient noise and noise intrusions, it is also used in computing LAeq,T and LAn,T.

Ambient noise should be measured with the Sound Level Meter switched to its "F" (Fast) time weighting. The range of ambient noise fluctuations should also be reported, e.g. 54 to 58 dB(A). When measuring noise intrusions, the maximum level should be reported, to assist in this some Sound Level Meters have a Max-Hold mode in which electronic circuitry captures and holds on display the highest measured dB(A) level.

In automotive noise enforcement, the Max-Hold feature is an advantage because it does not require an experienced operator and the data is more credible in court testimony. Graphic Level Recorders are available for recording the noise history of transient events and of long-term environmental conditions. 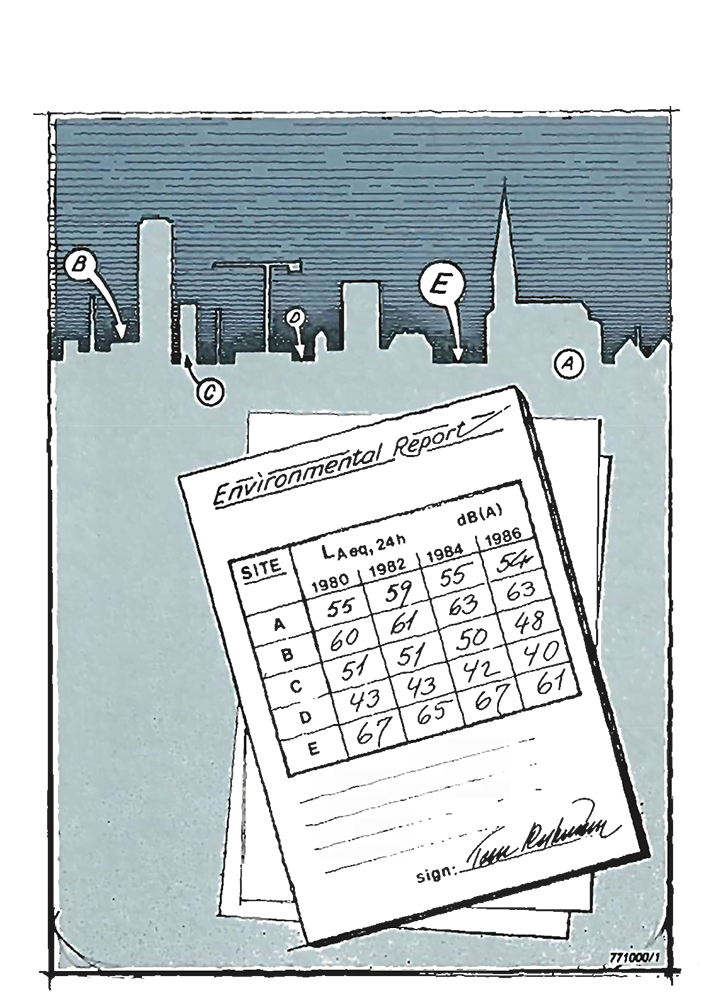 For studying long-term trends in environmental noise, it is convenient to use a single-number descriptor e.g. to define an entire day's noise history. The descriptor most often used is LAeq,T i.e. that continuous dB(A) level which would have produced the same A-weighted sound energy in the same time T as the actual noise history.

The simplest instrument for measuring LAeq,T is an Integrating Sound Level Meter. It both monitors noise and computes LAeq,T. When reporting LAeq,Tt, the period of observation T is frequently understood to be 24 hours unless otherwise stated. Quite often LAeq,T measurements are also required for intermediate periods (normally two to three within a 24-hour period) to determine how noise varies with time and hence community activities.

A Noise Level Analyzer is available for measuring and reporting all the descriptors mentioned above as well as the statistical data described in the following.

Human response depends greatly upon the range with which noise levels vary in a given environment. For a given LAeq,T we would find a higher, more steady, level more tolerable than a lower background level with frequent noise intrusions.

The statistical descriptor for the variation of noise is LAn,T, I.e. that dB(A) level exceeded for N% of the time T. For example, LA90,T is used to estimate the residual background noise level in the environment whereas LA1,T or LA10,T is used to estimate maximum levels. The complete range of LAn,T levels, known as the cumulative distribution, can be measured directly using specially designed Sound Level Meters or Noise Level Analyzers; these instruments are also capable of measuring the corresponding probability distribution of the noise levels.

LAn,T and LAeq,T values are used to evaluate existing noise environments in order to control the impact of predictable noise sources such as highways and construction sites.
Two environmental noise ratings make use of the descriptors mentioned here and on the previous page. The first is called the Traffic Noise Index, TNI, and the second Is called the Noise Pollution Level, NPL. Both ratings can be measured directly using a Noise Level Analyzer. 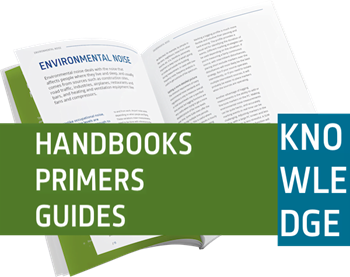