The Acoustic Properties Of A Ripe Watermelon

As watermelons ripen, their natural frequency drops, and so does damping. If a watermelon is overripe, the damping increases dramatically, resulting in a dull thud when you tap it.

Generally, you want to pick a melon that gives a hollow, ringing sound when you tap it. But beware, you really don’t want the watermelon that emits an extremely hollow sound when tapped, because it’s probably about to turn into mush. If you get a dull thud, it has already turned to mush.

Measurements have been made on classic muscle cars and heavy-duty tractors, pianos have been tuned, the intonation of guitars has been set and the acoustics of churches and halls improved – all using Brüel & Kjær’s products.

However, one of our favorite, off-the-wall applications involved measuring the acoustic properties of watermelons.

Listening For A Hollow Sound

When Alex Reinhart was a junior in high school, he had noticed that his mother would try to determine the ripeness of watermelons at the supermarket by picking them up, tapping them vigorously, and listening to the sound.

Curious to see if there was any scientific basis behind her approach and because he needed a project for the school science fair, he developed a test using an accelerometer and an analyzer to determine the correlation between the acoustic response of watermelon and its ripeness.

“Engineers like to solve problems. If there are no problems handily available, they will create their own problems.”

Armed with eight watermelons, a wrench, and an accelerometer, Alex went to work. He tapped each watermelon 10 times with his wrench to provide the impact and used the accelerometer to measure the
natural frequency, reverberation time, and 1/3-octave spectrum of each impact.

Alex then compared his results with the subjective evaluation of 20 volunteer taste testers (guests) who, taking into account juiciness, sweetness, and overall ripeness, ranked the watermelons on a scale of 1 to 5 (5 being the best). 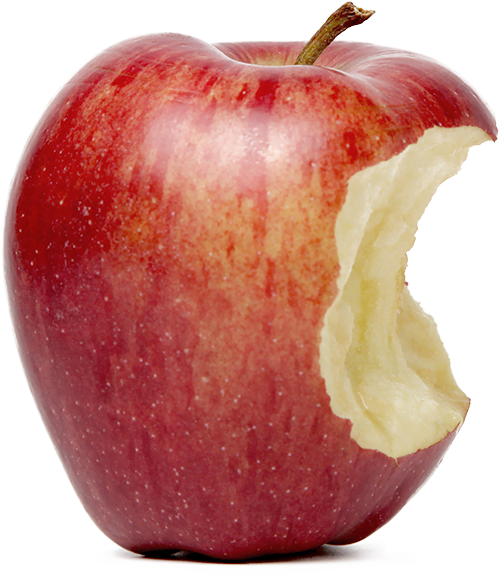 When it comes to the crunch, you can’t beat New Zealander Arthur Green and his SweeTango™ apple grown in Hawke’s Bay, New Zealand by The Yummy Fruit Company.

Arthur Green crunched his way into the record books achieving the Guinness World Record for the loudest crunch of an apple.

The record-breaking event took place at Roundhead Studios, Auckland where an outstanding 79.1 dB(C) was recorded by a certified sound engineer using a Brüel & Kjær Type 2250 hand-held analyzer. Surprising when you consider that the average office environment only comes in at around 60 dB(C).

Maybe you should consider a banana the next time you feel like a snack at work!