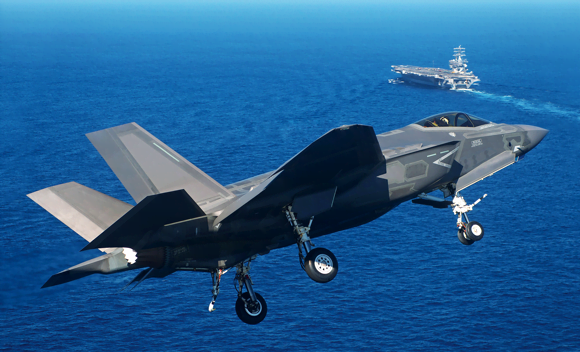 Global partnerships
It is in Fort Worth, Texas, famous for its frontier atmosphere, that Lockheed Martin’s sophisticated fifth generation combat aircraft is being manufactured. Creating an unprecedented fighter jet takes unprecedented collaboration and many different global partnerships have helped to create the F-35 Lightning II – a fifth generation, multirole fighter. It is perhaps little known that the world’s best acoustic experts from
Brüel & Kjær have contributed to the development of this aircraft. 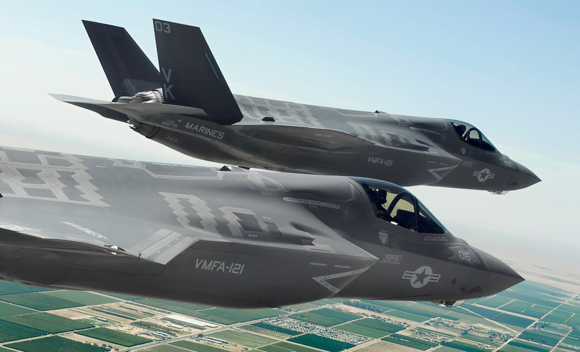 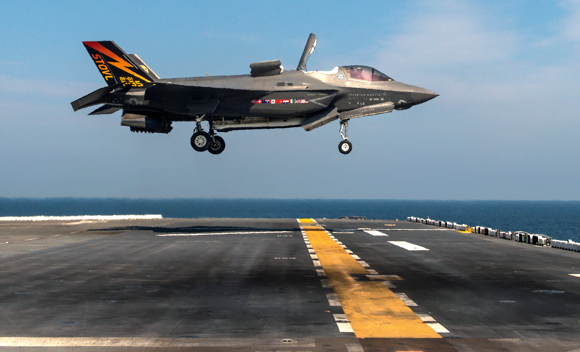 Similar to a helicopter that before landing can fly stationary, just above the ground, the F-35B short take-off/vertical landing (STOVL) variant has the ability to hover. This is made possible through the Rolls-Royce patented shaft-driven LiftFan® propulsion system and an engine exhaust nozzle that can swivel 90 degrees when in STOVL mode.

The Rolls-Royce LiftSystem® is the first to enable STOVL operations for supersonic-capable aircraft. Ground crew working in close proximity to these jets are exposed to more noise than with a conventional take-off/landing. 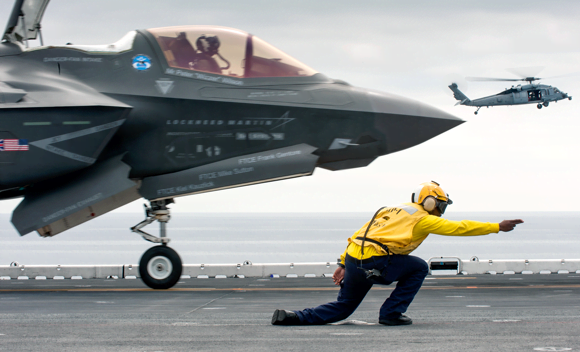 Vibration testing demanding applications
Lockheed Martin uses specialized domain expertise across all of its core business areas and Brüel & Kjær has not only been helping with acoustics but also when it comes to complex vibration testing to ensure the integrity and reliability of fighter jets, missiles and satellites. Extensive product qualification tests and stress screening tests are carried out to make sure that these demanding applications can sustain launch condition, deployment, transport, and long-term operation. 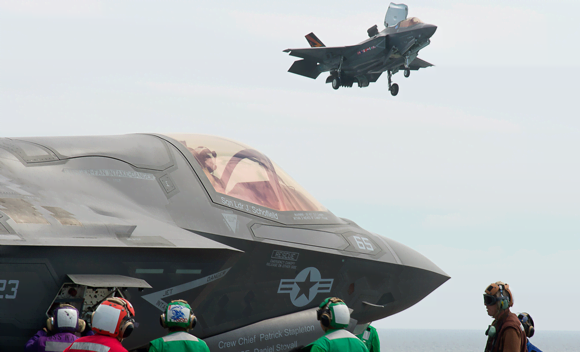 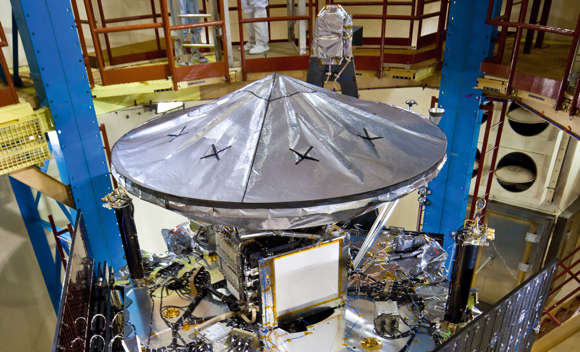 Ideal for testing large aerospace systems
Lockheed Martin is using approximately 450 LAN-XI channels for vibro-acoustic data acquisition. Based on standard, modular, commercial-off-the-shelf PULSE LAN-XI Data Acquisition Hardware, the flexible solution allows for individual modules to be used freely – either by themselves in the lab or test-centre, or alternatively mounted together in a large frame. Depending on test requirements, Lockheed Martin can take a module out of a frame and use it in the control room or in whatever way that suits the test best. This flexible solution makes it ideal for testing large structures, such as satellites and spacecraft.

Mission-critical collaboration
Lockheed Martin works with leaders within their fields across the world, resulting in the most advanced solutions. In this demanding environment, reliability and high performance are paramount, and comprehensive noise and vibration measurement and analysis solutions must provide accurate and fast results. Joining forces with the world leaders in acoustic and vibration testing is a successful collaboration that has been on-going for more than a decade. As Egbert Hood comments, “Noise awareness is a high priority for Lockheed Martin and Brüel & Kjær supports this and proactively helps us with the latest solutions.”

This is a partnership where both sides have benefitted from sharing experience and working with the most advanced products – within challenging design and development time frames. Together, highly skilled noise and vibration experts have addressed some of the most advanced engineering needs around, tackling analysis and measurement of the most sophisticated satellites, missiles and fighters the defence industry has ever manufactured. 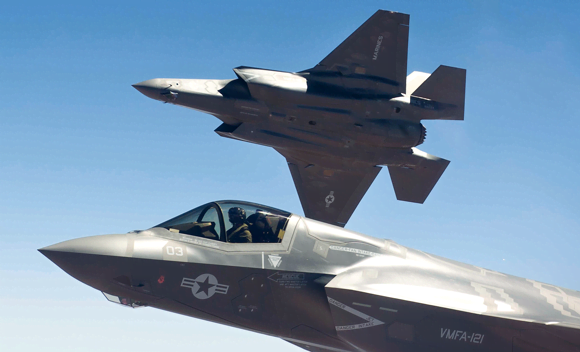 The F-35 – the most powerful single-engine fighter ever built
A multirole fighter is designed to excel in multiple combat missions. The F-35’s roles include air-to-air; air-to-ground; intelligence, surveillance and reconnaissance; electronic attack; and command and control. Using a combination of design, tactics and technology, the F-35 has advanced stealth capabilities, making it virtually undetectable. The integrated avionics and comprehensive sensor package give pilots real-time, 360-degree access to battlefield information.