When product development presents you with a challenge you can be sure you’re not the only one facing it.

Sony Corporation has always been a pioneer in the design of audio equipment, and its most recent development direction is in Hi-Res audio. It has long been claimed by some audiophiles that digital audio lacks some of the nuances of high-quality, vinyl recordings. Since standard digital-CD-quality audio covers the full audible frequency range, the assumption is that the difference is due to artefacts from the interference of ultrasonic harmonics in the recordings. Hi-Res audio is loosely defined as having a higher sample rate than the standard CD, 44.1 kHz, and/or a higher digital representation than 16-bit.

Early in the new millennium, Sony engineers became convinced of the value of Hi-Res audio; not just for improved clarity and definition of audio reproduction but also for more precise positioning of sounds in binaural space. Research has shown that humans can detect time differences down to five microseconds. This is a key driver for the positioning of audio objects in virtual soundscapes for gaming, music performance reproduction or engineering purposes, as well as improving the quality of the reproduction. 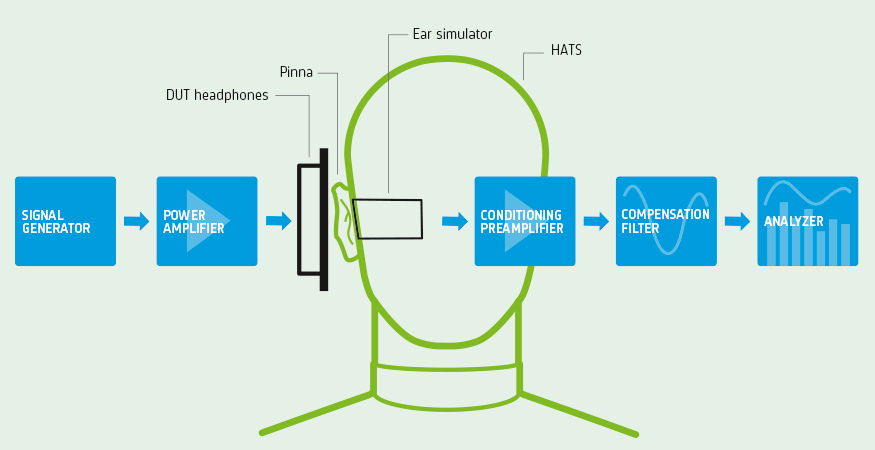 Finding the golden middle way
The Sony team mapped out the parameters they considered had the most influence on the accurate measurement of human response to sound. Tsunoda continues, “At the frequencies we’re working with, the geometry of the human head, in particular the ear pinna and canal, have an immense impact on the accuracy of the measurements, and the biggest challenge is that there are huge differences in the shapes of human heads and especially ear pinnas. We have to find an average or mean geometry that is the best compromise, but if the spread of the variations is too wide, then the measurements made with the average will be meaningless to large parts of the population.” 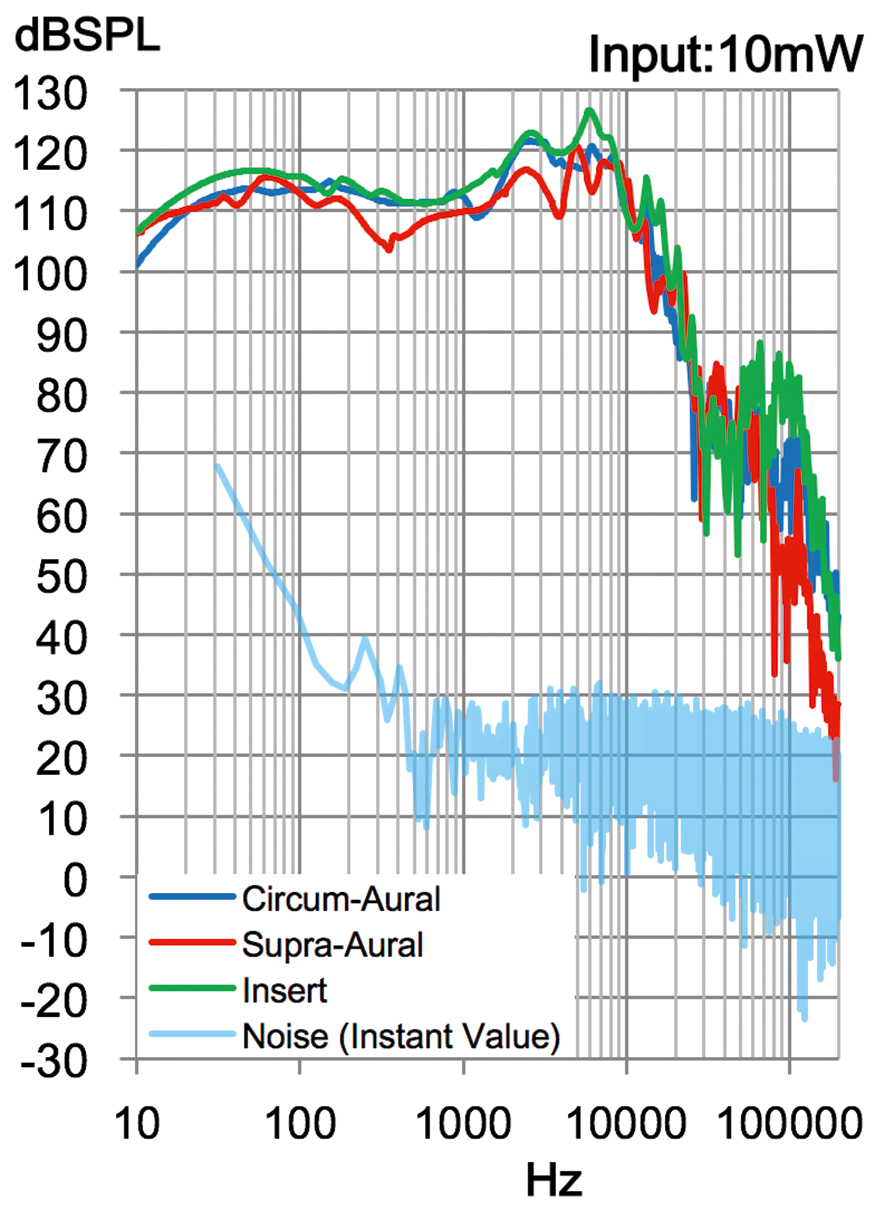 HATS output vs background noise spectrum: Instant value
Having reviewed the published data on the subject, the team decided they needed to do their own research on head and ear geometry. Of primary importance was the geometry of the ear canal. To obtain an accurate geometric model, Sony measured several human ear canals using an MRI scanner. They also measured a range of human pinnas and averaged the results to get a mean geometry. Using this data, they used 3D-printer technology to build a human ear simulator to replace the ear simulator and pinna in a standard HATS Type 4128.

Experimental redesigns
The next challenge was to optimize the measurement system. To try to get close to duplicating the human ear experience, they knew they had to measure close to the ear drum location in the desired frequency range. The microphone in a standard Brüel & Kjær HATS has a frequency range limited to 20 kHz and a half-inch diameter. So, they decided to replace it with a Brüel & Kjær Type 4138 microphone, with a measurement range up to 140 kHz and an eighth-inch diameter, positioned at the location of the ear drum in the manufactured ear canal.

Team members Naotaka Tsunoda, Takeshi Hara, Koji Nageno and HATS
Tests on this configuration showed improved response over the standard HATS at higher frequencies and good correlation at lower frequencies for supra-aural (over ear) and circum-aural (on-ear) headphones, but for in-ear headphones they discovered a problem. “We noticed a significantly higher response in the 500 Hz to 4 kHz range for the in-ear headphones and guessed that we had not been able to match the human ear impedance accurately enough with our design” explains Tsunoda. “The in-ear headphone configuration produces a much higher acoustic load on the ear than other designs, and that’s when the problem was most apparent.”

Collaboration
Around this time, in 2015, Tsunoda speculated that the manufacturers of Type 4128 probably had the same issues with which he was wrestling. He contacted Brüel & Kjær to discuss Sony’s project and share information on future developments. As it happened, Brüel & Kjær had been working for some time on a realistic human geometry ear canal with a focus on optimizing the acoustic impedance of the new design. Under a collaborative agreement with Sony, the Brüel & Kjær team shared information on the prototype they had developed and explained the reason for the in-ear differences Sony was seeing. The Brüel & Kjær design featured a new high-frequency coupler with a ¼” microphone, which best matched the impedance of the human ear. After some discussions, Brüel & Kjær agreed to provide Sony with a prototype of the new HATS for them to use in their experiments. “It’s obviously better when we can leverage the knowledge of others and add it to our own experience to reach a goal faster,” says Tsunoda. “Our tests of the Brüel & Kjær prototype overcame some of the problems we had with in-ear device measurements.”

But are there more improvements to be made? “The pursuit of perfection is a road without destination,” comments Tsunoda, “there are still more enhancements we would like to make to the measurement system. For example, the geometry of the HATS head, though an effective standardized shape, doesn’t represent the average human head and gives us challenges when testing headphones with a headband. Our measurements indicate that the sides of the head should be tapered slightly towards the face. This would also help with the correct positioning of the headphones. There is still work to do.”

> Read more about the history of HATS