Letâs dive into the details.

A spring/damper element  kM is added to model the influence of the test object. The masses can move along the vertical axis, and their coordinates are xs, xband xt, respectively. The easiest way to derive the equations of motion is to use Lagrangeâs equations. 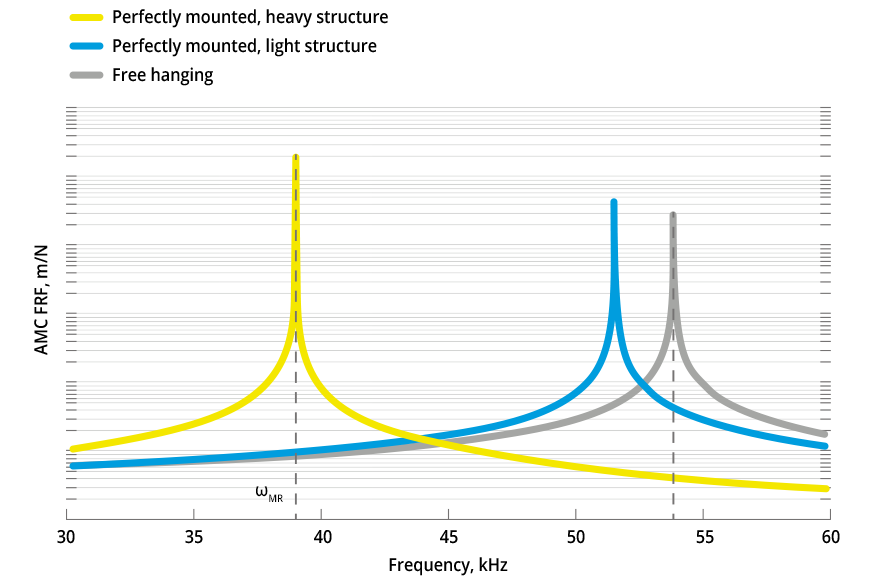 Before initiating AMC, one needs to make sure that the accelerometer is properly mounted on the structure. When initiated, AMC looks up the value of the mounted resonance frequency in the transducer database and generates a swept sine excitation in the range around ÏMR (the white region).

If the accelerometer is mounted on a structure made of light material, the reference AMC FRF may look like the blue curve (kM â â, mt small). In the white region, it is almost impossible to distinguish it from the free hanging AMC FRF, and thus the AMC can fail.

To prevent this, the BK Connectâ ¢ software introduces a pre-test wizard to recognize such situations.