Sean Olive - Hooked on The Science of Sound

Audio guru Sean Olive grew up in Ontario, Canada, in a small city called Brockville, the gateway to the Thousand Islands. A musical childhood playing the piano, French horn and trumpet, and singing in a choir led to a music degree and a career dedicated to the perception and measurement of sound quality.

Beyond a Bell & Howell tape recorder I received at Christmas when I was about five years old, my interest in audio started in my undergraduate studies at the University of Toronto. I lived in a menâs residence comprised of primarily engineers. Audio and music were frequent topics of conversation, and many of my housemates built their own amplifiers and loudspeakers.

In 1979, at the end of my first year, I purchased my first audio system â paid for by playing the piano at night at a local hotel. It cost $1000, which was a lot of money back then. Meeting Dr Floyd Toole at the National Research Council in 1985 was really the transformative event that was the beginning of a 30+ year research career in audio and acoustics.

I applied for a summer job in his acoustics lab at the National Research Council to complete my masterâs research and thesis and ended up spending seven years there. He was doing pioneering work into the perception and measurement of loudspeakers that fascinated me. It was the first time I saw someone taking a scientific approach towards measuring listenersâ impressions of loudspeaker sound quality and correlating them with acoustic measurements.

Finally, there was a way to bring scientific understanding to the field of audio that was in dire need of it. I was completely hooked. 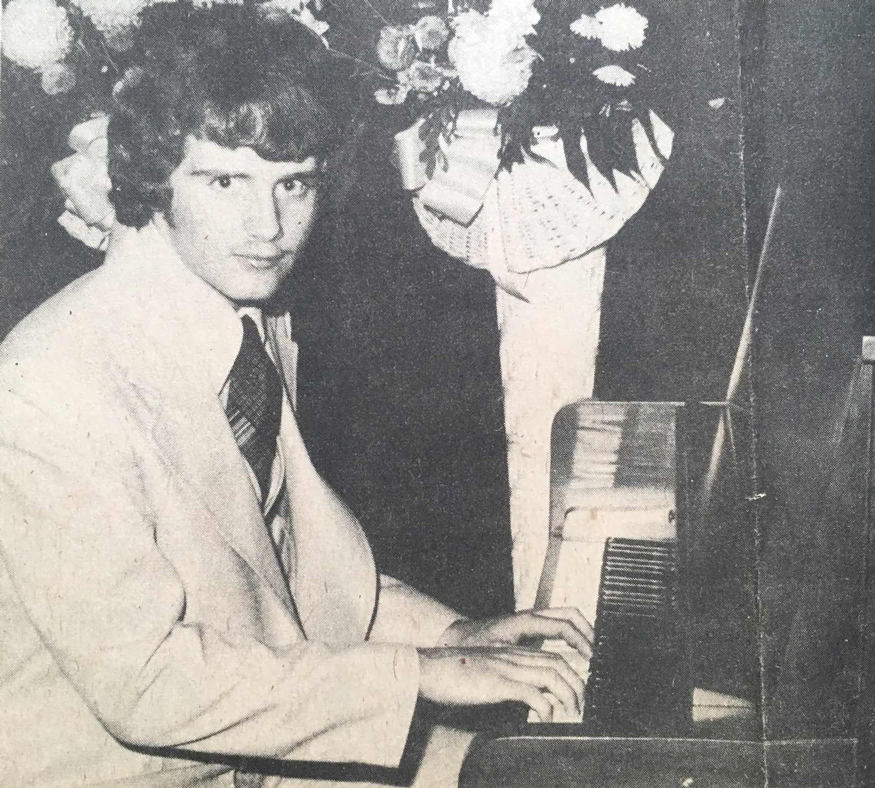 Sixteen-year-old Sean Olive, star of the Lions Club Music Festival, at the piano

Your first degree was in piano, your post-graduate in sound recording. What took you from one to the other?

As an audiophile and music student, I had two traumatic experiences where recordings of my final year piano recital and a jazz orchestration that I wrote were so abysmal that I decided to take matters into my own hands. Upon graduation, I enrolled in McGillâs Graduate Sound Recording programme to learn how to make better recordings.

âIâve always had a passion for music, science and human behaviour. So, conducting research in the perception and measurement of sound and music reproduction is the perfect marriage of two passions.â
Dr Sean Olive

What is the most challenging thing about what you do?

The biggest challenge is designing listening tests that can provide accurate and reliable ratings of sound quality. At the root of the problem is controlling the numerous physiological, psychological and acoustic nuisance variables at play. When done properly, we can begin to see correlations between listenersâ perceptions and the acoustic performance of sound being evaluated. From these listening tests, we have learned that humans, regardless of age, culture and listening experience, generally agree on which products sound good and which donât. There is a universal definition of what is good sound.

We are currently developing scientific methods for measuring the subjective and objective sound quality of smart loudspeakers like Google Home, Amazon Echo and the smart speakers that Harman has developed. The goal is to figure out how to optimize and predict their sound quality through machine learning, much like weâve done for traditional loudspeakers and headphones.


In your most recent paper, you proposed a statistical model that predicts listenersâ preference ratings of headphones. How did you first come upon the concept of the model?

The headphone research has been an ongoing five-year project. Our focus on in-ear headphones began in 2016. The statistical model for predicting listenersâ preference ratings of headphones based on deviations in its frequency response was really an extension of a similar model I developed in 2004 for predicting listenersâ loudspeaker ratings. The only difference is the headphone ratings are based on a single curve whereas the loudspeakerâs radiation uses several curves to characterize its sound over a sphere.
One of the big challenges was figuring out how to do a controlled scientific listening test with different headphones, which led to our virtual headphone test method. The current model only considers the headphoneâs frequency response, which is the dominant factor related to its sound. Future models should incorporate any audible non-linear distortions.

How close do you think the industry has gotten to perfection in headphone design?

We now understand what the target response should be for achieving good sound. The industry now needs to figure out how to design headphones that consistently hit the target. This is a more difficult challenge for passive designs but easier for active headphones with digital signal processing (DSP). The new AKG N5005 in-ear headphone uses multiple drivers making it easier to hit the target. Beyond that, there is still progress to be made in controlling leakage effects, which can significantly affect bass and active noise control (ANC) performance, and finding mechanical and electroacoustic solutions to provide better fit and sound for individual listeners. Listening to stereo over headphones is a spatially unrewarding experience, as most sounds appear inside or near your head, so there is work to be done there. The current ITU and EBU standards for headphone performance are outdated and need to reflect what makes a headphone sound good.

Sean Olive and one of his favourite pastimes â skating; seen here with his children and sister on a frozen lake in a snowstorm

In the future, what will be the most exciting changes in the audio industry?

I think technologies like augmented reality (AR), virtual reality (VR) and autonomous driving cars are going to be very disruptive to audio. Consumers will want and expect high-quality audio with 3D spatial rendering that matches the quality of the visual and tactile cues. Autonomous cars will allow more time and opportunity to enjoy these rich experiences. Imagine sitting back enjoying a performance in a virtual Boston Symphony Hall while being driven home in your car.


What do you consider to be the all-time-best music recording?

There are so many good recordings, but most recently, I heard a DVD concert of âPaul Simon and Friendsâ recorded live at the Library of Congress. To me, it sounded pretty good, probably much better than if I was sitting in the audience at the event. Itâs not unusual today that the reproduced sound you hear at home is significantly better than the sound at the live event.

Plus, there is no freeway traffic, $25 parking, or long line-ups at the bathroom.