Beijingâs Bell Tower and Drum Tower were used to mark time from the 13th century until 1924. Join Liangwei Shen and Ang Li in their attempt to capture the sound and vibration qualities of the bell to analyze the room acoustics.

The Bell Tower, which could be heard over 20 kilometres away and heralded the morning and opening of the city gates, remained silent until 1990 when it was struck on New Yearâs Eve to mark the new year. 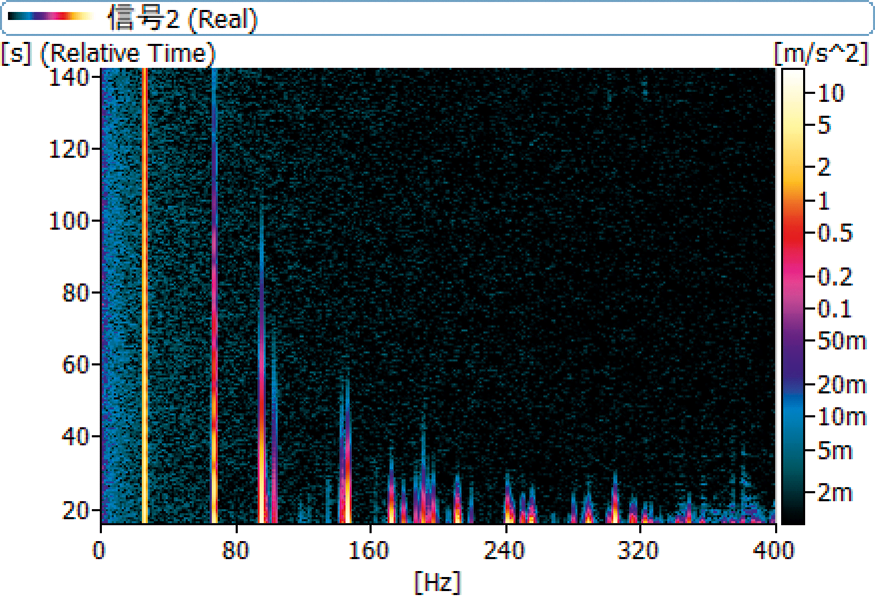 The vibration signal takes more than 140 seconds before decaying, shown by the FFT vs time and total slice, which shows the most prominent tone to be around 26 Hz. Beating frequencies were also found when the bell was vibrating
Professor Yang Yang from Shanxi Universityâs Music Department sought to apply modern acoustic theory to ancient structures. BrÃ¼el & KjÃ¦râs Liangwei Shen and Ang Li then attempted to capture the sound and vibration qualities of the bell and analyze the room acoustics. Capturing the vibration data of the bell was successful. But the bellâs sound power was of such a magnitude that it triggered nearby car alarms, thereby polluting the sound data. 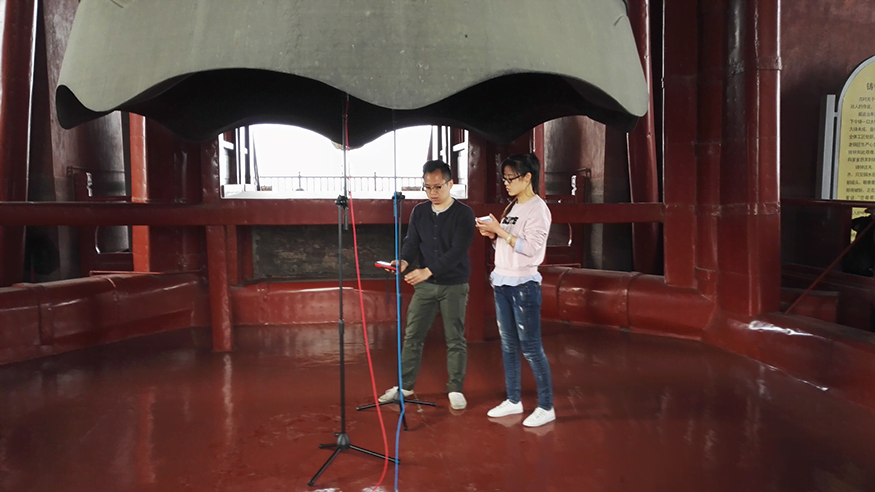 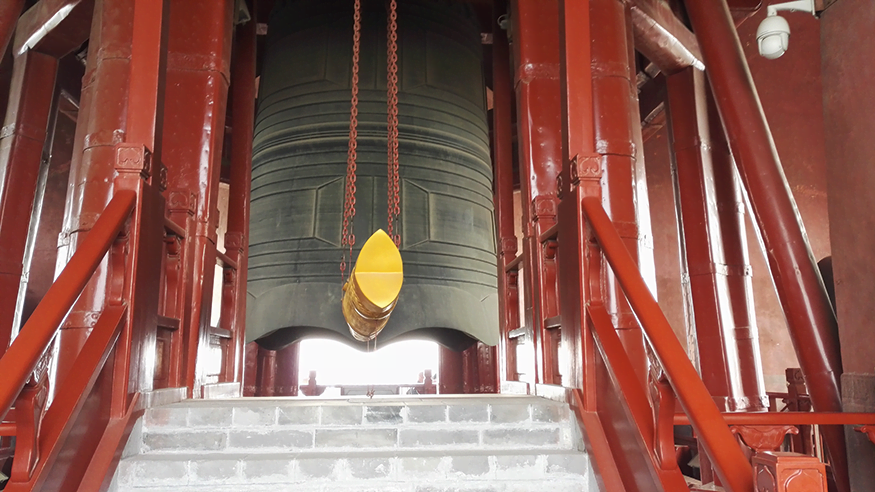 In the most modern car alarms there are vibration sensors that detect if there is an attempt to break a window, for example. The article âWavelength, frequency and speed of soundâ in the April 2017 issue of Waves explains how sound waves propagate through the compression and decompression of air, which of course would transfer to the surface of a car as vibration, and if the magnitude of that waveâs sound power is high enough, off goes the alarm.