Aircraft Certification requirements for civil aircraft are derived from the International Civil Aviation Organization (ICAO). Each ICAO contracting state then establishes its own legal framework to implement the internationally agreed standards and recommended practices.

After the disappointment of the YS-11, the government of Japan developed a strategy for its civil aircraft industry that, besides joint ventures with international manufacturers, involved forming a consortium of Japanese aircraft manufacturers for developing and producing new aircraft and providing government financing for aircraft R&D programmes. 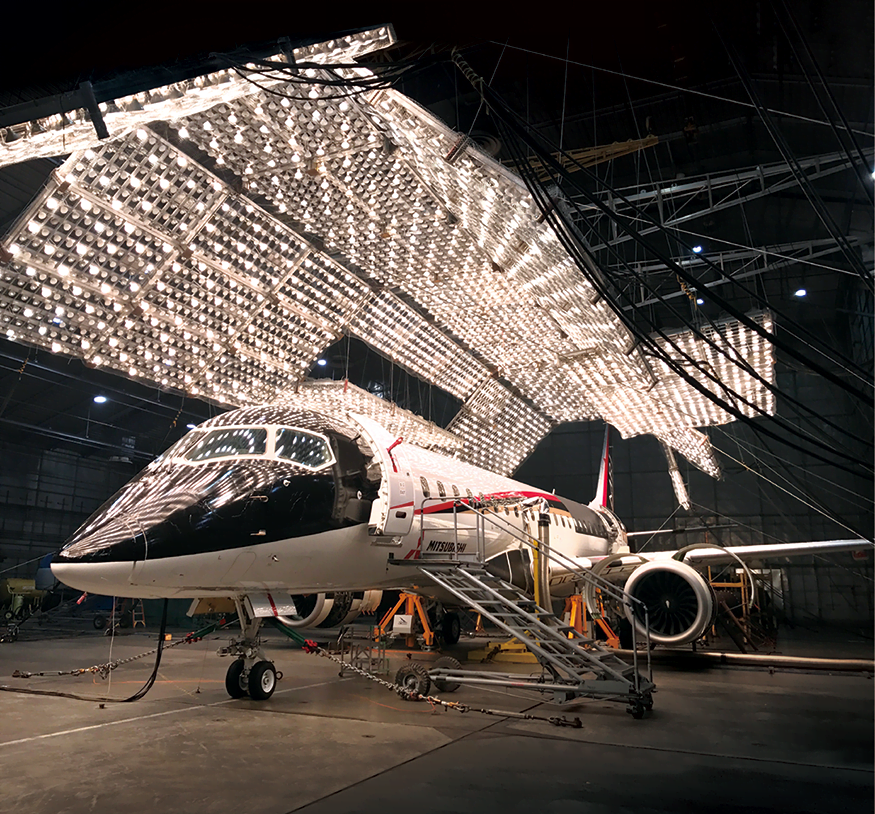 Japan is renowned for its technological prowess, but the country also has a strong tradition of aircraft design, going all the way back to pre-World War II and Jiro Horikoshi, who is known to many as the father of Japanese aircraft design.

What makes the MRJ design special?

With the goal of achieving advanced energy efficiency and aerodynamics and superior passenger comfort, the MRJ started with a clean-sheet design. The engine is Pratt & Whitney’s Geared Turbofan™, which is optimized specifically for the MRJ and burns a fifth less fuel than an aircraft of similar size. At the same time, the combination of a streamlined nose, low-drag fuselage, low-drag tail cone and optimized wing and engine configuration increases fuel efficiency and makes for a smoother, more fluid ride. 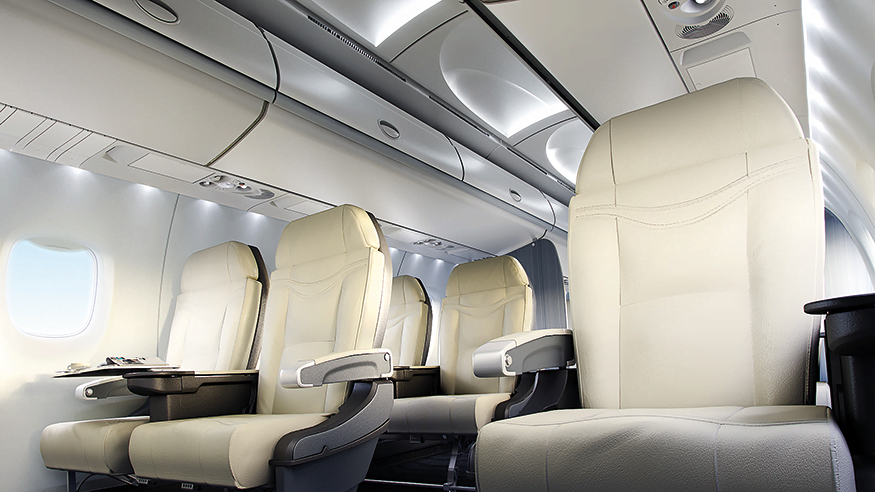 The Journey Towards Certification

Currently in the certification phase, MITAC is conducting a series of tests at Moses Lake testing facility near Seattle, including tests for safety, functionality and noise. The Moses Lake engineering team works closely with another engineering team in Nagoya, Japan that allows for a constant flow of communication. “Any data that needs crunching, engineering that needs to be worked out, we can hand it over to Japan and they can take a stab at it while we’re asleep,” says one of MRJ’s operations support engineers. 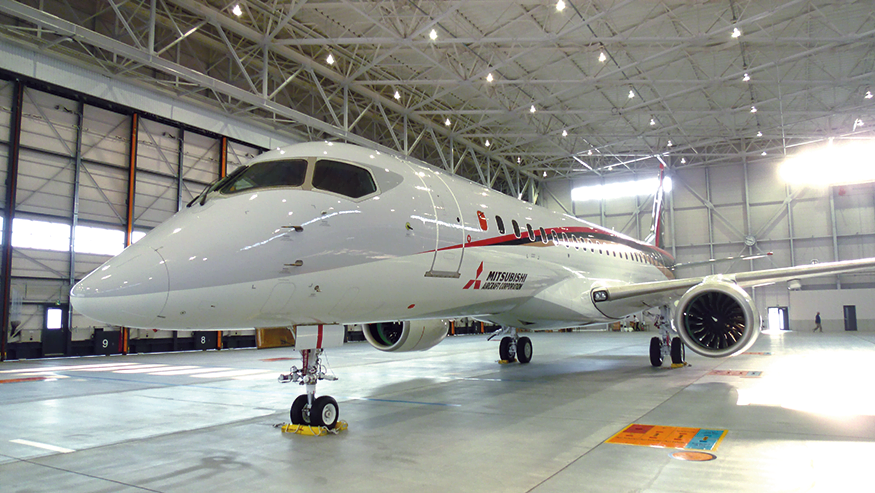 LEARN MORE
LAN-XI DAQ MODULES For measuring noise on the apron, LAN-XI modules are distributed on the ground, enabling faster multichannel measurement across a wide area with fewer engineers. During ramp noise testing on the ground, the LAN-XI modules must not be too close to the aircraft, so extended LAN cables make it possible to effectively record and make real-time measurements under the aircraft body.

To evaluate cabin noise, MRJ uses Brüel & Kjær’s sliced wheel array and hand-held array , both of which are mounted with multiple microphones, to perform noise source identification (NSI). With NSI they can test for leakage of noise into the cabin through the cabin wall and interior trim. This helps identify areas of the aircraft that need continued analysis or further design.

For any other on-site noise or vibration measurement, LAN-XI can be used for investigating any issue, as it is easy to transport from place to place to make quick real-time measurements. This helps keep the development of the aircraft on schedule.