The latest research into Blind Source Separation (BSS) â a technique that involves separating a mixture of sounds â indicates that it is a good method for assisting the automotive industry in evaluating noise from different sources. Despite the complex algorithms involved, results suggest BSS may be a superior and more intuitive technique compared to the widely used Source Path Contribution (SPC) analysis.

Often, we are only interested in a single source of noise, so the challenge is to determine the target signal from all the signals in the mixture. Blind Source Separation (BSS) is a discipline within signal processing that involves separating a mixture of sounds and obtaining an estimate of each sound coming from various individual sources. The âblindâ refers to the fact that only a mixture of the sound is available and sometimes the number of different sources is unknown. A classic example is the âcocktail party scenarioâ, where the listener is able to focus on a single talker among many conversations. Here, the processing is done by the human brain. Using BSS, researchers have tried to capture this effect on measured microphone signals extracting any desired signal.

This means that the mixing process of sources into microphone signals is highly complicated. In addition, as the term âblindâ infers about the problem setup, usually only a recording of microphone outputs is available and no other information of the acoustic paths between sources and microphones is given â researchers just have to assume that the signals produced by the sources are independent. 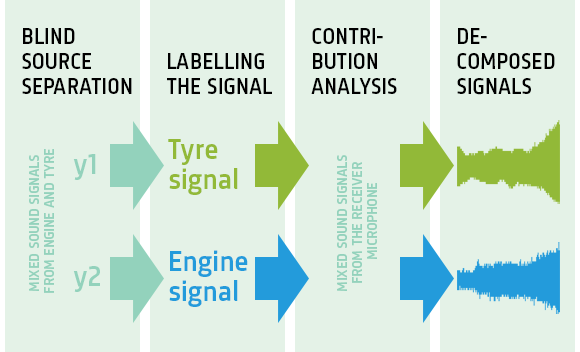 For several years, BrÃ¼el & KjÃ¦r has been researching BSS, believing it could be a more accurate and less time-consuming method for extracting different sound sources compared to SPC. Given the right algorithm, BSS could, for example, help solve the problem of separating engine and tyre noise using a set of close microphones.

An opportunity appeared when BrÃ¼el & KjÃ¦r was invited to take part in an EU-funded research project to identify the contribution of different engine modules to the exhaust noise from a turbo-shaft helicopter engine during operation. This was the platform that was needed to further develop the knowledge of BSS and help to apply it to the aerospace and automotive industries.

The plan was to install sensors into the engine and develop different methods to perform the source separation task.
BrÃ¼el & KjÃ¦r suggested the BSS approach, which was accepted by the other participants and the EU-funded project became known as TEENI (Turbo-shaft Engine Exhaust Noise Identification). 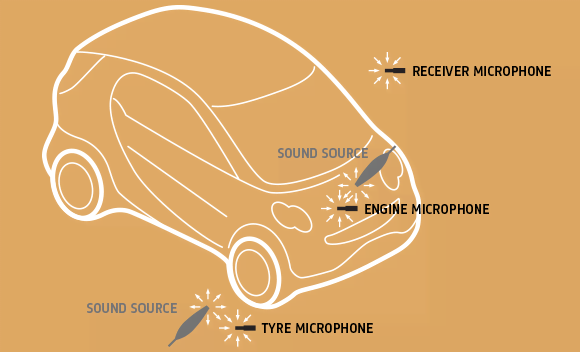 While the EU project was ongoing, BrÃ¼el & KjÃ¦r began to test the algorithm using datasets from previous projects, using the BSS processing of microphone signals to help resolve the contribution of noise from different parts of an operating car. The challenge was to validate the results. How can you, for example, accurately measure the noise from tires without the engine?

Using the same microphone positions and data for tire noise and engine noise that had been used for SPC analysis, it was possible to repeat a specific pass-by test to evaluate car noise for any source including engine, intake, exhaust, and tire, etc. This full-scale test of indoor vehicle pass-by measurements using BSS estimated the noise contribution from each tire. Comparisons to SPC modeling results were extremely positive and confirmed that the BSS method was a reliable way to separate the sources of sound and, whatâs more, the separation results were superior to those obtained with SPC analysis. The BrÃ¼el & KjÃ¦r method to apply the BSS concept to determine noise source contributions of vehicles is currently patent pending.

A systematic approach to validate the estimated noise contributions is planned for spring 2015 when BrÃ¼el & KjÃ¦r will conduct a joint project with Nissan Motor Co., Ltd. in Japan. Tests will be performed to compare BSS against the traditional âmaskingâ method so that researchers can obtain direct information about the separate noise contributions.
The masking procedure involves wrapping noise sources (for example, the engine) with heavy layers or mounting silencer systems. Testing sources of sound in this way is, of course, a cumbersome contribution analysis technique that is unrealistic to use regularly, but it does offer a good way of verifying the accuracy of the BSS method.

Yoshihiro Shirahashi, Senior Engineer with the Noise and Vibration Performance  Engineering Group at Nissan comments, âWe have high expectations for this joint project with BrÃ¼el & KjÃ¦r and are confident that we will succeed in establishing a strong method for evaluating noise from different sources.â 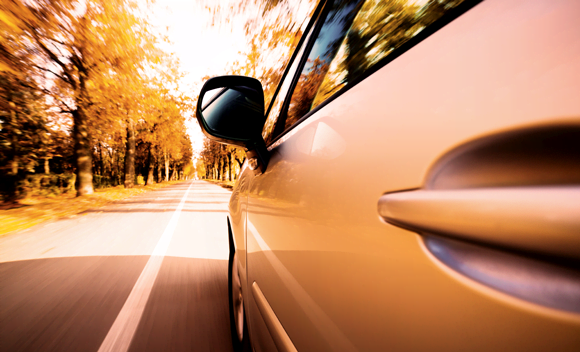