A world on the move â the growing number of people with the means and desire to fly has created an estimated need for more than 40,000 new aircraft over the next 20 years.

The aviation industry is facing stringent requirements to reduce its environmental footprint. But technological innovation and development â from concept to certified product â can take decades.

âThe speed of configuration is an important criterion. The integration of the Excel file into the system configuration allows us to not only set up and control the test from the spreadsheet, but also to perform a test while preparing the configuration of the next test on a separate station, and still track each configuration for each test.â
Test engineer, Safran Aircraft Engines
The innovative architecture of the Open Rotor concept engine is unique. Built around a Safran Aircraft Engines' M88 Rafale engine, chosen for its compactness, the Open Rotor has two counter-rotating fans with 12 and 10 composite blades respectively. The front propeller is 4 meters in diameter, and the rear one slightly smaller to avoid interaction with vortices generated by the tips of front propeller blades. Unlike a classic engine, they are unshrouded, not only reducing the overall weight but also increasing the drawn airflow providing a bypass ratio (ratio between cold and hot airflows) exceeding 30:1. The increase of engine airflow results in higher propulsion efficiency, improving fuel consumption, and consequently cutting CO2 emissions. The Open Rotor engine could eventually reduce fuel consumption and emissions by 30% compared to todayâs turbofan engines.

Testing is an essential part of this groundbreaking project, and with a pioneering new design like the Open Rotor, this is no small affair. With the revolutionary unshrouded engine architecture, use of cutting edge new materials, and innovative manufacturing processes, the engine test must capture all manner of dynamic data to both ensure the reliability and integrity of the test, and to provide the reams of data for design analysts to ponder. For this, Safran Aircraft Engines test engineers utilized the BrÃ¼el & KjÃ¦r gas turbine test solution, that had earlier proven its worth in the even larger scale tests run during certification of CFM's LEAP* engine. 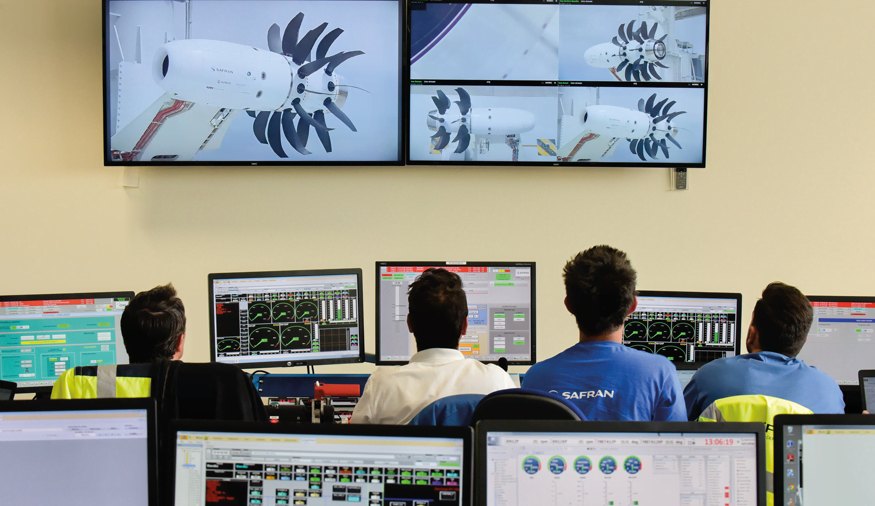 Configuring it out â fast, easy, and foolproof

Before any test can be performed, engineers must complete the complex task of pre-test planning and set-up, which consists of two potentially time-consuming phases. The first phase involves defining the many different sensor types and measurement aspects. A lot of upfront information needs collating from the test team and then configured into the test system. This can be a laborious finicky exercise, which is a prerequisite for a successful test but ripe for introducing errors. By collating this data into one MicrosoftÂ® ExcelÂ® file during the planning phase, Safran Aircraft Engines could simply load it into the master data acquisition PC and set up the entire system. The spreadsheet contains all the defined parameters for time recording and processing of the signals, as well as all sensors with their measurement characteristics. Additionally, it contains all the set-ups for the data monitoring terminals, and the alarm monitoring system that can signal alarms to the testbed pilot and test operators.

The second phase consists of physically connecting the many hundreds of channels of diverse data such as vibration, strain, pressure, and dynamic displacement to the acquisition system. This can be a complex affair of sorting out what goes where and how. However, as the system is built around BrÃ¼el & KjÃ¦râs LAN-XI hardware unit, which has no channel binding, any channel can be connected to any input.

Keeping a close eye on things during all stages of the test is important to ensure the validity of the test and to confirm that dynamic parameters remain within limits. Engineering teams monitor vital parameters in real-time to safeguard the integrity of the engine. Real-time alarms can warn of limit breaches, and logbooks keep a record of the test process.
âThe system needs to be able to manage all types of sensors, offer fast implementation and allow real-time monitoring of signals on different computer stations.â
Test engineer, Safran Aircraft Engines 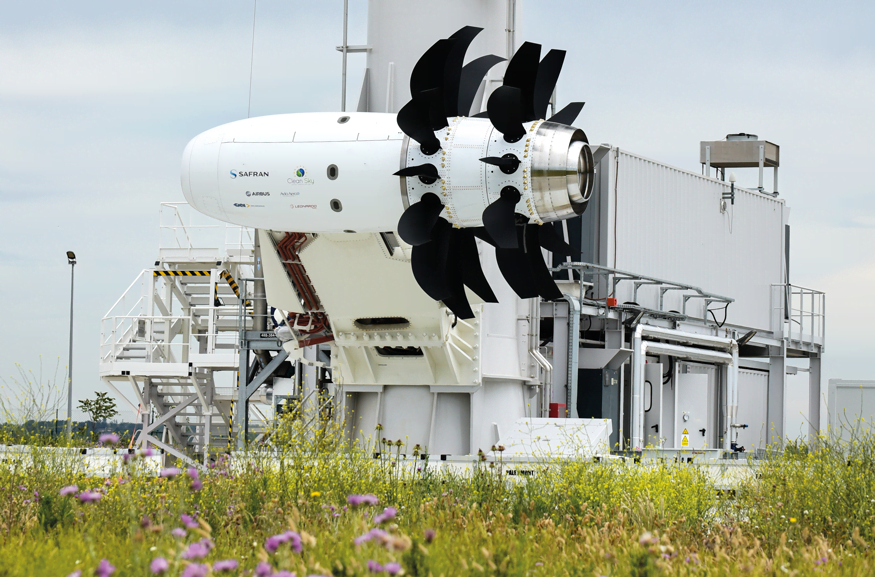 One of the test engineers concludes, âIt was extremely easy to explain the use of the system in a very short time to all different engineering departments and partnersâ.

âThe real-time conversion to datx format and the speed with which data is transferred to the engineering office is unbeatableâ. Following four days of testing on the open rotor, we asked an engineer returning from the site what he thought of the dynamic data acquisition system provided in Istres. His reply was encouraging, âI have nothing special to say; it did everything I wanted it to do. What else can I ask for?â

A short pause and he adds, âI just wish that I could do the same real-time analysis from my office because a lot of my time was spent on-site waiting for the engine to rotate.âFor Safran Aircraft Engines, the overall results of this first phase of testing were promising.