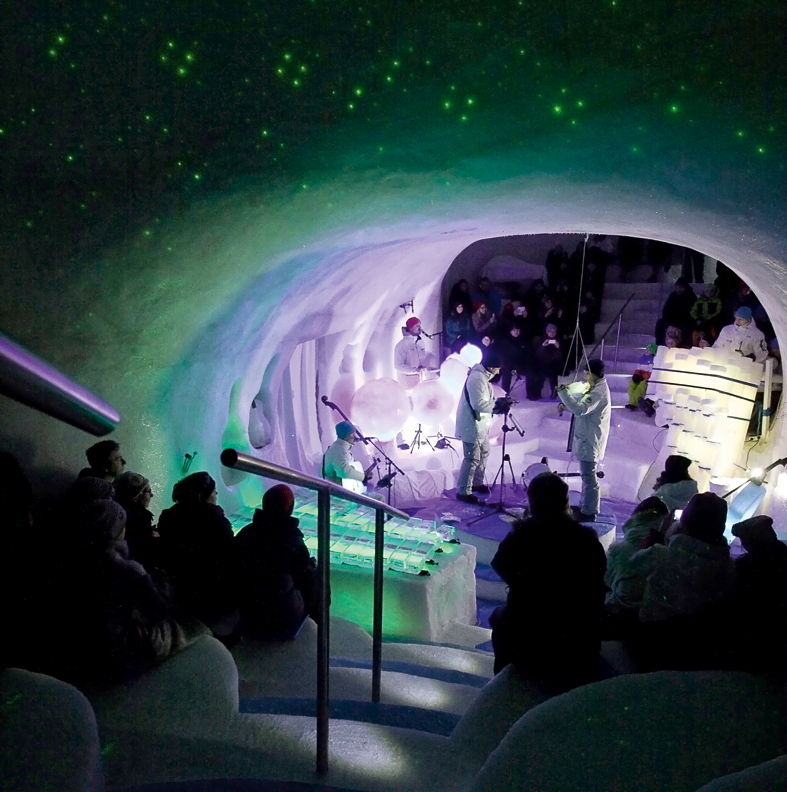 Ice absorbs vibrations, but not as much as wood, so the sound from an ice instrument is sharper and brighter than a traditional one. According to Tim, ice lets you hear more detail: “Because the ice is always changing, the crystals grow in different directions and there’s a lot of tension. When you send vibrations through the ice the molecules become more evenly spaced and flexible and good for creating music.”

Thirteen years ago, Tim was invited to Sweden to work with the Ice Hotel. Here, he built an ice pipe organ with 56 pipes, along with an ice orchestra. “I thought that this was going to be a great cold location for a concert,” says Tim. 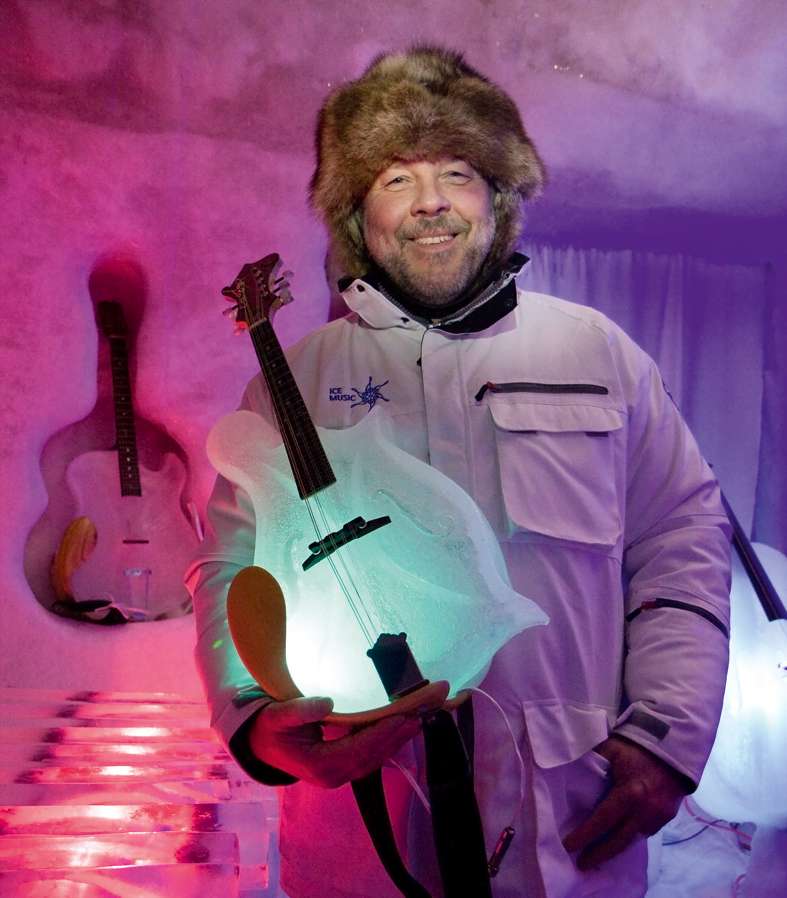 Following this, Tim began designing his own auditorium to provide good acoustics and keep temperature fluctuations to a minimum.

“The acoustics are complex,” says Tim. “There’s an amazing sweet spot in the middle of the igloo, which is wonderful for all the sound. But there are also places where you can’t hear the bass drum, for example.”

Tim works closely with a sound engineer to manage the cold and moisture interfering with the different channels. “The whole environment is challenging because of the close proximity of electricity and water,” explains Tim. “Every now and then a buzz occurs and the sound engineer helps identify it. He goes round with a hairdryer – even sometimes fixing channels mid-concert!” 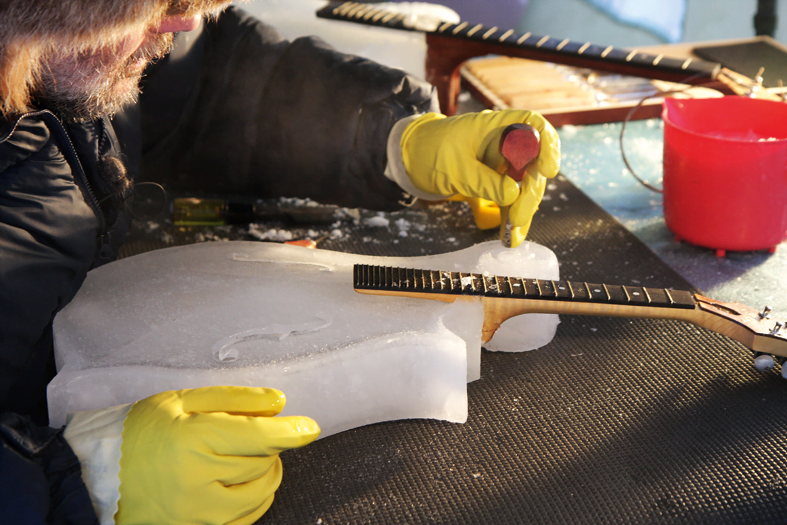 With the pitch problems in mind, Tim has invented new instruments, such as the ‘Graviton’ – a massive 37-string instrument with 2.2 tons of steel plates, some weighing up to 75 kg. The plates are hung on the end of the strings instead of tuning pegs. The weight creates tension in the ice and helps to hold consistent tuning. Another invention is the ‘Rolandophone’, which is a giant percussion instrument with 44 pipes that looks a bit like a pan flute. 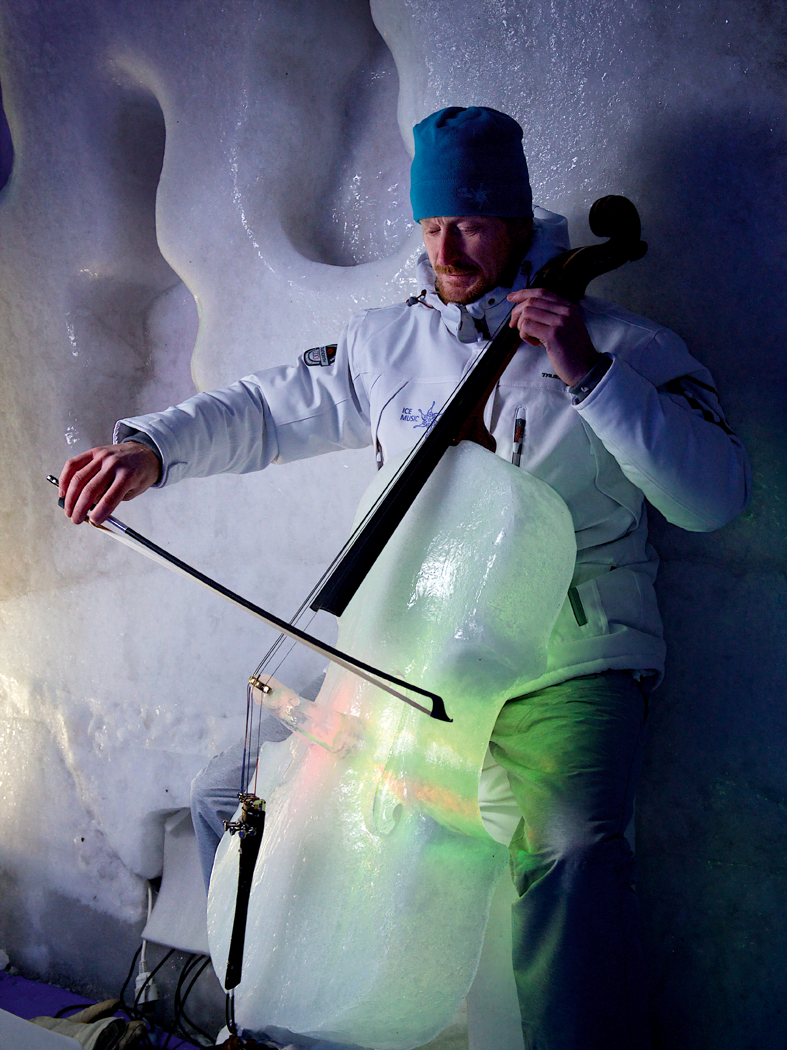 “A friend who built guitars asked if it was possible to build an instrument out of ice. So I built a giant bass, put strings on it from a piano, tightened the strings, and heard music." Tim Linhart