Removal of Incoherent Noise from an Averaged Cross-spectral Matrix The noise created by a wind burst in a microphone is a phenomenon that probably everyone is familiar with – for example, from TV interviews recorded outdoors. When performing microphone array measurements outdoors or in a wind tunnel, such flow noise in the individual microphones cannot be avoided. The level of the noise can be reduced using windscreens, but the noise cannot be completely avoided, and if the screens are not much smaller than the spacing between the microphones, the noise generated in one microphone will also be picked up by the nearby microphones. However, in the case of a voice recording taken outdoors, the flow noise and the voice have quite different statistical and spectral properties that can be exploited to develop algorithms for (partial) removal of the flow noise. This is more complicated with microphone array measurements in a wind tunnel, where the target aerodynamic noise from a vehicle and the flow noise in the individual microphones have similar properties. 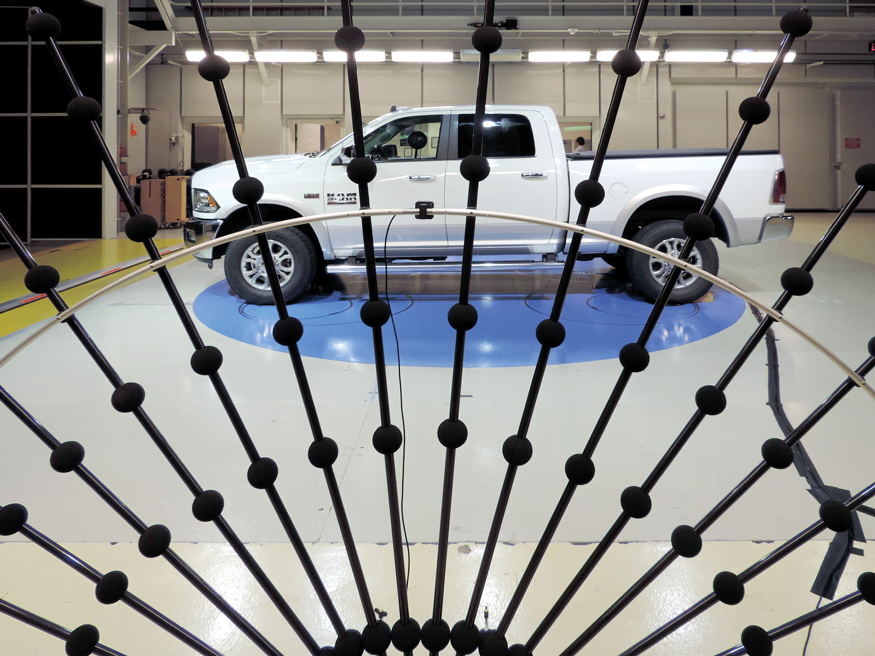 Array measurements in a wind tunnel are typically taken in an open, semi-anechoic facility, where the walls and the ceiling are sound absorbing and where the vehicle under test is in a flow region in the lower middle part of the facility. Arrays can then be placed outside of the core flow but as close as possible to the vehicle (and the flow) to get the highest possible resolution of sources on the vehicle. At the array position, the average flow speed will, therefore, be low (usually less than 5 m/s), but there will be turbulence. Arrays can be placed on the sides and/or above the vehicle.

Noise source localization is typically performed for each array using delay and sum (DAS) beamforming with the cross-spectral matrix (CSM) between all microphones in an array as input. The CSM has one row and one column for each microphone in the array. A selected element in the matrix contains the cross-power spectrum between the two microphones specified by the row and column indices of the selected element. The elements on the diagonal of the matrix, therefore, represent the autospectra for each one of the microphones.

We now assume the following: 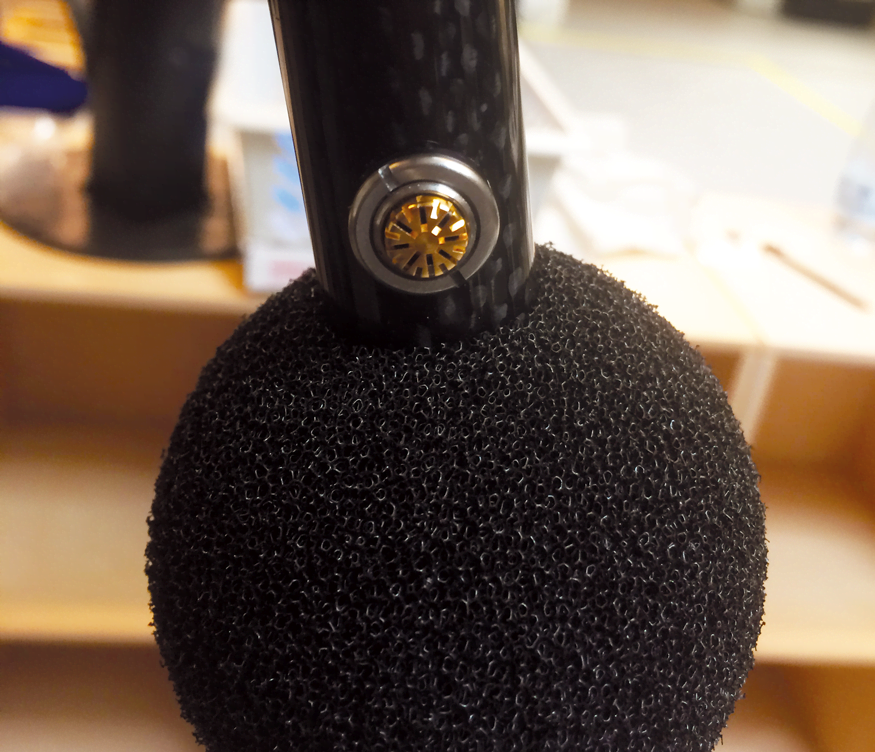 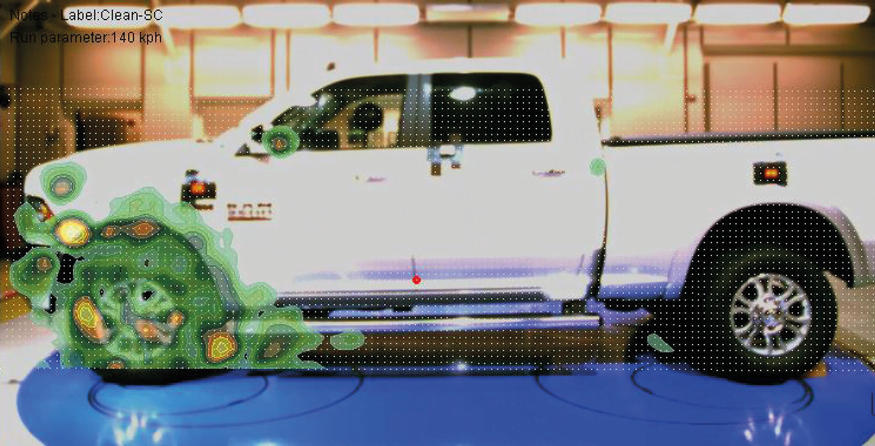 Source map produced using Clean-SCWith real measurements, however, there will be off-diagonal residual contributions from the incoherent flow-noise signals because of the finite averaging time used to obtain the CSM. These off-diagonal contributions will limit the flow-noise reduction in the autospectra achievable by DD. Based on simulated measurements with equal noise levels added in all channels, an approximate empirical model of the impact was developed. According to the model, the number of averages required to reduce the noise autospectra by a factor a is approximately a–2(M–1)1.25, M being the number of microphones. Thus, the required number of averages increases with an increasing number of microphones. According to the paper, this seems to be because the number of off-diagonal elements in the CSM increases faster than the number of diagonal elements, when the number of microphones is increased. Requiring, for example, a reduction by a factor a=0.1 (10 dB) for an array with 100 microphones, the required number of averages will be approximately 31,000. Measurements have been performed on a small loudspeaker with a section of the array exposed to airflow. The measurement results agree well with the predictions from the empirical model.